On February 21, Korean media outlet The Fact reported that the two actors, who have been swept up in dating rumors after starring together in the hit JTBC drama “SKY Castle,” were spotted together on a late-night date.

Although the two co-stars are known to be close, they previously denied being involved in any kind of romantic relationship. Last month, during a guest appearance on KBS 2TV’s “Happy Together,” Jo Byeong Gyu explained that their dating rumors had arisen after behind-the-scenes footage from “SKY Castle” had captured an affectionate moment between the two of them. At the time, their fellow co-star Kim Hye Yoon backed up their claim by agreeing that the two of them were not dating.

However, on February 21, both actors’ agencies responded to the reports by confirming that the two co-stars were now in a romantic relationship. 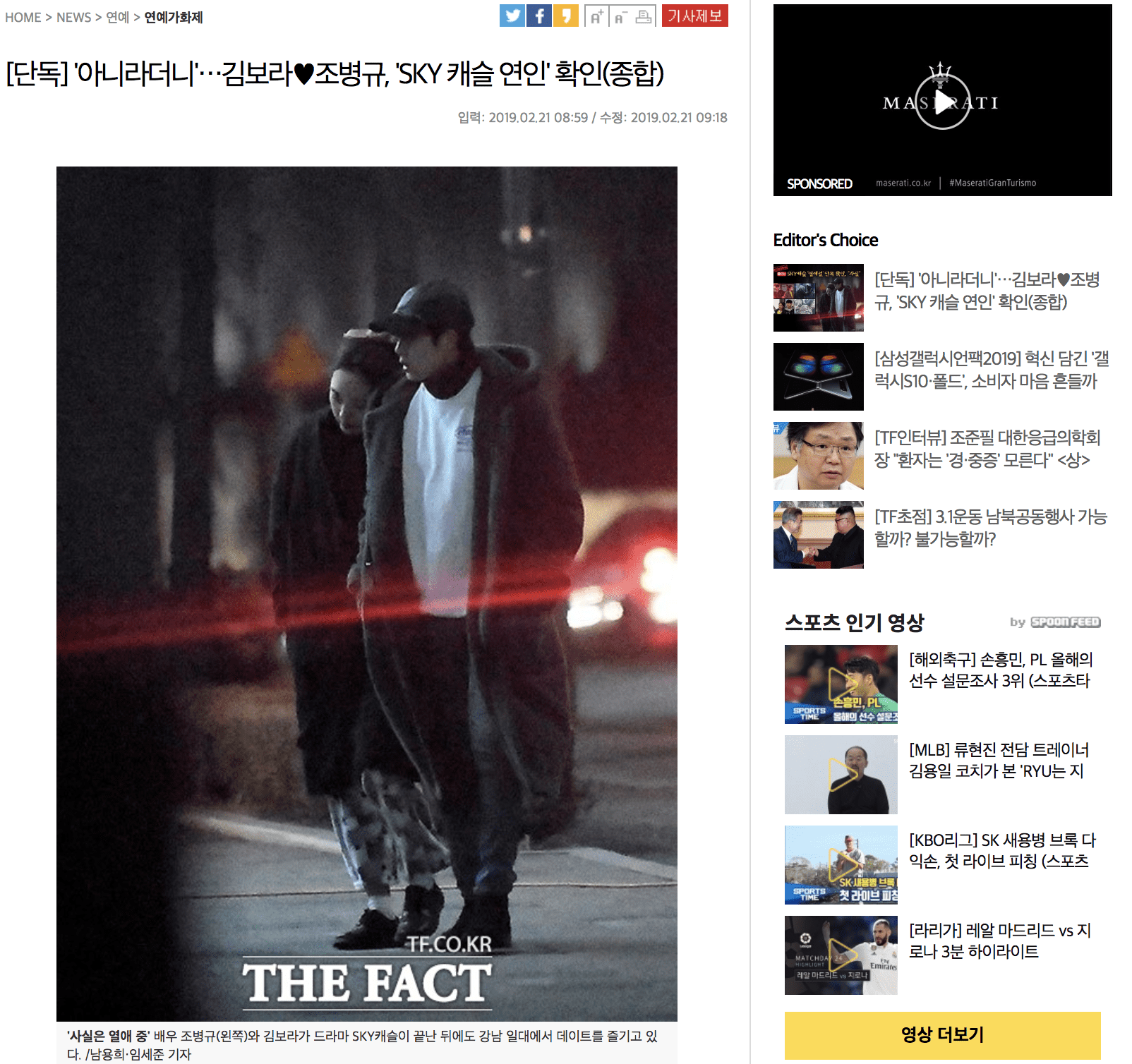 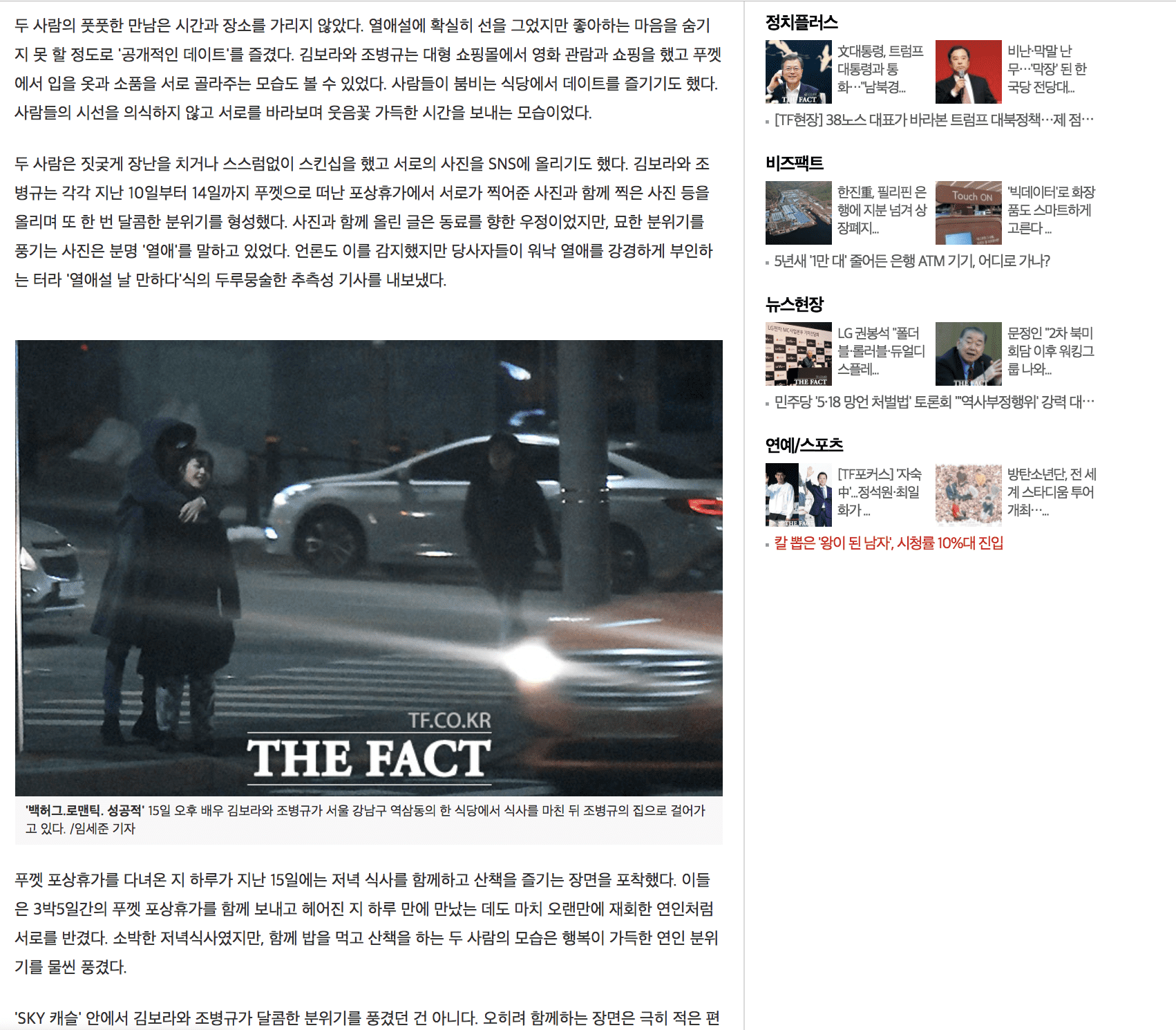 Check out The Fact’s video of the two stars on a date below:

You can also watch Kim Bo Ra and Jo Byeong Gyu in “SKY Castle” below!