A misunderstanding causes Lee Dong Wook to become filled with jealousy in tvN’s “Touch Your Heart”!

Oh Jin Shim (Yoo In Na) is a top actress that goes to work at a law firm with the perfectionist lawyer Kwon Jung Rok (Lee Dong Wook). Oh Eui Sik plays Gong Hyeok Jun, who is Oh Jin Shim’s manager since her debut. Having been by her side through everything, he and Oh Jin Shim are like siblings, and he loves and cares for her more than anyone.

In one of the photos, Lee Dong Wook gazes warily at Oh Eui Sik, seemingly mistaking Yoo In Na’s manager as her boyfriend. The two men are also caught in a scene with the actress, causing viewers to wonder what happened to them.

Previously, Oh Eui Sik had embarrassed Yoo In Na by questioning, “I’m just asking, but do you like the lawyer?” In the photos, Oh Eui Sik is giving Lee Dong Wook a hard, protective stare, as if he is sensing that the lawyer and actress are in a blossoming relationship. 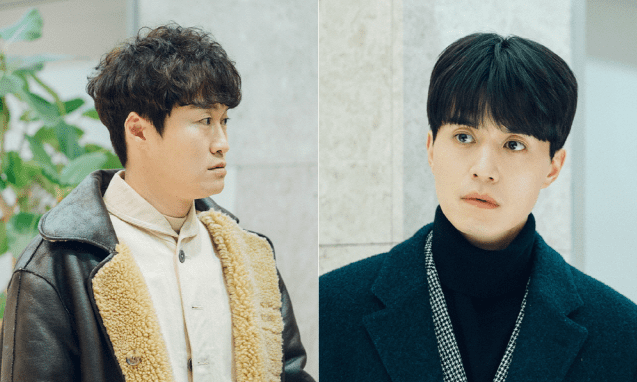 The production crew shared, “In episode six today, Lee Dong Wook will begin to mistake Oh Eui Sik as Yoo In Na’s boyfriend. Lee Dong Wook’s jealousy will accelerate the romance between him and Yoo In Na by heralding an unexpected game of push-and-pull.”

Lee Dong Wook
Yoo In Na
Oh Eui Sik
Touch Your Heart
How does this article make you feel?