“Haechi” is a historical drama that follows the friendships and love story of Prince Yeoning (Jung Il Woo), a prince who cannot become the king. Prince Yeoning teams up with Yeo Ji (Go Ara), a brilliant inspector who is skilled in everything from martial arts to investigating, and another inspector (Kwon Yool) at the Office of the Inspector General in order to fight against the evil Min Jin Heon (Lee Kyung Young) and make the prince the king.

One set of photos reveals Yeo Ji busily making her way in and out of a royal kitchen. She holds up a large iron pot, which is difficult to lift even with both hands, with one hand. The unimaginable power that comes from Yeo Ji’s slender form is surprising, but it also arouses suspicion from those around her. Her intense gaze makes it hard to distinguish if she’s fired up due to the food or due to training. 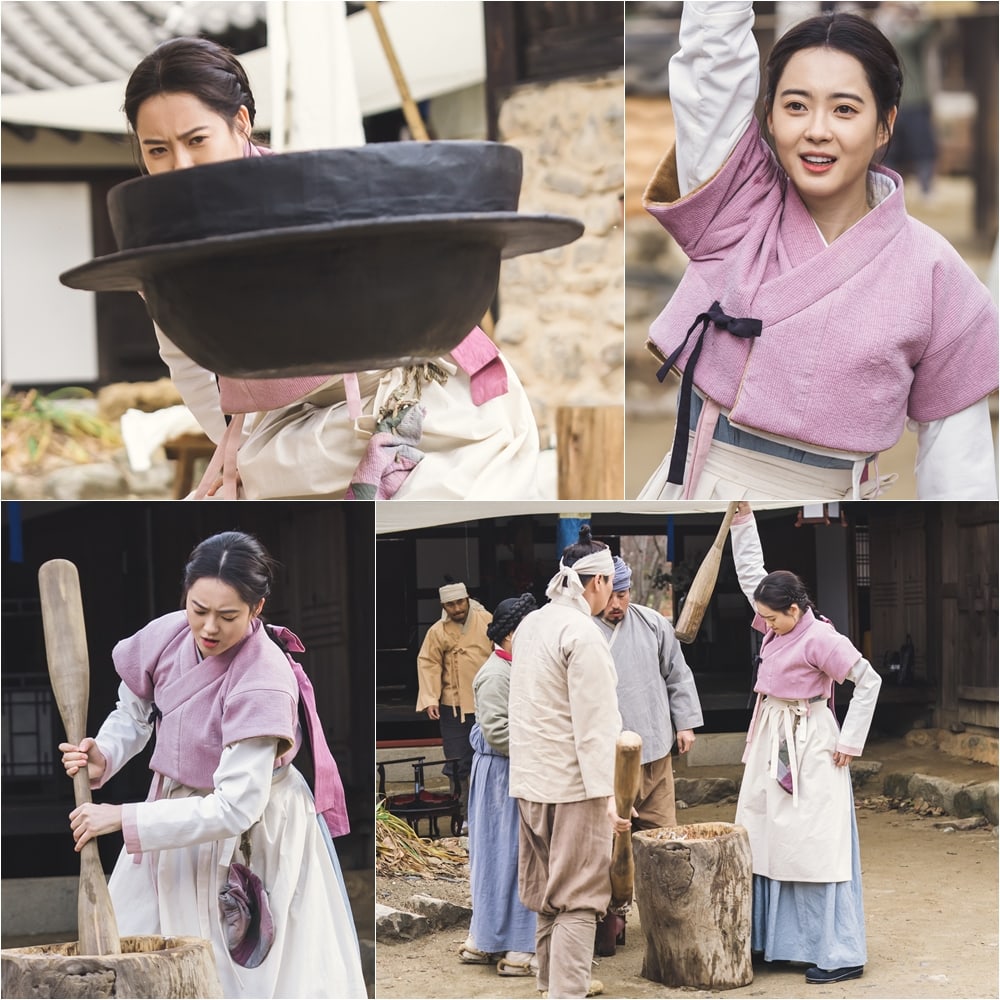 The other pictures show Yeo Ji pounding rice cake with uncontrollable power. The young men surrounding her cannot hide their shock at her antics. Viewers are curious to see why Yeo Ji, who once explained that she was called a “manly man” and “human weapon” by others, has suddenly transformed into a feminine cook.

According to the production team, Go Ara is putting in hard work to portray the role Yeo Ji more vividly. She constantly communicates with the production team during breaks and shows her passionate enthusiasm for her diverse scenes. She was described as a “natural vitamin” due to her smile that brightly shines on set anytime and anywhere.

“Haechi” airs on Mondays and Tuesdays at 10 p.m. KST. Catch up with the latest episode below!

Go Ara
Haechi
How does this article make you feel?