BTS has officially announced their plans for a new project entitled ARMYPEDIA!

On February 22, BTS launched a new Twitter account for their upcoming global campaign, which will chronicle the 2,080 days since the group’s debut on June 13, 2013. In a large-scale collaboration with BTS’s many fans all over the world, ARMYPEDIA will gather fans’ memories of the group to create an “archive of all things BTS.”

A representative of Big Hit Entertainment commented, “ARMYPEDIA is a global campaign that is entirely unique to BTS.”

Not only did BTS introduce their new project online through social media, but they also took out ads for ARMYPEDIA on billboards in seven different cities across the globe, including New York, Los Angeles, London, Paris, and Hong Kong. Each of the billboards appears to be one of the 2,080 hidden “puzzle pieces” corresponding to the 2,080 days of BTS’s career, with a QR code and matching date displayed prominently on each ad. 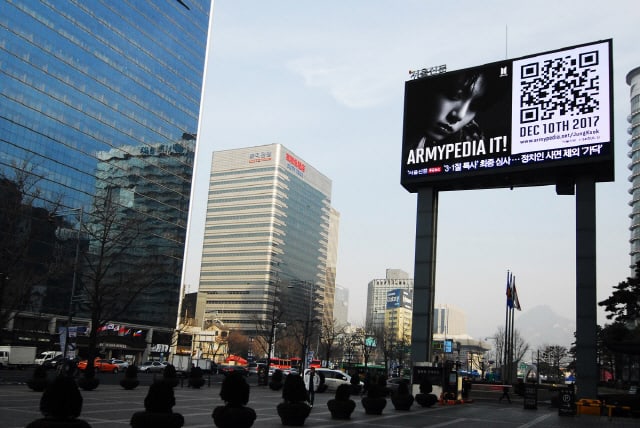 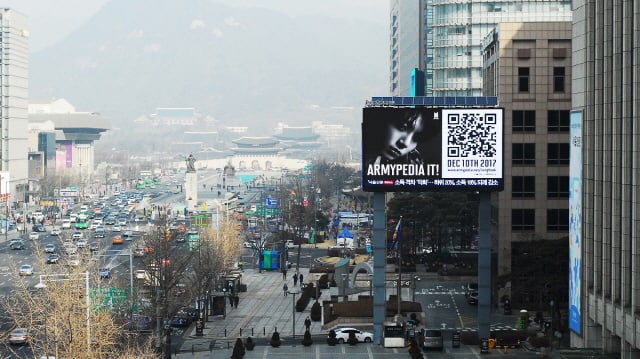 According to ARMYPEDIA’s official website (which fans first discovered on February 21), BTS has hidden 2,080 such puzzle pieces all over the world, both online and offline. Each puzzle piece corresponds to a specific date in BTS’s history, and every puzzle piece comes with its own QR code.

Once fans have found a puzzle piece, scanned its QR code, and successfully answered a quiz question about BTS, any ARMY across the globe will be able to post a memory about BTS related to that specific date.