“Doctor Prisoner” is a medical suspense drama about a brilliant surgeon who is driven out of his job at a large hospital and ends up becoming the medical director of a prison. Namgoong Min will take on the leading role of Dr. Nah Yi Jae, who aims to rid society of its evil individuals, while Hello Venus’s Nara will play Han So Geum, a psychiatrist at Nah Yi Jae’s former hospital Taekang University Hospital.

The released stills shows Nah Yi Jae and Han So Geum’s encounter at a prison. In the first two photos, Namgoong Min and Nara naturally transform into their roles while wearing white doctors’ gowns. Instead of having a normal hospital mark on his gown, however, Namgoong Min’s gown has a “correction” mark on it. This is Nah Yi Jae and Han So Geum’s first reunion in three years since they both worked at Taekang University Hospital. 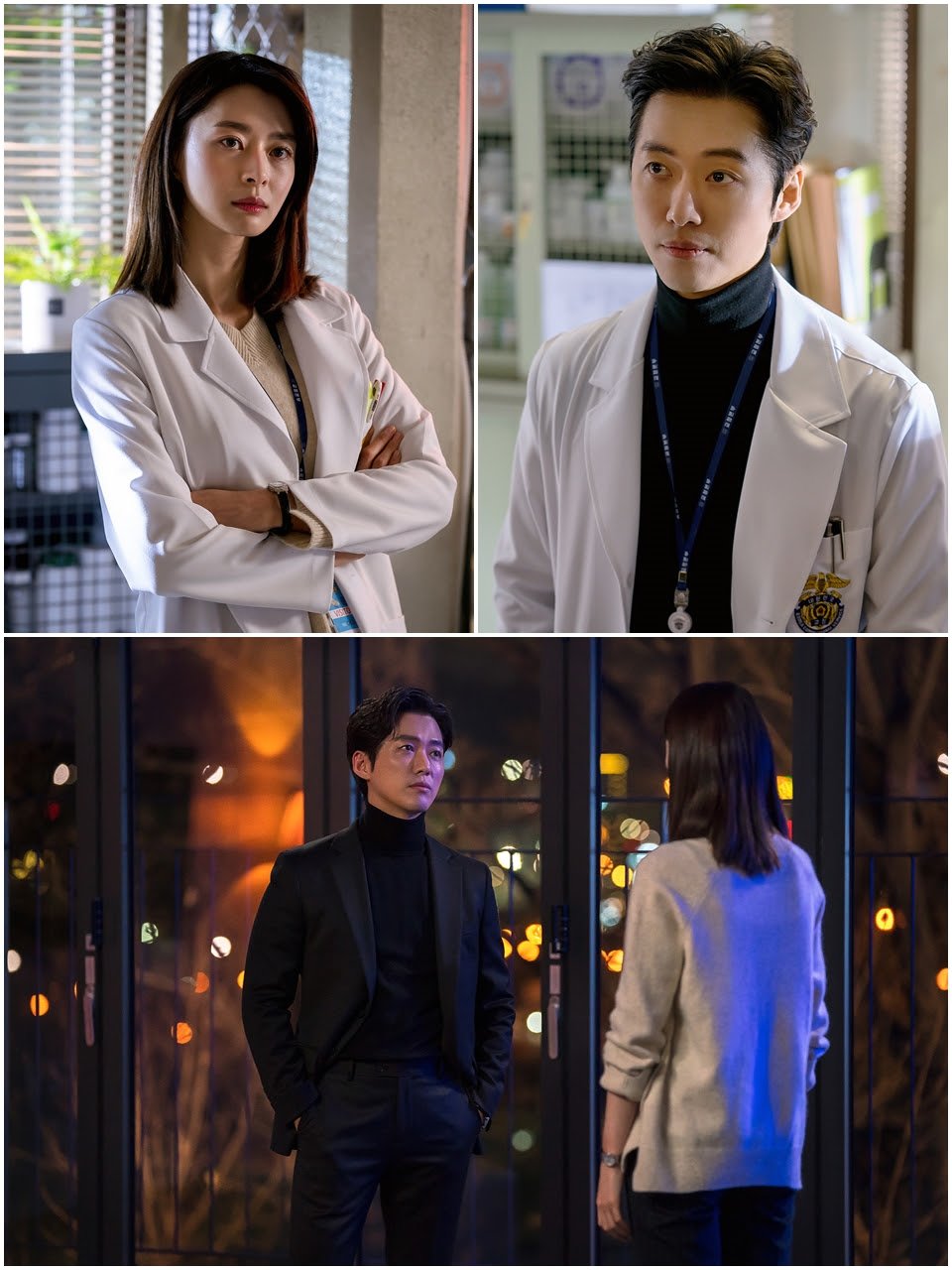 In another photo, the two have a private meeting in the middle of the night. Namgoong Min wears a black suit and stares at Nara with an all-knowing gaze. Questions of how their encounter will impact the drama in the future, as well as the reason for their mysterious meeting, are rising.