Block B’s P.O Talks About How His Friendship With Park Bo Gum Is Going Strong

On the February 22 broadcast of KBS 2TV’s “Entertainment Weekly,” P.O appeared for an interview.

When the reporter commented that he and Park Bo Gum had good chemistry in “Encounter,” P.O broke out into a smile. The two actors appeared as brothers in the tvN drama that ended in January. Park Bo Gum and P.O have shown support for each other since forming a close friendship through “Encounter.” Park Bo Gum showed off their bromance in snaps from the set while the rapper attended Park Bo Gum’s fan meeting.

“We’re the same age, but he’s a senior actor,” said P.O. “He helped me so that I could act comfortably. We’re texting each other and thinking of places to go to hang out.”

Choosing Gyeongju as the place he wants to go with Park Bo Gum, the Block B member added, “I want to rent a scooter and go on a trip. I also want to go to the museum and go to a spa.” He added with a laugh, “He said that he’d come watch my play. But he said, ‘It’s sold out. What do I do?'” When the reporter asked what people should do to see the sold-out play, P.O wittily answered, “You have to be my friend.” 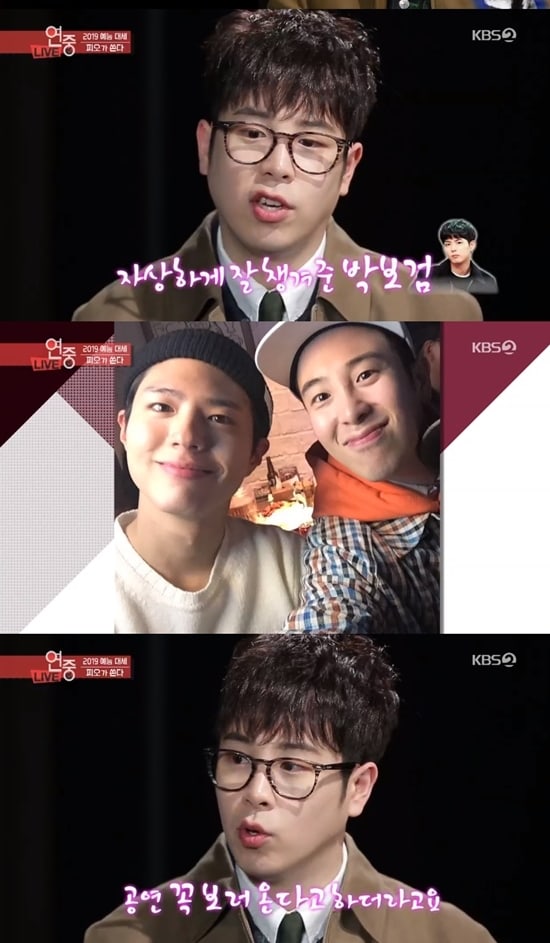 Park Bo Gum
Block B
Entertainment Weekly
P.O
Encounter
How does this article make you feel?