Ryu Jun Yeol was full of pride while talking about his famous friends on JTBC’s “Traveler.”

On the February 21 premiere, Lee Je Hoon and Ryu Jun Yeol went on a trip to Cuba. Beginning in Havana, the actors traveled around Cuba for two weeks before returning to the Cuban capital.

Ryu Jun Yeol imagined a beautiful landscape, but saw something completely different when he arrived at the airport. He however saw the scenery that he had imagined when he woke up the next morning in his dorm. He left the dorm with a joyful mindset of freely traveling around the country, but it wasn’t easy getting around a country without any plans. However, he slowly began to enjoy the freedom and the trip as the day progressed.

During his travels, he met a local couple who said hello to him in Korean. He approached them and asked if they knew how to speak Korean and the man said that he was a fan of Korea. When Ryu Jun Yeol asked if he liked K-pop, the man said, “I know EXO.” The actor excitedly replied, “My friend is in EXO,” and the couple stood up with shock.

The man explained, “I’m the president of the Cuba chapter of EXO’s fan club.” Ryu Jun Yeol told them, “I filmed a movie with Suho. I’m Suho’s friend. Do you know ‘One Way Trip’?” When the couple answered that they knew the film, Ryu Jun Yeol hugged them with excitement. 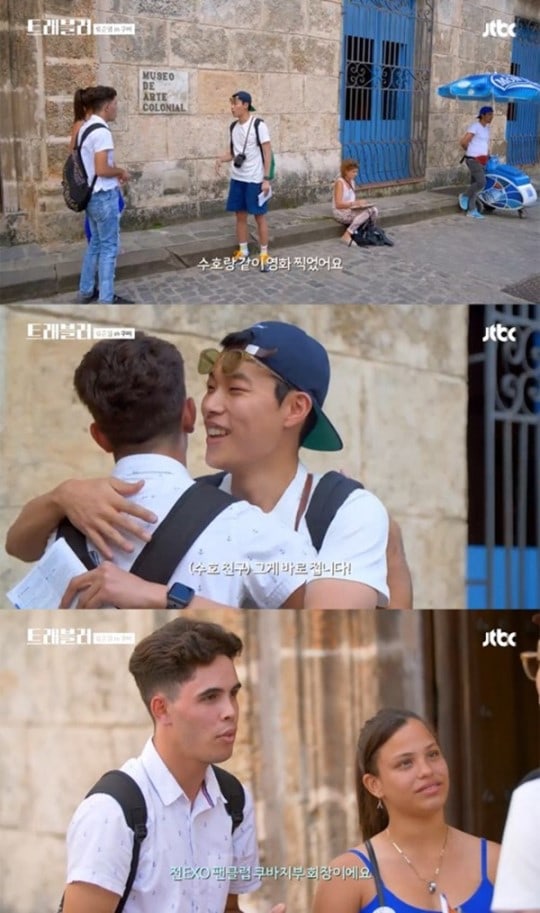 Ryu Jun Yeol’s famous connections came through once again when he passed by a former Spanish government building and spotted some people playing soccer. The actor, who’s famous for his love for soccer, briefly joined them to kick the ball around.

He asked if they knew any Korean soccer players and a man replied, “The one who plays for Tottenham.” Ryu Jun Yeol revealed, “I’m really close with Son Heung Min.” The man reacted with surprise and replied, “Really? You have a really great friend.” Ryu Jun Yeol responded with a big smile full of pride. 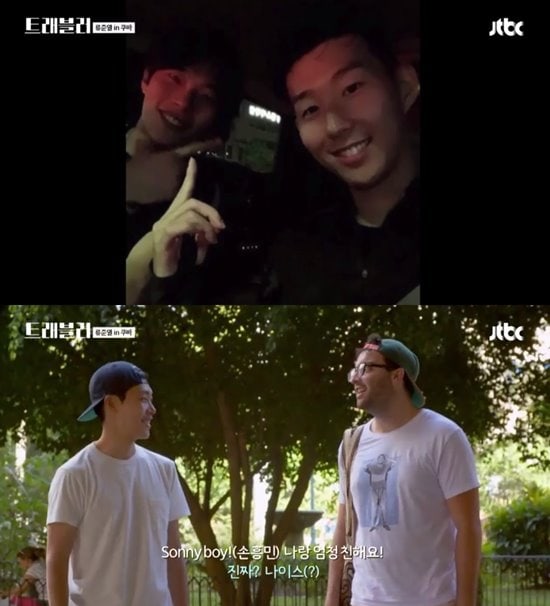