LOONA Talks Overseas Fans, Reactions To Their Comeback, Injuries At Concert, And More

After making a comeback on February 19, LOONA recently sat down with Star News to talk about their new music, fans all over the world, future goals, and more.

When asked how they feel about making a return after a five-month hiatus since their debut with “Hi High,” Yves said, “Those five months felt long to me, I think because I really missed being on stage and wanted to get back on it as soon as possible. I think that we all improved both inside and in terms of skills because we were preparing with that mindset.”

Choerry commented that she’s the opposite, as it felt like a short time to her. She added with a laugh, “We used our Lunar New Year holiday to practice and then suddenly we were doing our concert.”

When asked if they felt pressured because of the amount of excitement from fans for their new album, Jinsoul replied, “Rather than feeling pressured, I’ve been thinking ‘I want to show them quickly.’ The reason for that is I’ve really liked our song ‘Butterfly’ ever since we first received it. I wanted to quickly show everyone LOONA’s performance as a full group.”

“We were so happy,” said Go Won. “We were talking with fans on V Live on February 19, the day the album was released, and we found out that we’d entered the chart. It was even more meaningful because we could experience that moment with our fans. We were really worried about what the response would be because it’s a total 180-degree turn from our debut concept, so it’s a relief that the reaction was good.”

Heejin shared her hopes that the song will reach an even higher ranking after they perform on music shows, and Haseul said that since it’s good to have big goals, she hopes that they reach No. 1 on the charts and also take first place on a music show. 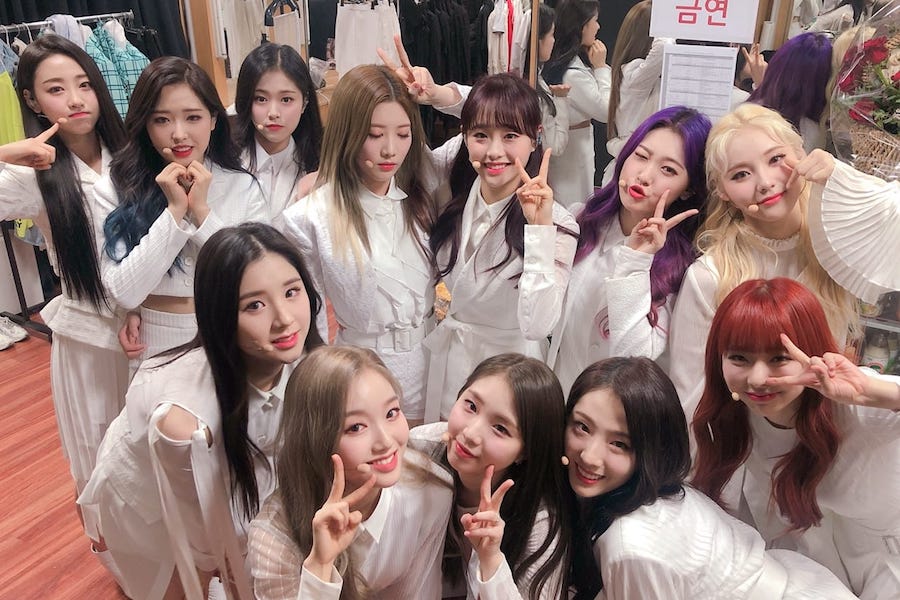 The group has also built up a large fanbase around the world, which was shown in how they reached No. 1 on the iTunes Top Albums chart in 26 countries.

“We really have a lot of fans overseas,” said Olivia Hye. “To be honest, it’s still amazing to me. We have different languages and cultures, but they overcome those obstacles, love us, and sing our songs. It still amazes me and makes me feel grateful. We’ll work harder, so please keep loving us. Until the day we become more well known and become world stars!”

The members were also asked to name a comment they saw online from the public that has stood out in their memory. Choerry replied, “I remember that there was a comment that said ‘LOONA is our future.’ I think it means that they like us that much and that they’re looking forward to our future. I’ll try hard to make those words come true.”

When LOONA released “Butterfly,” they amazed fans with the diversity in their new MV and the song’s message of empowerment.

Yves said, “It’s not common for an idol group to have a music video like this that highlights a message. Since we were emphasizing the message, our own screentime decreased, and I’m not sure how fans feel about that. However, we’re really happy with the result. I think it does a good job at conveying the message, ‘You are LOONA too.'”

The interviewer mentioned that the lyrics to the song could be interpreted as a pledge from the members to themselves. “That’s right,” said Chuu. “It contains LOONA’s aspiration about how although our music and promotions might be small movements right now, if we work hard then it will become a ‘butterfly effect’ so we should continue to grow and rise higher.”

Yves added, “Also, like the message of the song, we hope that people all around the world will someday relate to our story. In order to make that come true, we’ll continue to run without stopping.”

LOONA also talked about what they hope the public will notice about their comeback. Jinsoul named their choreography that creates the image of a butterfly, and Heejin noted that there are many points in the dance that need all 12 members in order to be properly expressed. “If even one member is missing, it won’t convey the image,” she explained. “I hope that people will see our synergy through that.”

Hyunjin also mentioned how their debut song “Hi High” had been bright and energetic. “While that was more public-friendly, we hope to highlight LOONA’s artistry, our unique color, and our individual charming qualities through ‘Butterfly,'” she said. 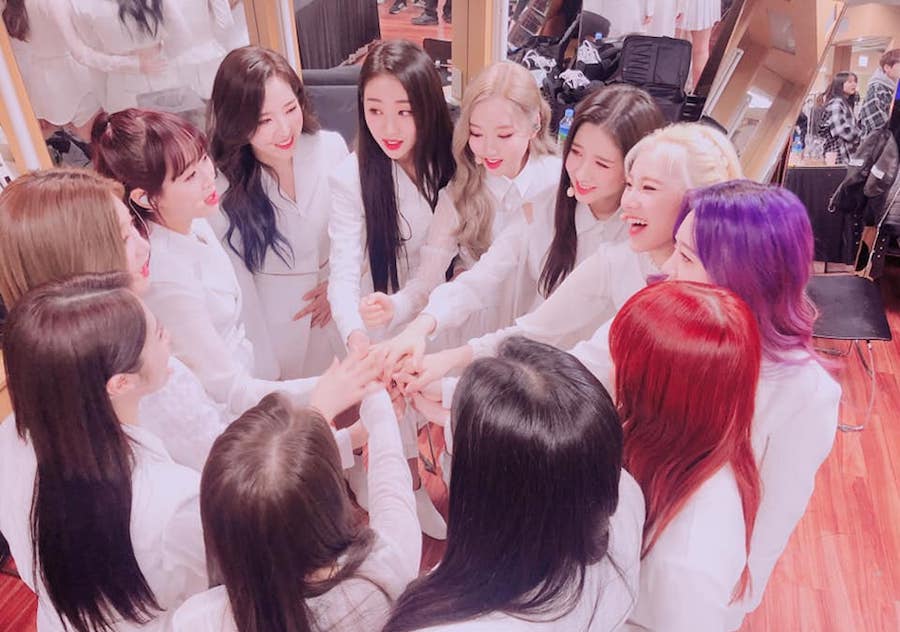 LOONA held their second solo concerts on February 16 and 17 ahead of their comeback, and ViVi described how it felt different than their debut concert. She said, “We did it over two days, and I was even more excited because we were revealing our performances for the first time. Also I was more excited because we were meeting our fans after a while.”

Kim Lip said, “Yves and Yeojin were injured during this concert. It’s a relief that they’re able to perform with us now, but at the time we were so surprised too. Since they were injured, we performed with 10 members on the second day, and that made me realize how precious the members are.”

When asked how the pair’s injuries are now, Yeojin said, “The fans must have been surprised too, but I’m alright now.” Yves added, “It was so unfortunate that I wasn’t able to do my best because I was injured during the concert. I was really disappointed because I was watching the members dance from below the stage and the performance that we’d worked so hard on couldn’t be complete because of me.”

Jinsoul also described 2018 for LOONA. “It was the first year that we showed ourselves as a full group, and the year in which we debuted, so it was a time full of excitement for us too,” she said. “We were busy with preparations for our debut, but it wasn’t difficult since we were so excited, and everything went by in a blur. This year, we’re trying to upgrade how LOONA looks as a full group. I hope we’re able to be even more on fire this year.”

The interviewer said that while LOONA debuted through a large-scale project and there was a lot of excitement around their debut, there have been some who say that their results haven’t yet met expectations.

When asked if they feel impatient about that, Olivia Hye replied, “We think that the most important thing for now is showing our color. It’s important to spread awareness about us to the public and become a popular group, but it’s more important that we don’t lose our pace as we show the public our color. Rather than running ahead impatiently, we want to lead the trends, even if we’re going slowly.”

Yves said, “If the indicator of a girl group’s success is that they’ve made their name well known to the public first and received love for a hook that’s easy to sing along to, then I think that rather than trying to follow that necessarily, we’re paving a new path. If we get impatient and try to follow that, then some things won’t work out when they otherwise would.”

It was also mentioned to the group that they have a lot of songs, since they did their debut project that included solo and sub-unit releases. Yeojin shared, “That’s why I have one wish. I hope that the public will find out through ‘Butterfly’ that our vocals aren’t bad either. We’ve released a total of 60 songs, including our solo songs. I’d be grateful if you looked them up and listened a lot.”

Finally, when asked to name a goal they want to achieve, Chuu said, “Since we’ve received a lot of attention from overseas fans, we want to grow more and definitely do a world tour. We also want to attend year-end award ceremonies as regular guests. We’ll try to do it within a year. Let’s work hard!”