Watch: SEVENTEEN’s Seungkwan Gets Fooled By His Sister On “I Can See Your Voice”

Seungkwan’s older sister successfully pulled a fast one on him!

On the February 22 broadcast of Mnet’s “I Can See Your Voice,” SEVENTEEN appeared as guests and tried their hands at selecting a talented singer from among a group of tone-deaf contestants.

When there were two singers remaining, Seungkwan’s older sister, Bu Jin Seol, personally called in to the show to vouch for one of the singers, saying that it’s true that the contestant is a student in the musical department at her school and that they even starred in a musical together in 2011.

After the call, Leeteuk asked Seungkwan, “What kind of sister is she?” Seungkwan said, “She’s very reliable. Whenever someone bothered me in school, she would seek them out and scold them.” 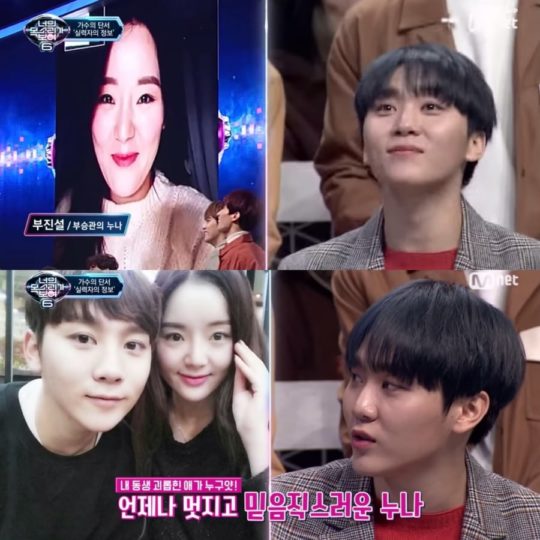 Leeteuk prompted Seungkwan, saying that his sister must not be someone to ever lie to him, and he said, “Yes, that’s right.” When Seungkwan hesitated to decide, Leeteuk gave a word of warning: “The motto of this show is that you shouldn’t trust even your family.”

In the end, however, the SEVENTEEN member said, “I don’t think she would lie about something like this,” and the group chose the contestant as their final duet partner. Seungkwan said, “Noona, I’m really trusting you!” 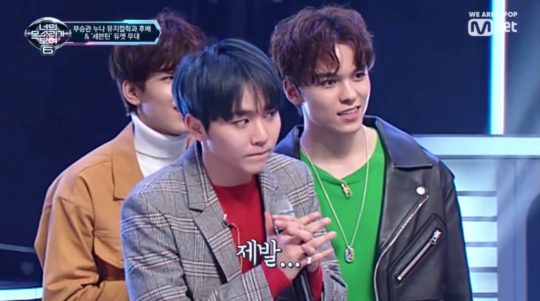 SEVENTEEN kicked off their final performance of “Pretty U,” waiting with bated breath as the contestant backed by Seungkwan’s sister took to the mic. The moment the group realized they chose a tone-deaf contestant, they collapsed with laughter, while Seungkwan looked like he was experiencing betrayal for the first time. 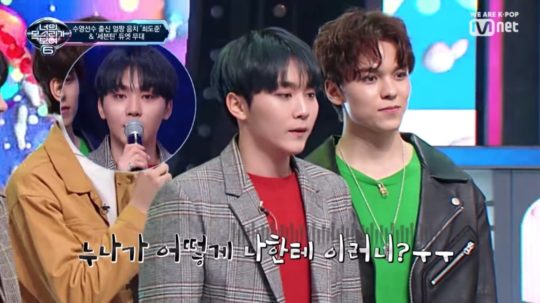 The contestant said, “I’ve never seen Bu Jin Seol before in my life,” and Seungkwan responded, “I’m never going to forget that you can’t trust people.”

Seungkwan’s sister left a message, saying, “I’m sorry for lying to you. I wanted to make a good memory for you on ‘I Can See Your Voice.’ I’ll always be cheering for you and SEVENTEEN!”

SEVENTEEN
I Can See Your Voice
Seungkwan
How does this article make you feel?