“Kill It” will tell the story of a veterinarian who hides his past of being a killer and a detective chasing after a serial killer. Nana will take on the role of detective Do Hyun Jin, who does her best to save people as a charismatic and talented detective. In her posters, she is aiming at gun at something, her eyes never leaving whatever she is looking at.

The tagline on her poster reads, “What raised her to become who she is, is today,” which contrasts with her character description, “A detective chasing the past.” Do Hyun Jin was adopted into a well-off family when she was young. Though she had lived most of her life doing what her adoptive parents wanted in order to show her gratitude for adopting her, she chose her own path for the first time when she decided to apply to become a detective. It will be interesting to see what past she is chasing after, and what truth she will find at the end of her journey. 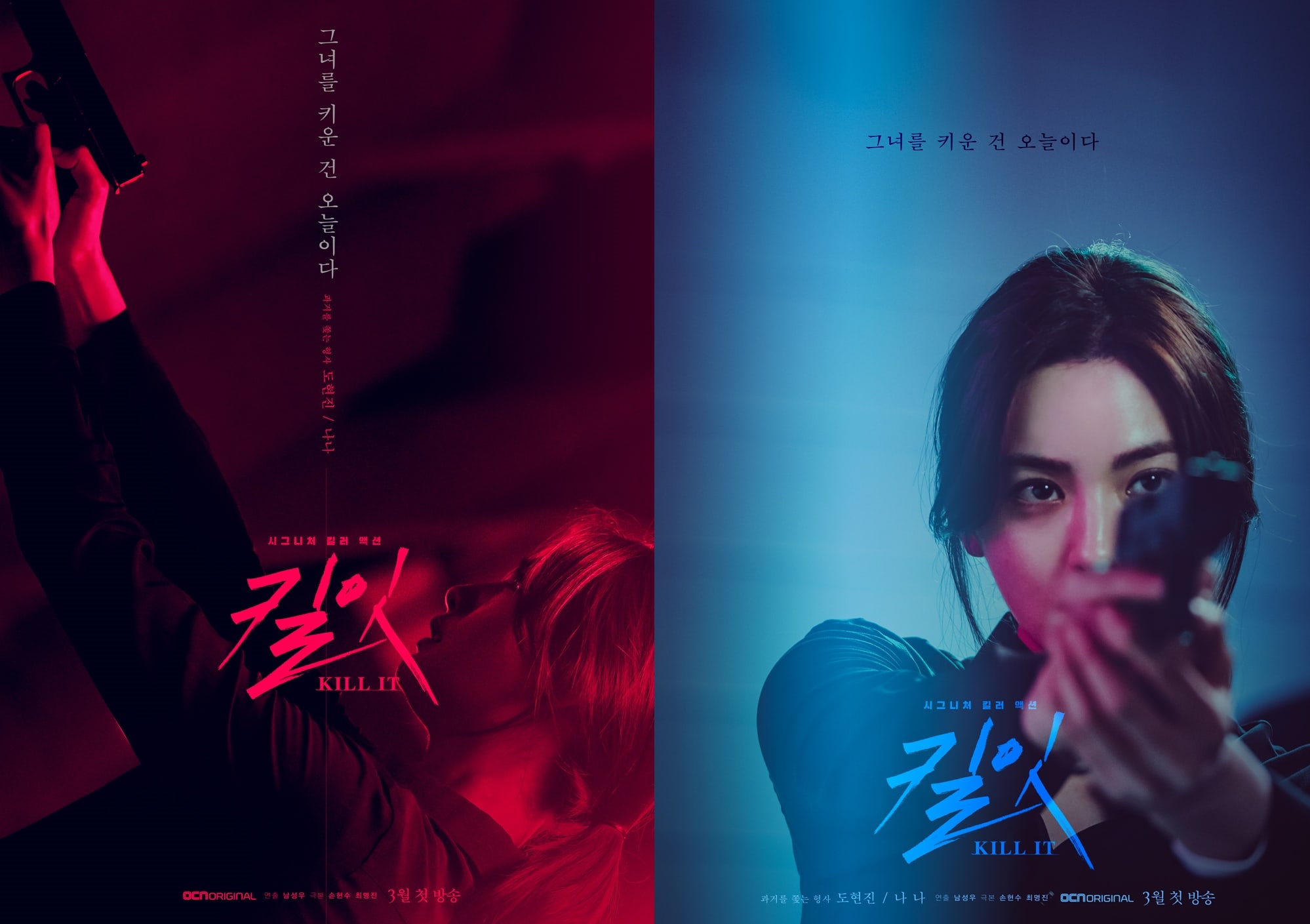 The production staff stated, “During the photo shoot for the posters, Nana’s fierce gaze was burning brighter than we’d ever seen it. Her posture was perfect as she held up the gun, and she really was a detective.” They explained, “Do Hyun Jin has a dark past, but she lives an independent life and is an elite detective, respected by her peers for her intelligence. Nana has been working non-stop to perfectly portray her character, and we hope people will be excited for it.”

Meanwhile, Jang Ki Yong takes on the role of Kim Soo Hyun, a killer who has become a veterinarian. His tagline reads, “What raised him to become who he is, is yesterday,” which is the opposite of what it says on Nana’s poster. When he was a child, he lost his memory and was abandoned as a stowaway, and was raised by a killer called Pavel (David McInnis). The only thing he’s ever remembered is calling out to someone to save him, and the mystery behind his past of being raised by a mercenary and becoming one himself is yet to be uncovered. 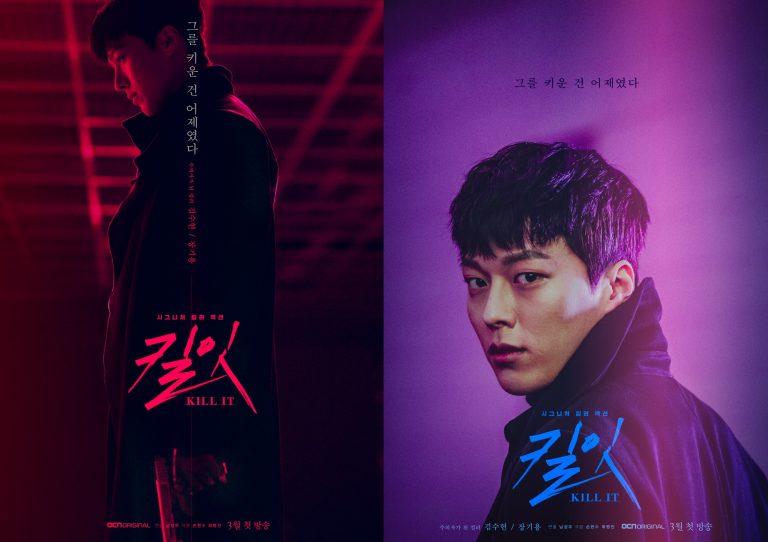 The production staff explained, “Jang Ki Yong continues to become one with his character. Not only will he bring a lot of action to the drama, but he will lay out a compelling story. he is hiding his identity under the guise of being a veterinarian who says animals’ lives, and it will be interesting to see how he interacts with detective Do Hyun Jin.”

“Kill It” is set to premiere on OCN in March.

Jang Ki Yong
Nana
Kill It
How does this article make you feel?