Koyote shared stories about their teamwork and Kim Jong Min on JTBC’s “Ask Us Anything.”

On the February 23 episode, the co-ed trio appeared as guests to celebrate their 20th debut anniversary.

Kim Jong Min said, “I respect Shinji as a human being.” When asked if he’s ever thought of Shinji in a romantic way, Kim Jong Min answered, “We fought before I could feel that way. To be honest, we fought a lot, so she feels like family.”

Shinji revealed, “Bbaek Ga says, ‘Shinji is prettier without makeup’ a lot.” Kim Young Chul joked, “He has a good way of living” and Bbaek Ga made everyone laugh by explaining, “I’m doing it all for a great cause.” 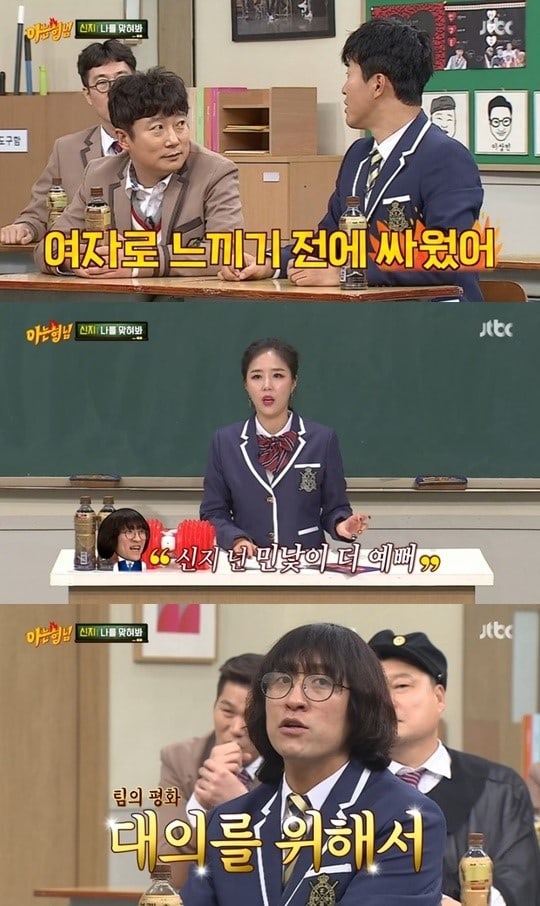 The sole female Koyote member continued, “People think that I control all of the members, but Kim Jong Min actually makes all of the decisions. These days, he does whatever he wants even more. All of the final decisions for this album were also made by Kim Jong Min.”

Bbaek Ga added, “Unlike the beginning years of Koyote promotions, Kim Jong Min changed after receiving the Grand Prize at the Entertainment Awards.” After listening, Seo Jang Hoon called Kim Jong Min a dictator and made everyone laugh again.

When Lee Sang Min commented that Koyote performs at many events up to 30 times a month, Bbaek Ga said that there are times when they surpass that number.

Expressing her gratitude to Kim Jong Min who’s busy with variety show appearances, Shinji said, “He tries to perform even when his lips have blisters. I’m thankful for that.” She humorously added, “He doesn’t really have to do it if he’s tired…” 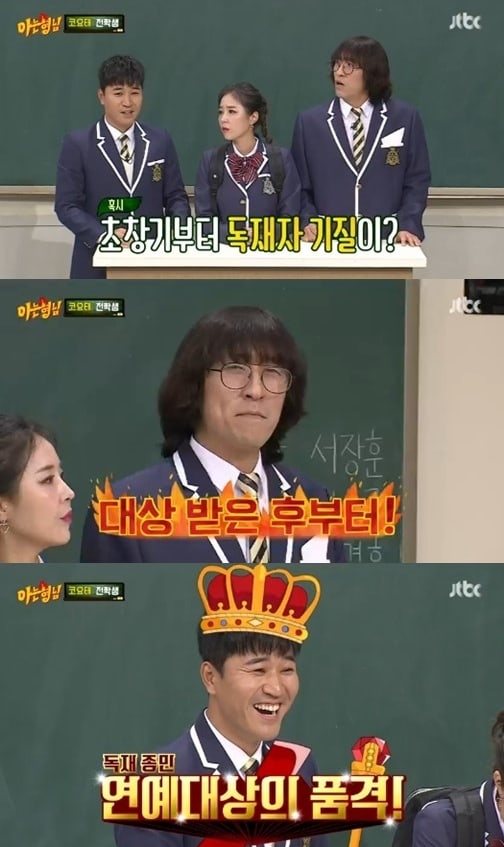 Check out Kim Jong Min in “2 Days & 1 Night” with English subtitles below!

Knowing Bros
Kim Jong Min
Koyote
How does this article make you feel?