SHINee’s Taemin is a role model to many idols.

The idol debuted in 2008 as the youngest member of SHINee, and in 2014, he released his first solo album “Ace.” In 2016, his first full-length album “Press It” came out, and his second full-length album “Move” was released in 2017. His song “Move” especially left a big impact in the K-pop industry, and many of his junior idols covered the song.

Taemin is back with richer music this time. With an expressive dance, the sexy track “Want” captivates fans with its performances and music.

Taemin said, “I received so much love during ‘Move’ that I wanted to fulfill [my fans’] expectations. While preparing for the song, I was very nervous, but I was excited about what I would be showing fans. I think ‘Want’ is an extension of ‘Move’. If ‘Move’ is more quiet, I feel like [my music] this time contains more feelings. ‘Move’ is more static, so for those who wanted something more explosive, this one should satisfy them.”

The idol is one of the top dancers in the industry, and concerning his choreography, he commented, “I’m not purposely trying to perform the choreography in a difficult way. The choreography isn’t hard, but people who try to follow my way of expressing the song might find it difficult. I think getting people to relate [through my choreography] is something I need to work on. Luckily, some people were able to relate with ‘Move,’ and I could show my style with the song. I hope it will be the same way for ‘Want.'” 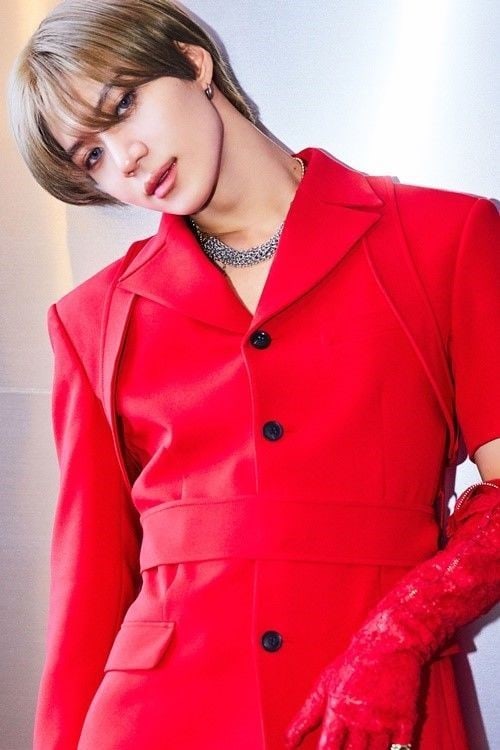 Taemin also chose a color to represent himself. He described, “I chose black to represent the ability to absorb all the colors. Black has all of the colors in it. I want to do that kind of music and genre, too. I especially don’t want to be limited to a genre. I want to try various things.”

Taemin expressed his wish to gain a sense of accomplishment and joy from his “Want” promotions. He revealed that his intention is to work happily and said, “Getting joy and fulfillment is my biggest goal. I’m happy to perform on stage. I hope many people enjoy watching my performances. It’s been a long time since I’ve met my fans, so I think I’ll be able to get a good sense of accomplishment and fun before I finish my activities.”

Then the SHINee member revealed his future dreams and goals, saying, “I’d like to build an identity of my own. Some may think that I experienced and accomplished many things after debuting at a young age, but I haven’t done a lot of things yet. I want to express different styles and absorb various genres. There’s still so much I want to try. These days, there are a lot of idol singers, but there are few male solo idol singers like me. Among many female solo artists, there’s Girls’ Generation’s Taeyeon, and among male solo artists, there’s just me. So I want to be a unique singer in my own way, and I think I’ll be going my own way [as a solo artist]. My final dream is to be a performer. I want to be a performer who is not limited to the image of a singer.”

Earlier this month, Taemin made his solo comeback with his title track “Want.”