Child actor Oh Ah Rin received much love and praise from the viewers with her role as the adorable, sassy Princess Ari in “The Last Empress.”

Although she is only eight years old, she has abundant acting experience with appearances in dramas such as tvN’s “Goblin,” JTBC’s “Strong Woman Do Bong Soon,” and SBS’s “Sister Is Alive.” Her excellent acting skills in “The Last Empress” brought much laughter to the viewers of the drama, and she was loved by both the cast and crew for her bright personality and professional attitude.

Oh Ah Rin revealed that she watched her own parts in the drama. She said, “It was fun to watch me act. The hanbok [Korean traditonal clothing] was so pretty, and I was happy because everyone said I looked pretty.”

The child actor mentioned her favorite scene, which was when she fainted after eating the cookies Oh Sunny (Jang Nara) made due to her peanut allergy. She commented, “I had a lot of fun. The director said, ‘It would be natural to fall down because of the difficulty of breathing.’ It was my first time acting like that. I remember I acted with advice from the other adults.”

She also talked about a funny incident that happened during the filming. Her front tooth fell out, so she had to temporarily attach a tooth there to connect the front and back scenes. She explained, “When you eat tteokbokki (spicy rice cakes), you have to use your front teeth. [Because my tooth fell out], I had to eat it sideways. My mom had to cut chocolate for me, and I had to cut all the other food as well.”

Oh Ah Rin showed affection for Shin Eun Kyung, who played her grandmother in the drama, saying, “She gave me pocket money on New Year’s day. My dad said he would take good care of it. I wrote a letter to her saying I love her.” She also praised her acting and said, “She didn’t get her lines wrong and acted so well that I learned a lot. The last scene where she goes to prison and becomes a [normal] grandmother was really fun.” 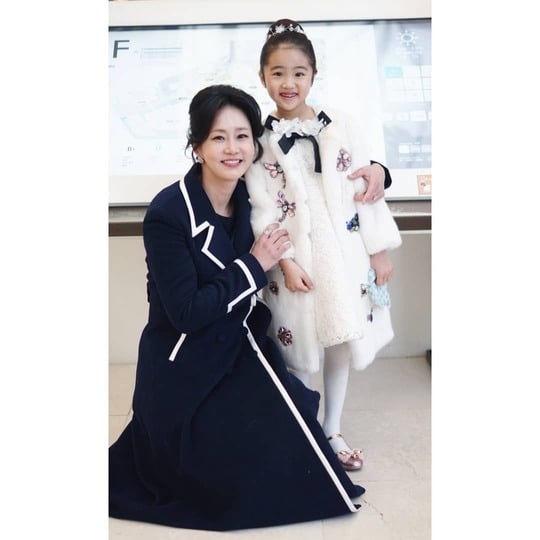 Oh Ah Rin revealed that acting is the most enjoyable thing she likes to do. Out of all the scenes, she likes to act the emotional ones where she laughs and cries. When asked what she thinks about during crying scenes, she replied, “I think according to the scene, but when I have to cry, I remember the time I made a snowman but left it outside and came home crying because I was sad.”

The child actor shared that many people recognize her now, thanks to “The Last Empress.” Laughing, she said, “I was passing by on my kick board when someone asked if I was Princess Ari. I said I was.”

Lastly, Oh Ah Rin shared her dreams. She said her current dream is to be an actor, but when she grows older, she wants to be a director and writer. She explained, “I write the title and lines for a skit and act it out with a sibling who is two years younger than I am. My sibling acts the lines I wrote, and I film it like a director. So I want to be a director and writer later, but I want to be a good actor for now.”

“The Last Empress” recently came to an end. Watch the last episode below if you haven’t already!

Oh Ah Rin
The Last Empress
How does this article make you feel?