The new stills were shared on February 24 and show Jung Il Woo collapsing in the streets. His face is covered in dirt, and his hair is a mess. His expensive clothes are rumpled and dirtied, making it difficult to imagine that he’s royalty. Most importantly, Jung Il Woo has a blank expression in his eye as he stares into nothing, not able to keep himself on his fee. It makes viewers curious to see if Jung Il Woo will crumble or whether he will be able to get back on his feet. 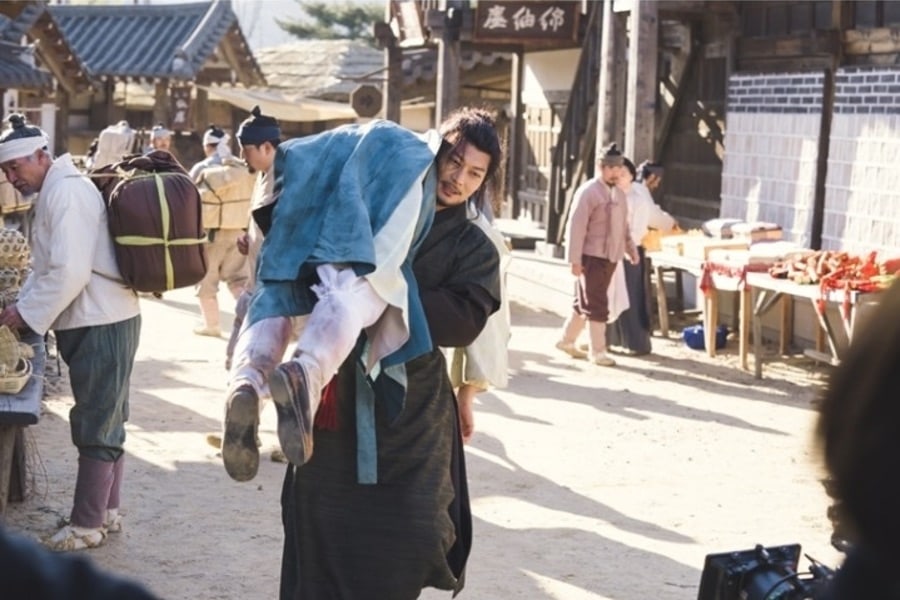 Then, Park Hoon, playing Dal Moon, can be seen putting Jung Il Woo on his shoulder and carrying him away. Park Hoon had previously put Jung Il Woo in danger by spreading malicious words against him under orders by Lee Kyung Young, which makes one even more curious as to why he seems to be helping Jung Il Woo.

How things will unfold for Jung Il Woo will be revealed in the upcoming episode of “Haechi,” which will air on February 25 at 10 p.m. KST.

Park Hoon
Jung Il Woo
Haechi
How does this article make you feel?