The new behind-the-scenes stills show how the two actresses spend time on set. Kim Hye Ja keeps the atmosphere on set light with her warm smile. The still of her with a hoodie on and a smile across her face brings out the 25-year-old nature of her character, perfectly portraying a woman who looks like she’s in her seventies but has the soul of a 25-year-old woman. She sincerely reads through her script to check that she has everything in check. 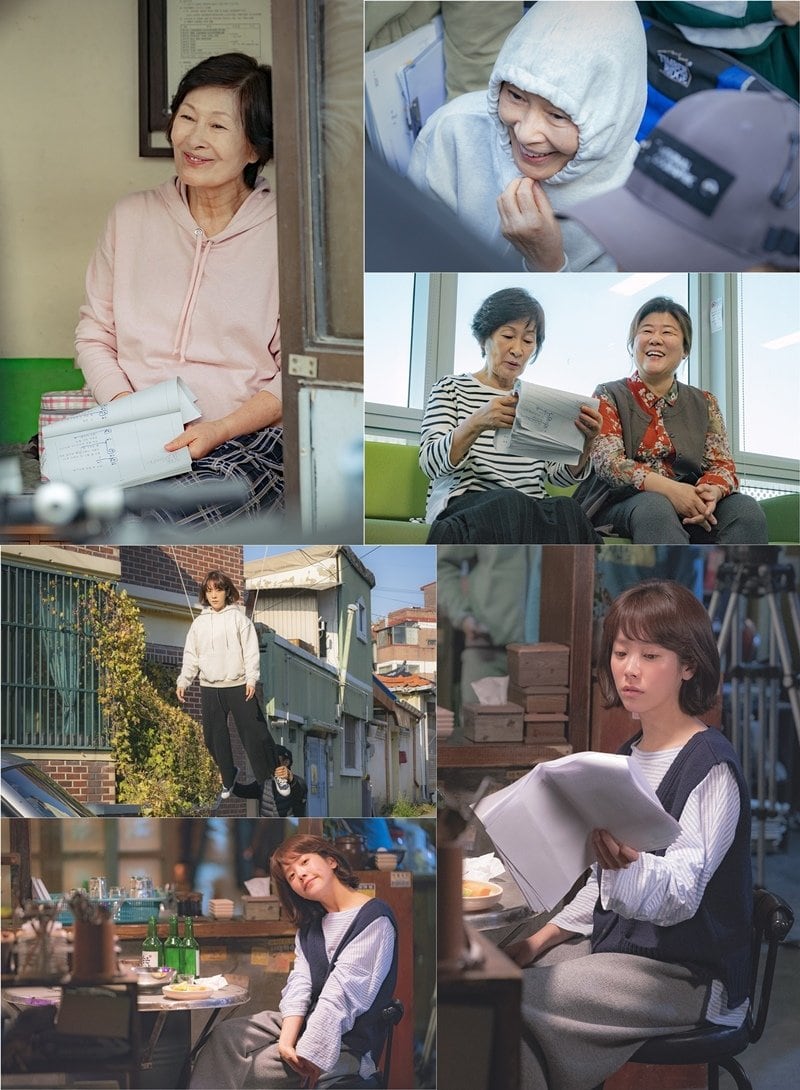 Han Ji Min is also rarely seen without her script, which she reads over sincerely. The actress wasn’t afraid to give her all for scenes that required more action, performing all the wire action scenes herself. She also has a warm smile that lights up the atmosphere.

The production staff stated, “It isn’t easy to tell the story of a woman who becomes old in an instant. It was only possible because the two actresses have built up the character to be believable. They bring laughs, tears, and warmth, with some of the best acting we’ve ever seen. We hope people will continue to watch over Hye Ja’s story.”

Catch up with the latest episode of “Radiant” below!