Kim Jong Kook caught everyone off guard with a sudden outburst of affection on the latest episode of “Running Man”!

During the February 24 episode of the SBS variety show, the cast members were given a mission in which they had to accumulate a total of 1 million won (approximately $891) in play money in order to move on to the next location.

Although Kim Jong Kook was the first to successfully collect 1 million won, HaHa foiled his escape by suddenly using a special “item” that gave him the chance to steal half of Kim Jong Kook’s money.

Throughout the episode, HaHa and Yang Se Chan teasingly referred to Song Ji Hyo as “hyung-soo,” a term that Koreans use when addressing the wife of their older brother or an older male friend. When Song Ji Hyo won a game of luck that earned her 1 million won in one blow, both HaHa and Yang Se Chan begged her to give them the extra 300,000 won that she’d already had before, since she no longer needed it.

As the two men pleaded, “Hyung-soo, please give us the 300,000 won,” Kim Jong Kook suddenly rose from his seat and called out, “Yeobo!” (“Yeobo” is an affectionate term of endearment for one’s spouse, used specifically by married couples.) 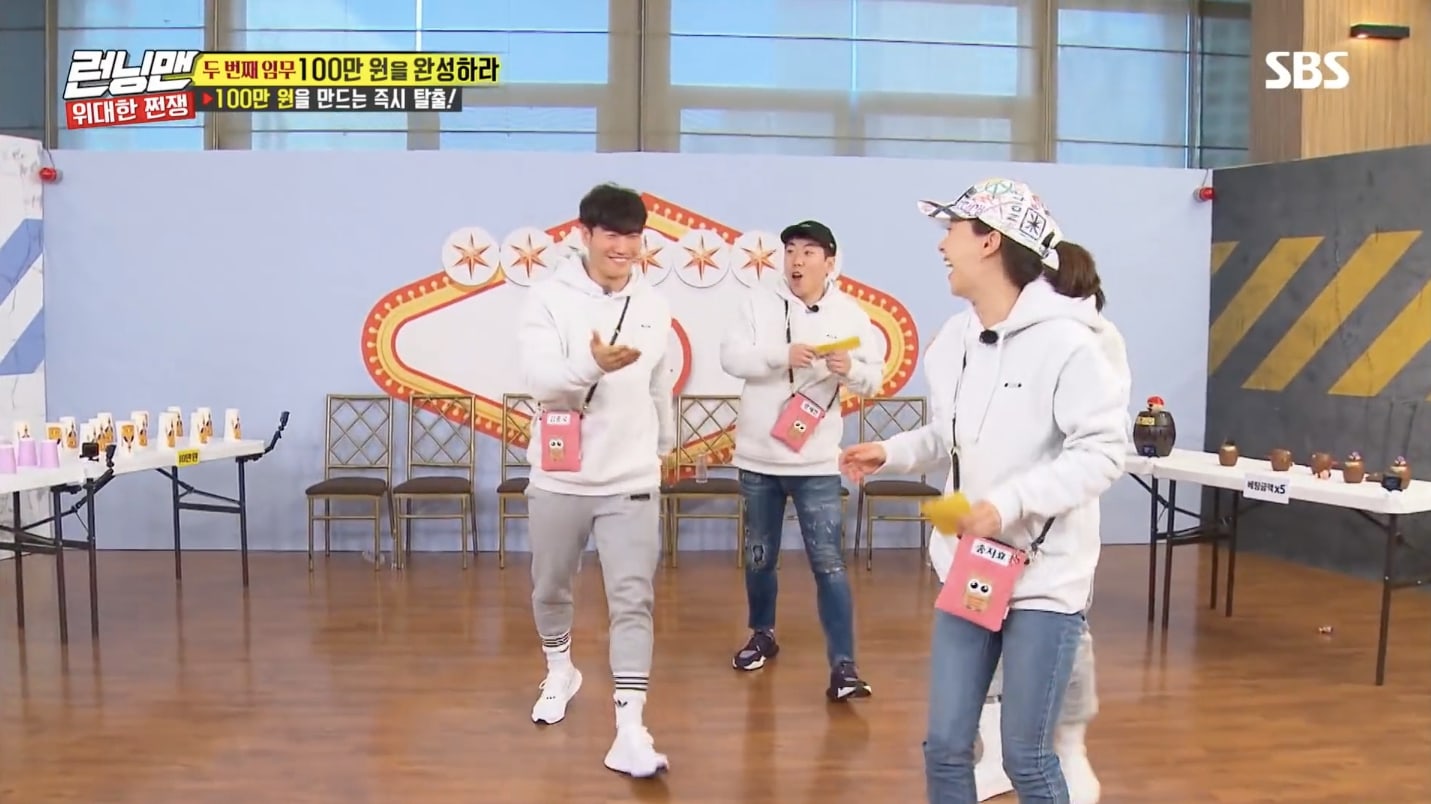 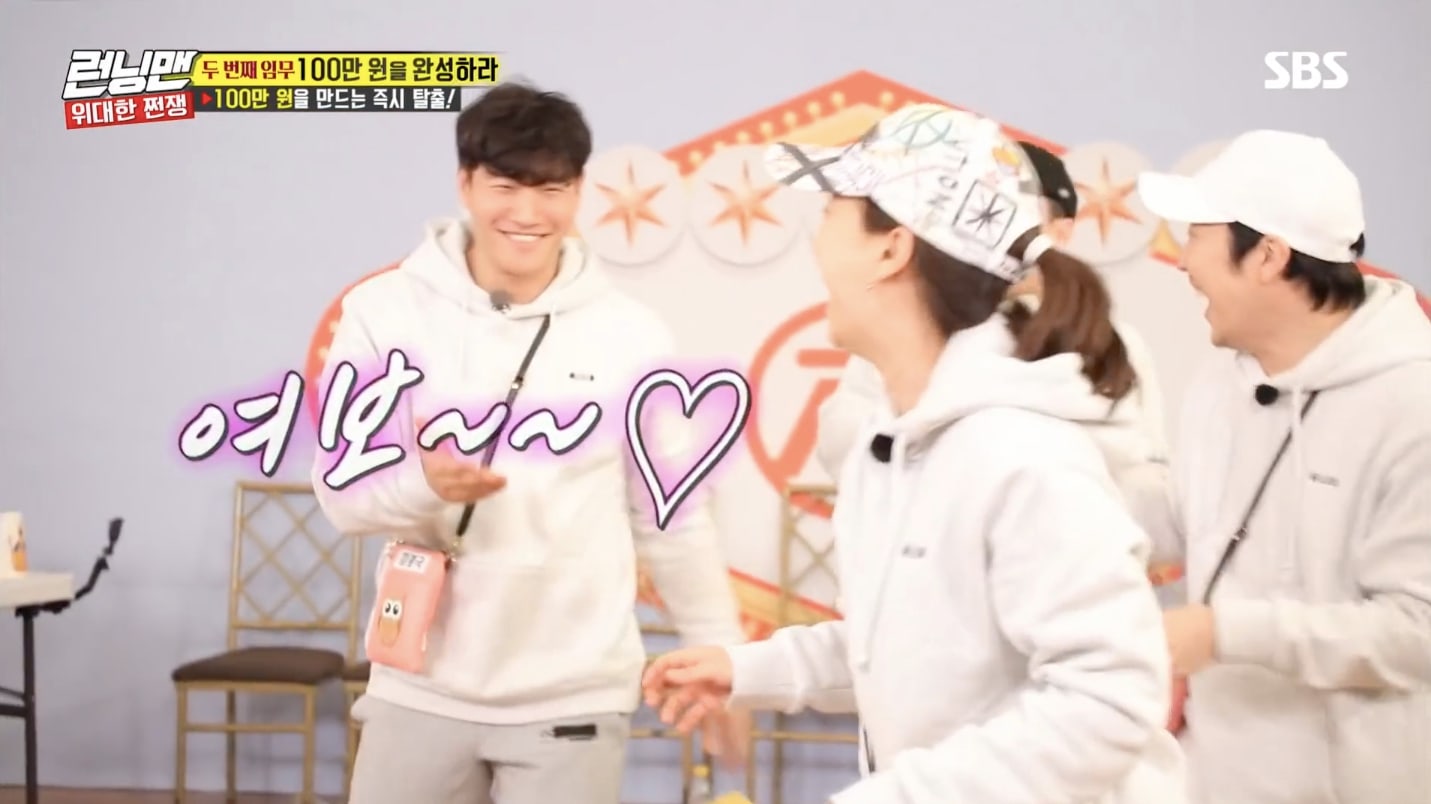 The entire cast and crew cracked up in surprise as Kim Jong Kook approached Song Ji Hyo and repeatedly called her “yeobo,” imploring her to help him. “My wife is good at this game,” joked Kim Jong Kook, stretching out a hand to ask for the money.

Yang Se Chan laughed, “He called her ‘yeobo.’ How are we supposed to beat that?” 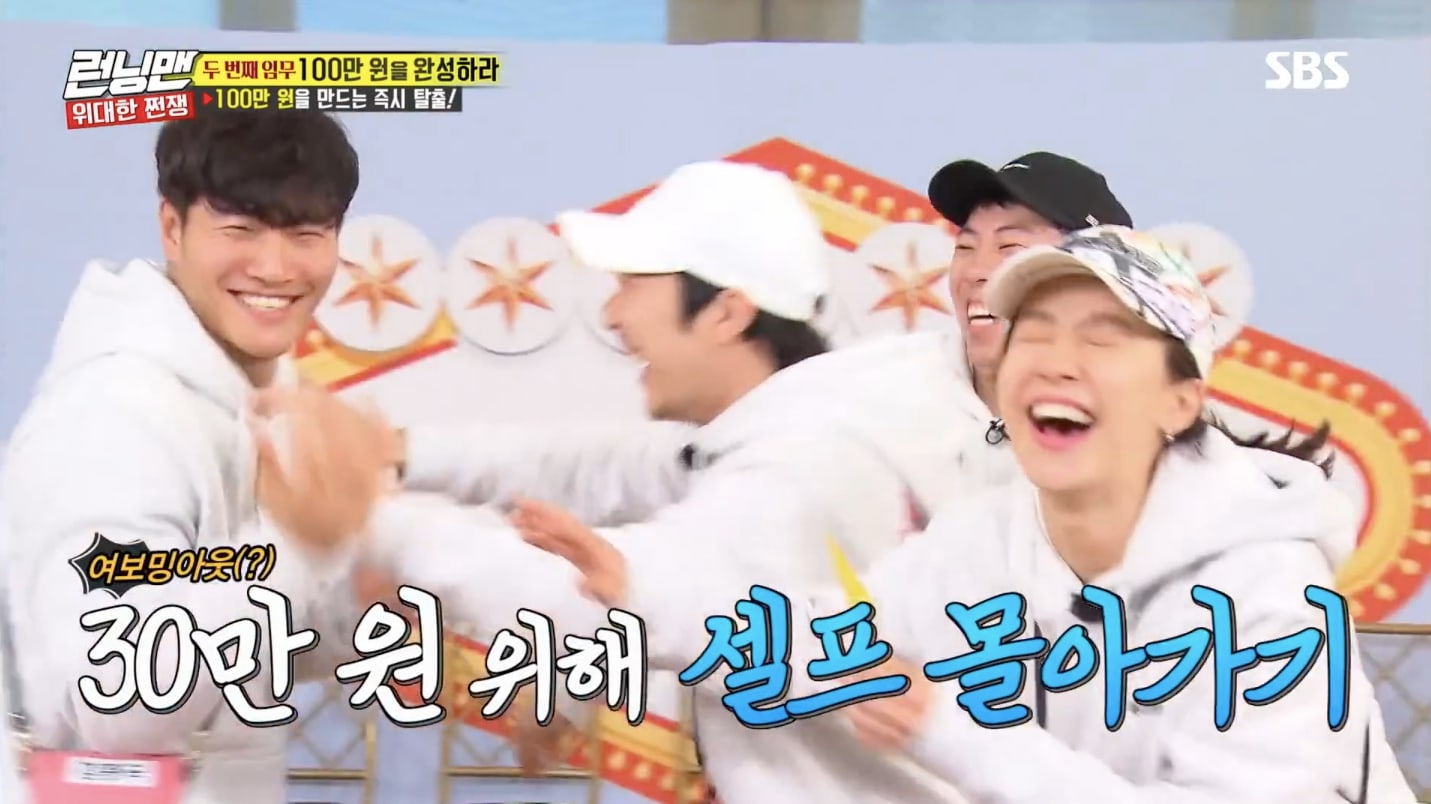