Jung Il Woo catches Go Ara as she carries out a secret operation in “Haechi.”

“Haechi” is about a female police detective, a public officer, and a clown who work together to help a prince, born of a mother with a lowly background, claim his right to the throne.

In newly released photos, Go Ara and Kwon Yool angrily face Han Sang Jin in the midst of a downpour. The three all express their anger and refusal to budge. Go Ara is also seen with a busted lip, putting on a one-person protest. 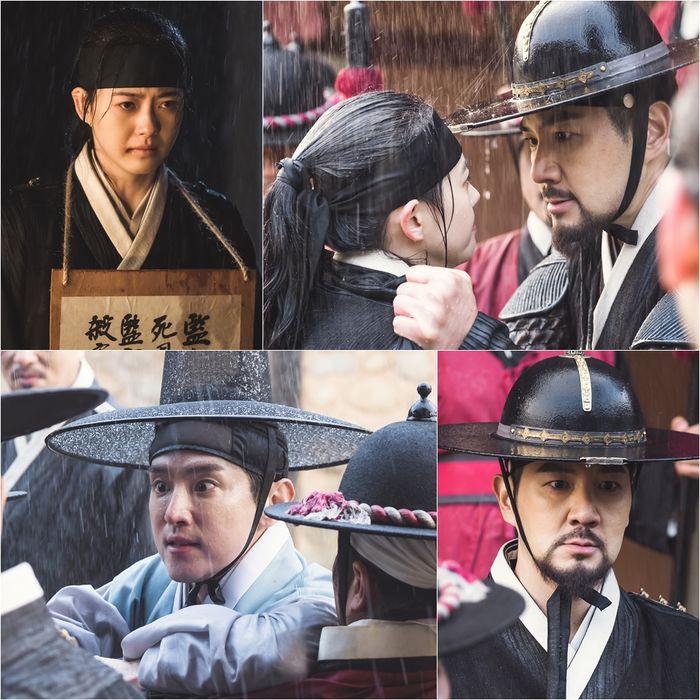 Previously, Go Ara and Kwon Yool refused to believe that Lee Pil Mo escaped from prison and died. Suspicious about his death, they rushed to the Office of Inspections. However, they were blocked by Han Sang Jin, who refused to let them in.

It was reported that during filming, the actors showed off explosive anger as they got immersed into filming. Go Ara and Kwon Yool especially showed great emotion despite having to be soaked for the duration of the long filming.

In other photos, Go Ara is discovered by Jung Il Woo as she attempts to infiltrate the Office of Inspections. Wearing all black to hide her identity, she looks desperate. Jung Il Woo forcefully intercepts her as he blocks her by the neck, and then confronts her by candlelight. 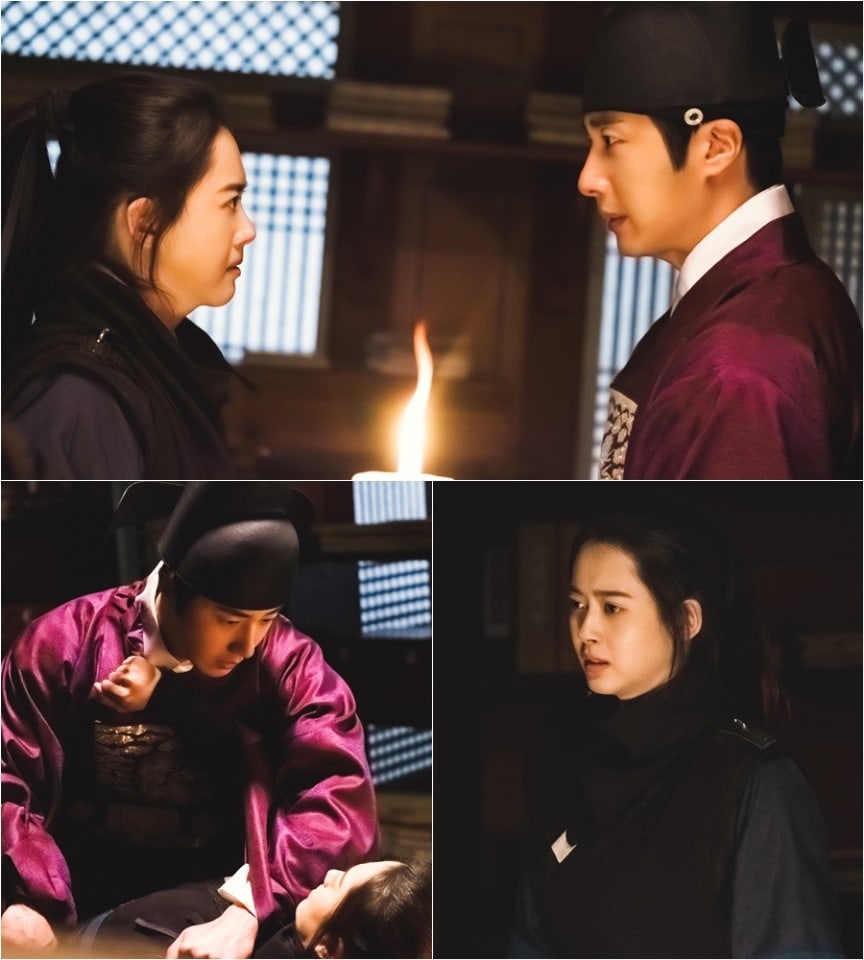