Upcoming horror film “0.0MHz,” which stars Apink’s Jung Eun Ji and INFINITE’s Sungyeol, has shared a teaser video and poster that is sure to send chills up your spine.

“0.0MHz” is based on a popular webtoon of the same name which was the motif of last year’s popular film “Gonjiam: Haunted Asylum.” The film will tell the story of members of a supernatural mystery club who visit an abandoned building to prove the existence of frequencies that attract ghosts, and the strange happenings that occur to them during their stay.

The film has been gaining attention as it will be Jung Eun Ji and Sungyeol’s big screen debut. They will be joined by a talented cast of young actors including Choi Yoon Young, Shin Joo Hwan, and Jung Won Chang, as they set to create a thrilling and energetic horror film.

The teaser poster gives a glimpse of what’s to come as a damaged doll is hung by strands of hair dripping with blood with a red backdrop. The tagline, “You… are all dead,” hint at a morbid outcome for the group. 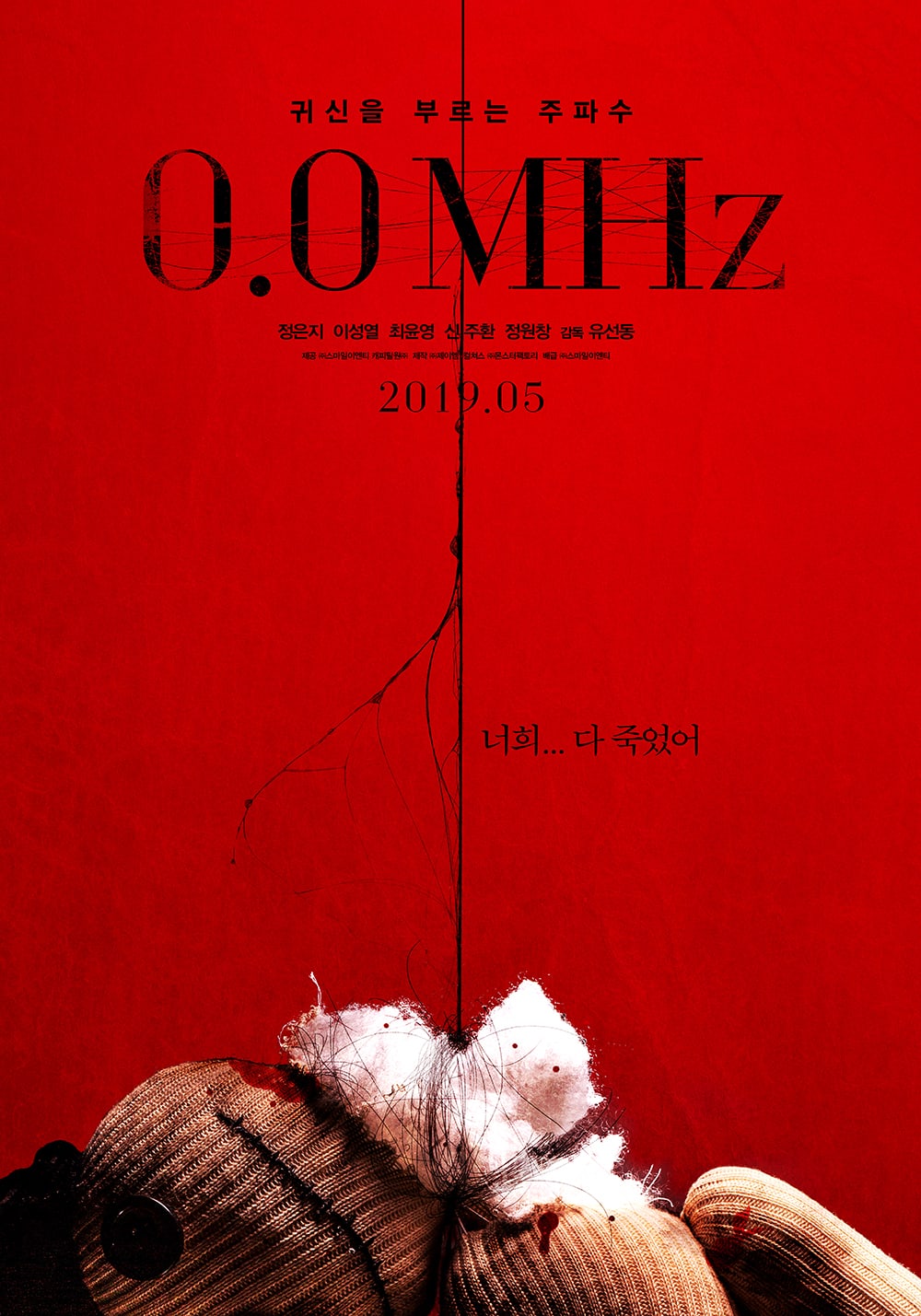 The teaser video adds on to the chills as it talks about Thomas Edison’s last invention being a ghost detector, and how 0.0MHz is the brain frequency that allows the soul to leave the body and interact with ghosts. A countdown goes down from 1.0MHz as various terrifying scenes flash by of possessions, ghosts, and an eerie voice is head saying, “You are all dead.”

“0.0MHz” is set to hit Korean theaters this May.