A story on the latest episode of “Hello Counselor” hit home for guest Ha Sung Woon.

The idol appeared in the February 25 of the KBS2 show, which includes ordinary people telling stories about their concerns. Celebrity guests are also invited to share their own worries and stories.

At the beginning of the episode, Ha Sung Woon was asked if he misses the other members of Wanna One now that they’ve wrapped up their official promotions.

Ha Sung Woon replied, “There were many members that I could be noisy with and have fun with, but now the waiting room is quiet. That’s when I think about them a lot.”

One of the guests in this week’s episode was a grandmother who shared her concerns about her granddaughter who is addicted to using her smartphone. She explained that the 11 year old (in Korean reckoning) uses her phone for over 10 hours a day, and stays up into the night doing things on it like creating videos such as dance covers to post online.

The hosts asked the grandmother, who is raising the young girl, what would happen if her grandparents took away her phone. She explained that she cannot because she works and needs to be able to check on her, and she also said it makes the granddaughter anxious to the point that she bites her nails.

Ha Sung Woon said, “I’m like that too. I bite my nails too, and when I’m lonely I use my phone. I was the same way as well. I was lonely so I’d always go out to meet friends.”

Fellow guest Hyun Young asked the girl if she couldn’t play with her grandparents instead. She replied, “My grandmother will say it’s tiring and play Go Stop, and my grandfather will just lie down and watch television.” 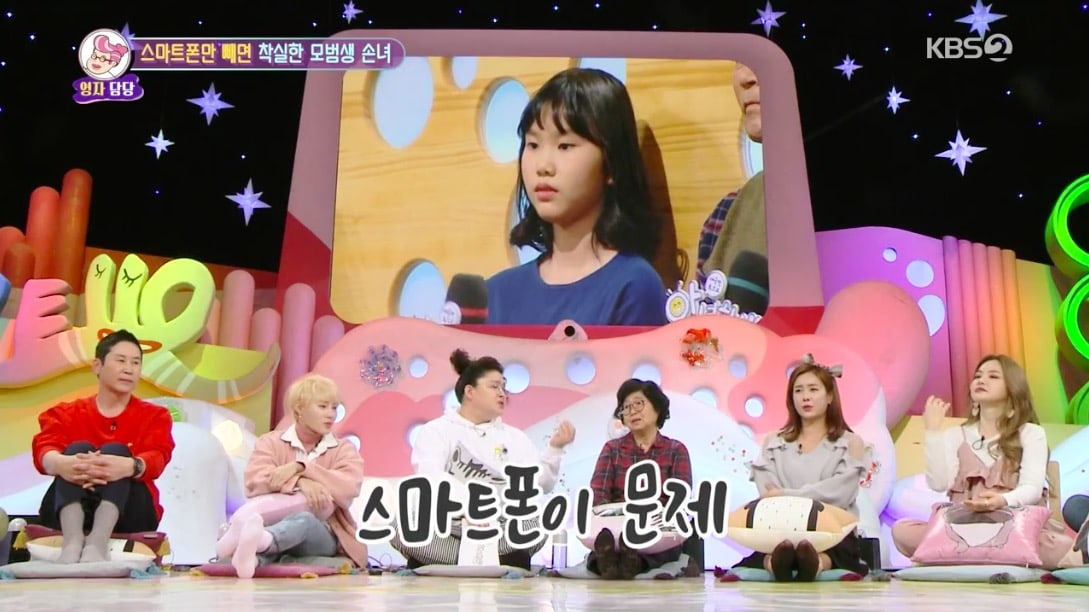 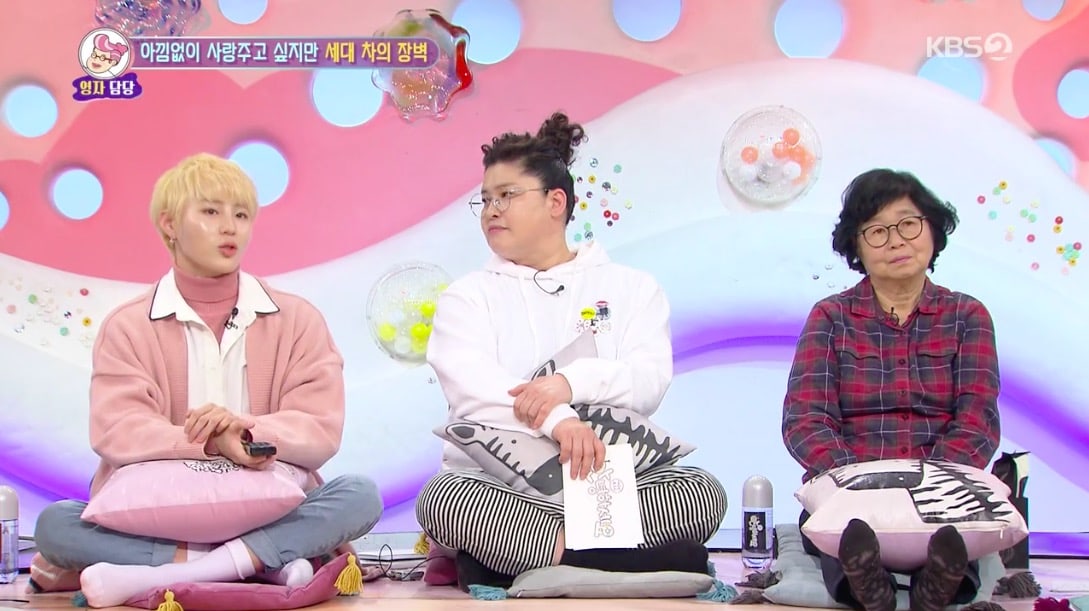 She also shared that when her mother appears in her dreams, she can’t clearly see her face. She occasionally sends letters back and forth with her father, but he is often too busy to reply.

Ha Sung Woon commented, “I also lived with my grandmother and grandfather, and I don’t remember my mother’s face either. I always went out to have fun, and that was a comfort for me.”

“Playing games with your grandparents like yut [a traditional game] only lasts a short time,” he recalled. “It’s not something you can enjoy for a long time. So I understand why she’s using her phone.”

He later said, “After my grandmother passed away, I had a lot of regrets. I should have done better while she was still here. I think it would be good if you thought more about it from your grandmother’s point of view.”

Ha Sung Woon will be making his solo debut on February 28 with his debut album “My Moment.”

Hello Counselor
Ha Sung Woon
How does this article make you feel?