Sandara Park Gets Candid About Her Dating Life

Sandara Park surprised everyone with her honesty about her dating life.

On the February 25 episode of tvN’s “Seoulmate 2,” Kim Sook, Sandara Park, and Kim Young Chul visited a seafood restaurant in Manila Bay in the Philippines under the guidance of their hosts, twin sisters Tasha and France. It was revealed that many celebrities, including Sandara Park, visit this place.

Kim Young Chul asked Sandara Park if she went on dates here, and she candidly replied, “Yes. I mostly enjoyed secret dates in cars.” Then he asked her if she dated celebrities in Korea, and she answered, “In Korea… I’ve only dated celebrities.”

SHINee’s Key, who was watching as a member of the panel, looked shocked and asked, “You can talk about these things now?” Sandara Park frankly responded, “I reveal everything. I always say, ‘It happened during the Korean War.’ [Meaning that it happened a long time ago]. It won’t even be an issue now.” 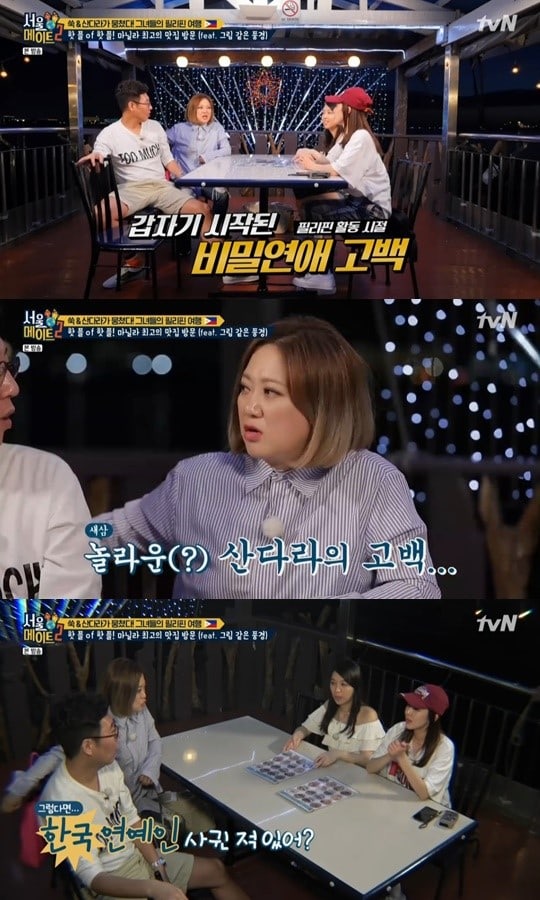 After dinner, the group went to a festival and was able to experience Sandara Park’s immense popularity in the Philippines. Kim Sook asked if Sandara Park would be okay attending a festival, and she assured, “I think it will be okay. Everyone is too busy watching the festival to notice me.”

However, she was surrounded by fans as soon as she got out of the car, and the road was completely jammed by the constant rush of people. Eventually, it became impossible to continue filming. Kim Sook commented, “Dara, you go home first. I’m going to look around more,” making everyone burst into laughter.