Rain spoke about the effects of training for his upcoming film “Uhm Bok Dong.”

On the February 26 episode of SBS’s “Night of Real Entertainment,” Rain and Kang So Ra were interviewed about their film. “Uhm Bok Dong” is based on a true story about a South Korean cyclist who wins first place in a bicycle race during the Japanese colonial era.

When the reporter praised Rain’s broad shoulders, the singer-actor replied, “There aren’t many clothes that fit me, so the stylists are having a hard time.” Speaking about all of the bicycle race scenes which he appeared in, Rain explained, “I entered the athlete’s village. I rode a bike for six hours a day.” Referring to the film’s producer and actor Lee Beom Soo, Rain joked, “I started to feel resentful of someone while continuing to ride it.”

He added, “Distance-wise, I think I rode about halfway around the world. Thanks to the bike, my butt became really nice. I can’t explain anymore in detail, but it naturally became a good workout.”

Rain also revealed that his thighs became so thick due to the training that his pants went from a size 32 to size 40. 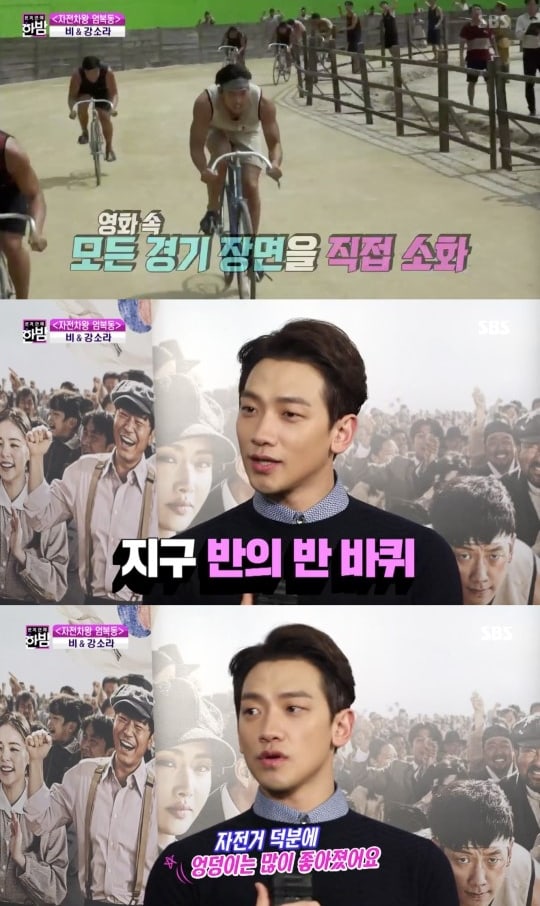 Rain
E-news Exclusive
How does this article make you feel?