New details regarding NCT 127’s concert in Singapore for their world tour “NEO CITY: The Origin” have been released!

NCT 127 will hold their first official concert tour in Singapore on July 20 at Singapore Indoor Stadium.

The group recently made a comeback with their mini album “We are Superhumans” and have made an impressive performance on various domestic and international music charts. NCT 127 kicked off their world tour from Seoul on January 26 & 27. Following their tour in Japan, the United States, Canada, Mexico, Thailand and Europe, NCT 127 will be in Singapore on July 20. Tickets are priced at $288, $248, $208, $168 and will go on sale June 23 at noon SGT across all Sports Hub Tix ticketing channels. Singtel customers can enjoy exclusive pre-sale on June 22 from 10 a.m. to 11:59 p.m. SGT. Visit Singtel Facebook for more information. For more details on the show, visit One Production Facebook page.

NCT127 has revealed new stops for their world tour “NEO CITY – The Origin”!

In addition to the U.S., the world tour will be stopping at Mexico and Russia. Below are the dates and venues: 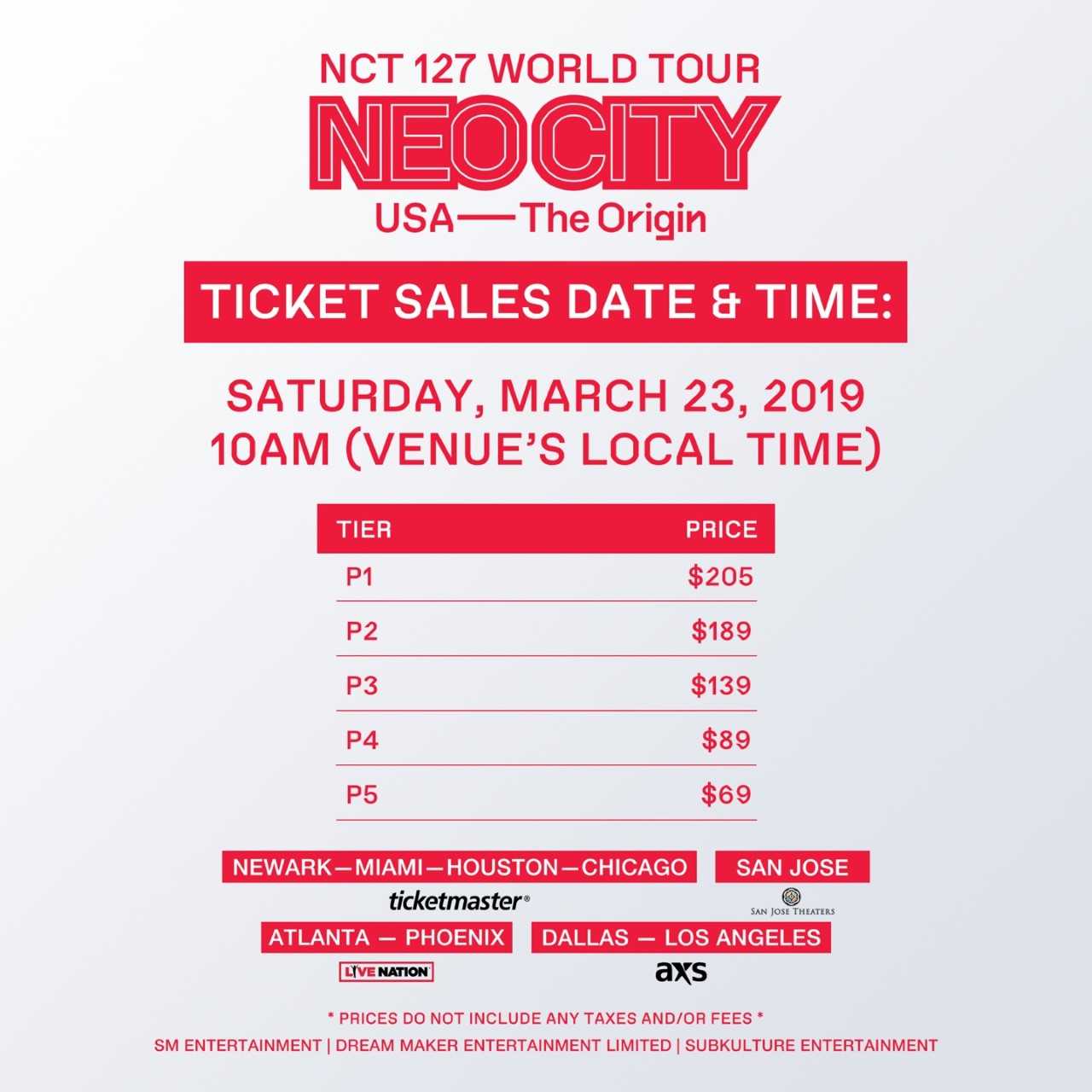 NCT 127 has officially announced the venues for their upcoming tour of the United States!

On March 12 local time, NCT 127 revealed new information about the U.S. leg of their very first world tour “NEO CITY – The Origin,” which will kick off in April and take the group to nine different cities for a total of 10 shows this spring. 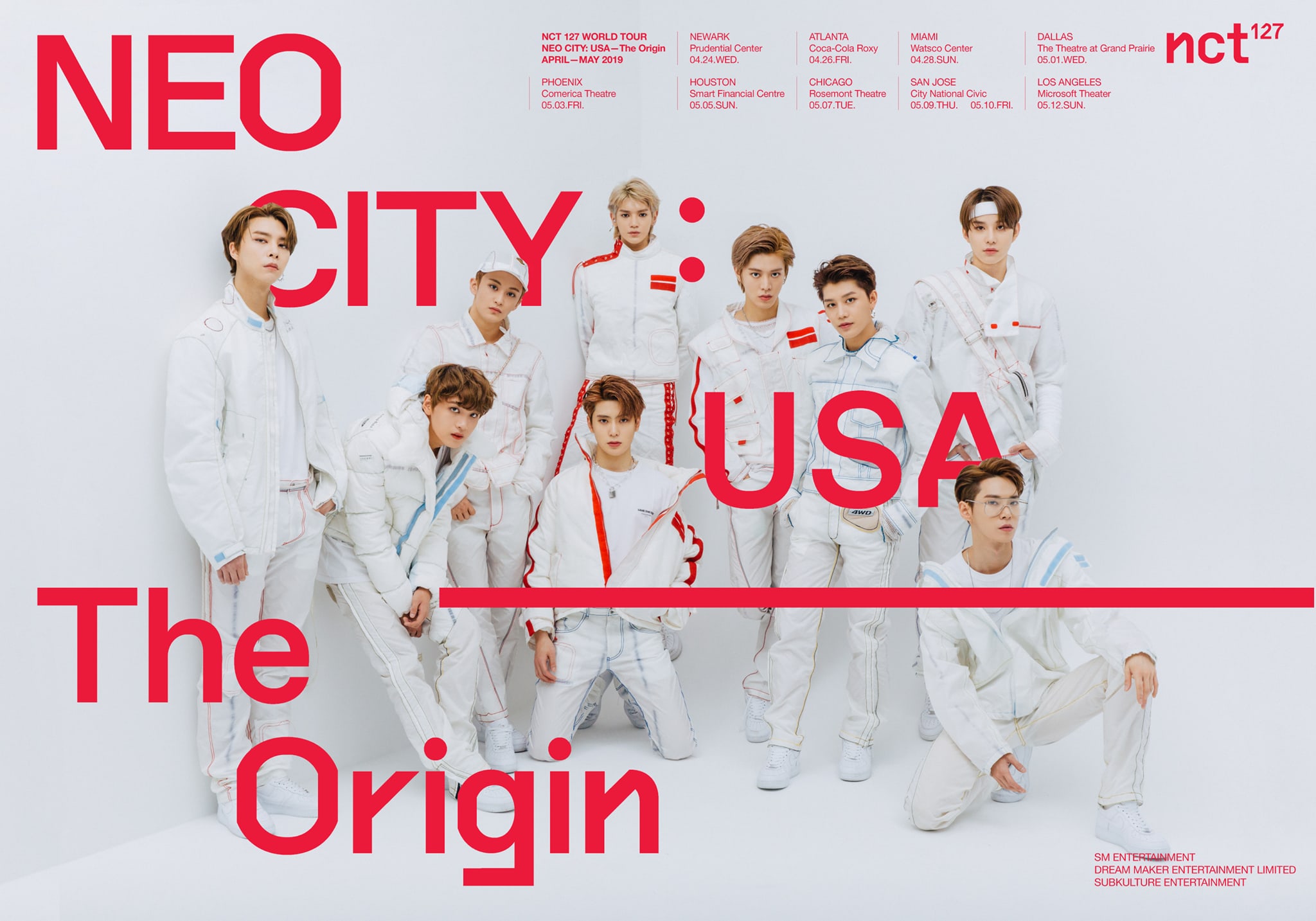 #NCT127inUSA will take place at the following venues in April and May:

DALLAS, TX
Wednesday, May 1
The Theatre at Grand Prairie

SubKulture Entertainment will be releasing ticketing information for the tour soon, so stay tuned for updates!

NCT 127 will be traveling across North America for their first world tour “NEO CITY – The Origin”!

On February 27, the group launched a teaser video revealing the stops for the North American leg of the tour. They will be performing in 11 cities in North America, which is the most for a Korean boy group. 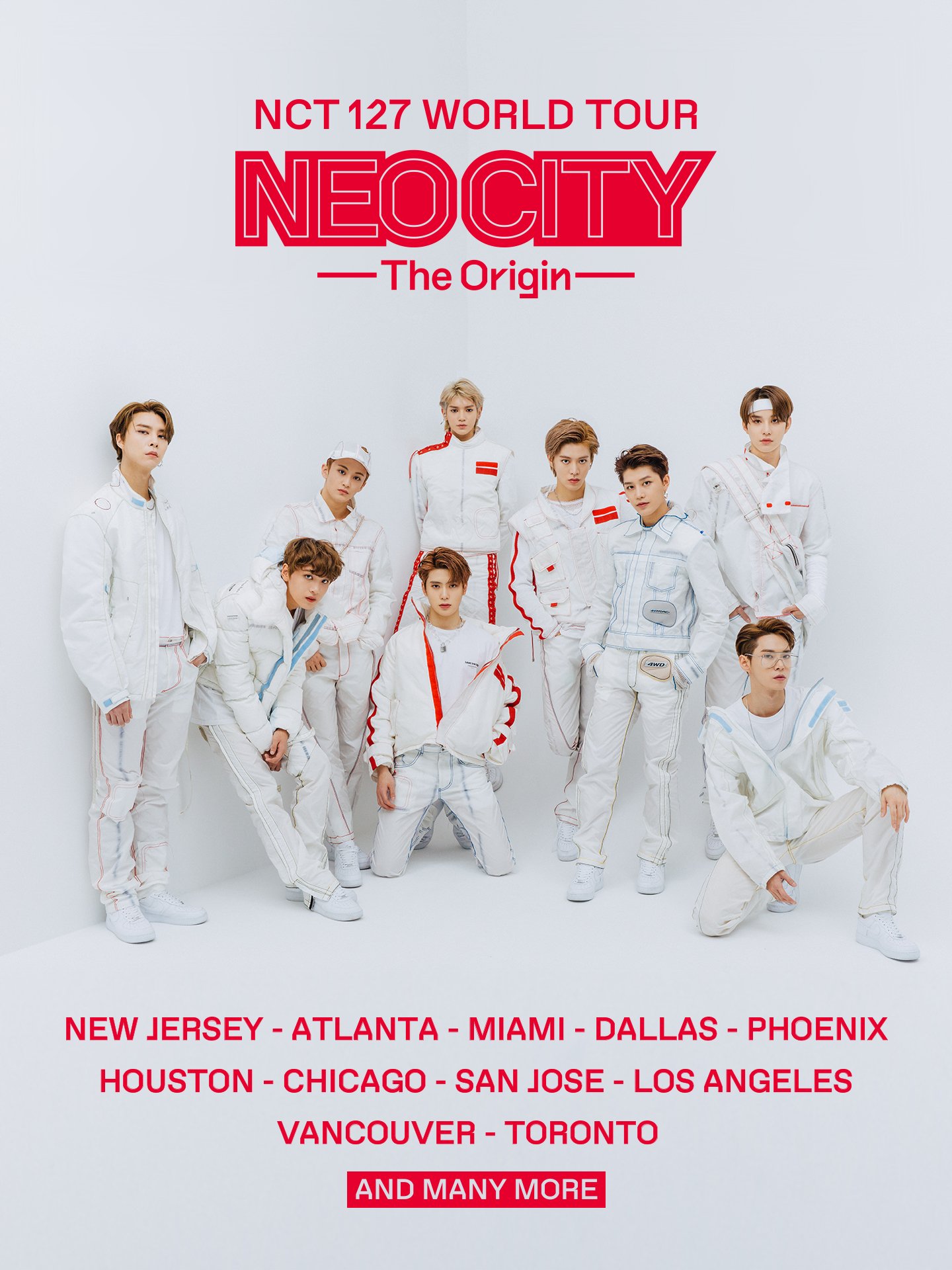 The tour dates are as follows:

Check out the teaser clip below: