SF9 is heading to the United States and Europe this spring!

On February 28 KST, FNC Entertainment officially announced that SF9 would be embarking on an exciting 10-city tour of the United States and Europe in April.

SF9 will be kicking off their “2019 SF9 USA – Europe Live Tour ‘UNLIMITED'” in Chicago on April 19, before traveling to New York to perform on April 21, Atlanta on April 24, and Los Angeles on April 26. The group will then take their tour to Europe in May, holding concerts in Moscow on May 2, Warsaw on May 3, Berlin on May 5, Amsterdam on May 8, Paris on May 9, and London on May 12.

SF9 last toured the United States in November 2017, when they held their “2017 SF9 BE MY FANTASY IN USA” fan meeting tour.

Check out the newly announced concert dates and venues for SF9’s upcoming tour below! You can also find more information on the tour and how to purchase tickets here. 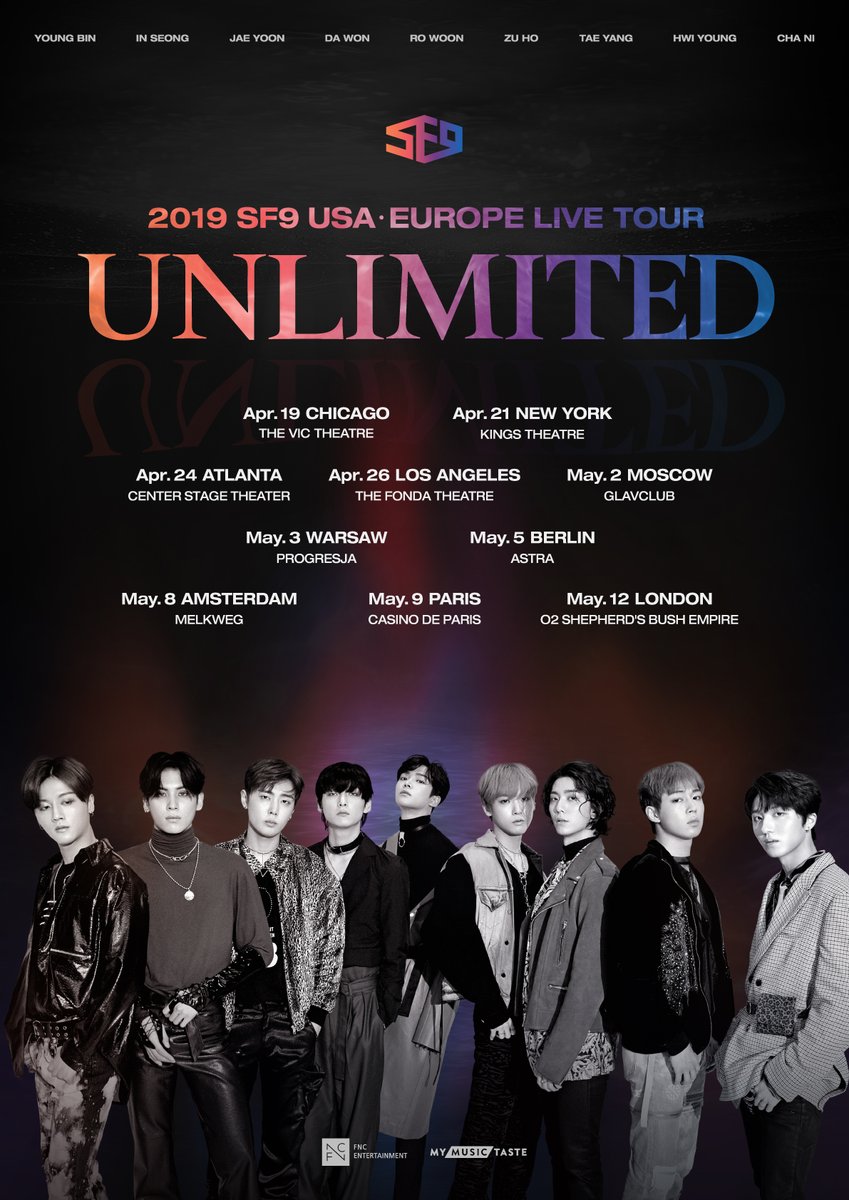