“Beautiful World” is JTBC’s new Friday-Saturday drama that tells the story of a young boy, who is on the brink of life and death after an incident of school violence, and his family fighting for justice in his name.

Nam Da Reum will take on the role of Park Sun Ho, a student who is in his final year of middle school when he becomes a victim of school violence. Kim Hwan Hee will play Park Soo Ho, Park Sun Ho’s younger sister who attends the same school as him. 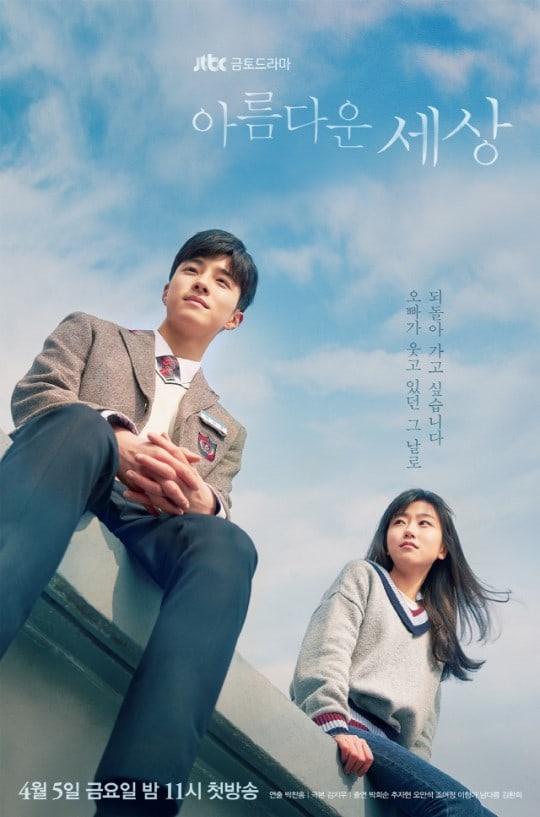 The tagline on the poster also reads, “I would like to go back to the days when my brother was smiling.” This is a reflection of Kim Hwan Hee’s thoughts as she wishes to seek the truth behind her brother’s tragedy in her own way.

The production team said, “The teaser poster that was released today shows the ‘HoHo’ (from Park Sun Ho and Park Soo Ho) siblings looking in different directions. We took this photo at an actual school. The day we shot this was still very cold, but we were able to make this beautiful and sentimental poster thanks to Nam Da Reum and Kim Hwan Hee, who fully immersed themselves into their characters.”

They concluded, “We ask that you continue to show your interest for the first episode, as well as the ‘Beautiful World’ Sun Ho and Soo Ho are hoping to create.”

“Beautiful World” will premiere on April 5 following the end of “Legal High” on JTBC.

In the meantime, check out the latest episode of “Legal High” below!