In the first image, Lee Dong Wook walks across a highway rest stop with a content expression on his face and a fish cake bar in his hands. But soon after, he becomes wide-eyed and displeased upon coming across someone else holding a dozen fish cake bars in their arms. 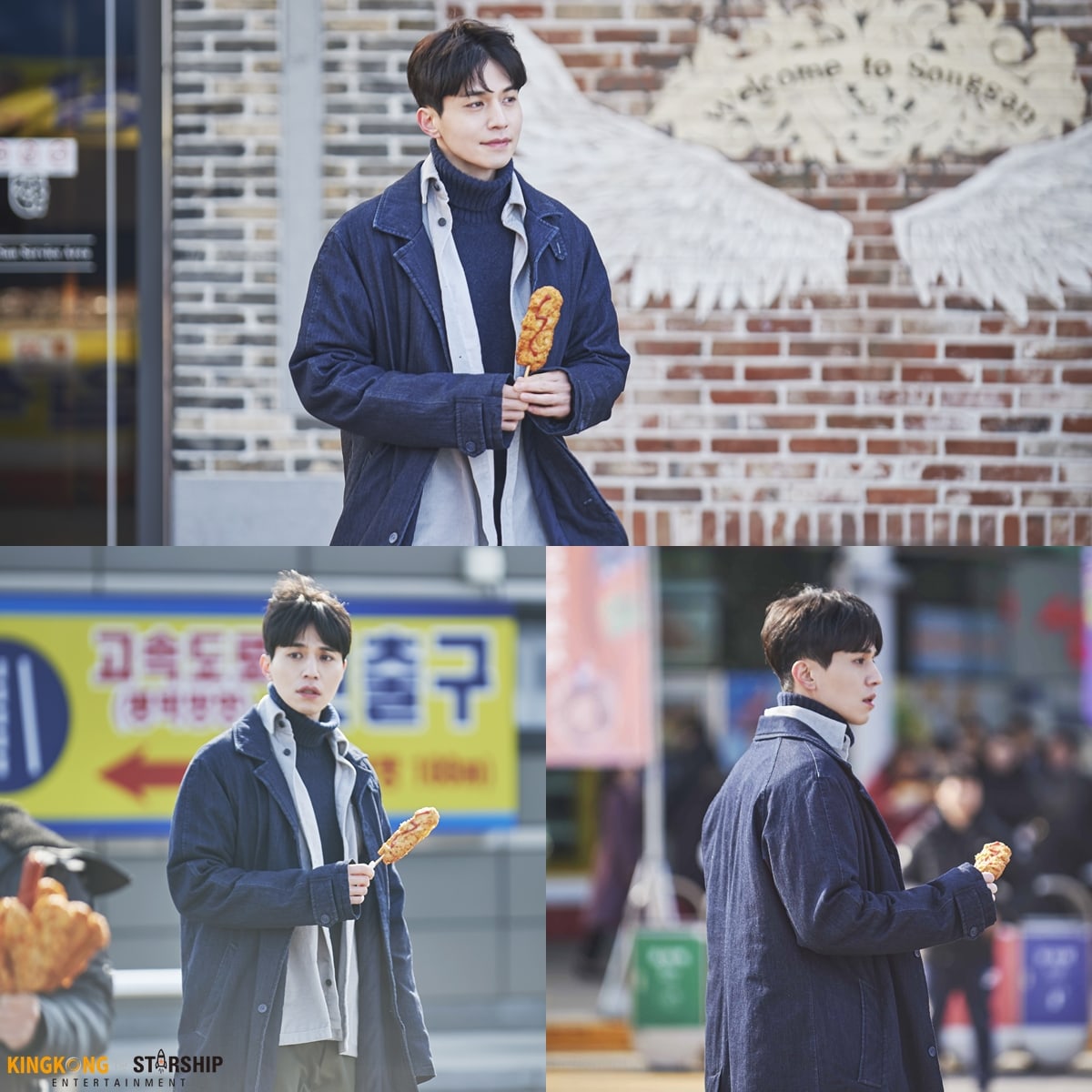 Previously on episode seven, Jung Rok made a bold confession to Jin Shim. He gave her a handwritten letter to saying, “Let’s date,” and the two officially began going out secretly. They also went on a date to an astronomical observatory on the day they became a couple.

The preview of the next episode showed the Jung Rok and Jin Shim going to their law firm’s workshop and suggested something interesting will happen in their budding relationship.