Ha Sung Woon’s been receiving lots of love and support from friends for his solo debut!

On February 28, the HOTSHOT and Wanna One member released his first solo mini album “My Moment,” which features his self-composed songs including the title track “BIRD.” Soon after its release, many of his idol friends posted to cheer him on!

BTS’s Jimin posted a screenshot on the group’s Twitter account from Ha Sung Woon’s new MV with the caption “I’ll cheer you on too, hyung. You worked so hard.”

MONSTA X’s Kihyun shared photos with Ha Sung Woon as well as a screenshot of himself streaming “BIRD.” 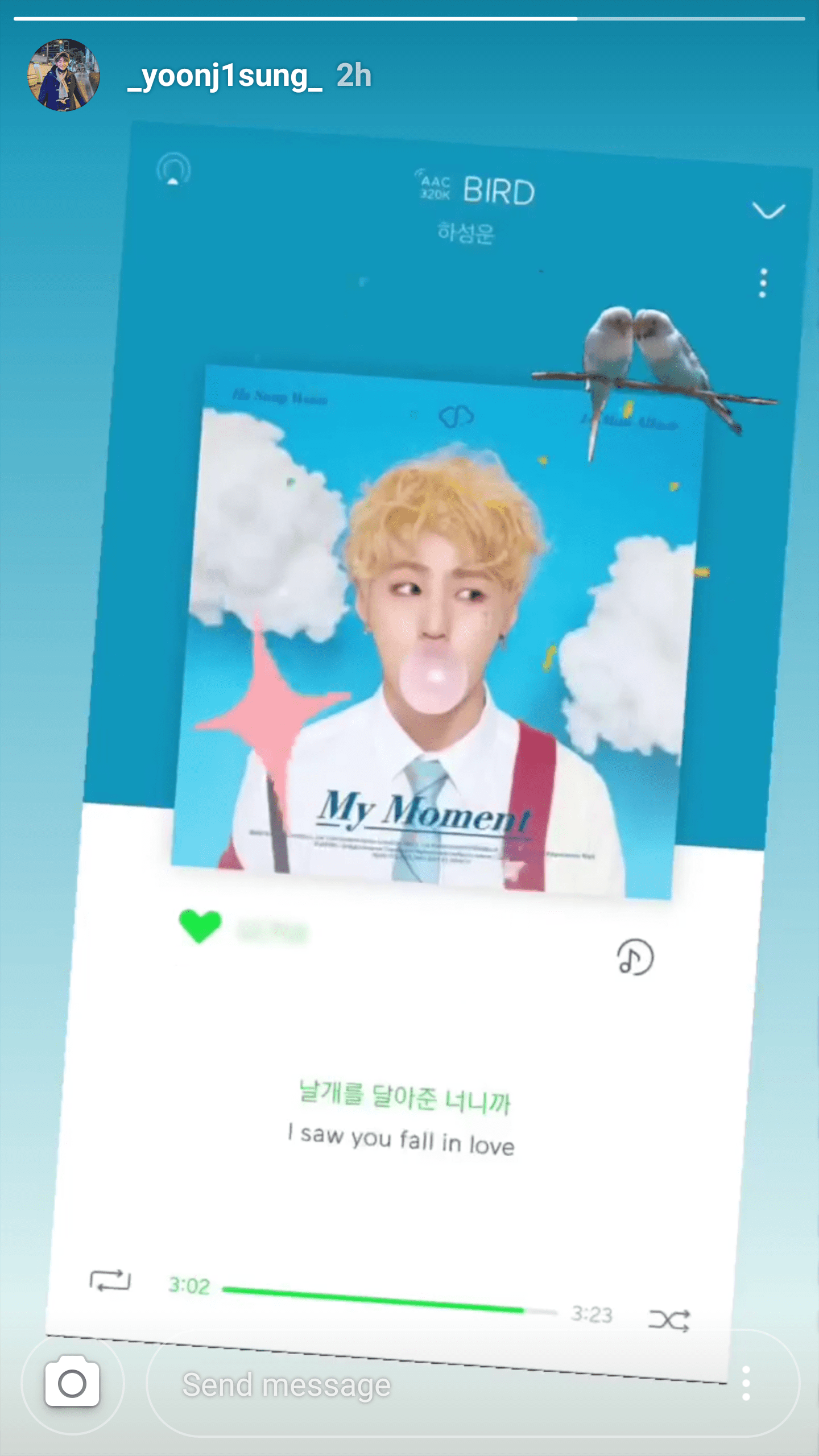 HOTSHOT’s Junhyuk also posted a screenshot in his Instagram story, and wrote “It’s so good.” 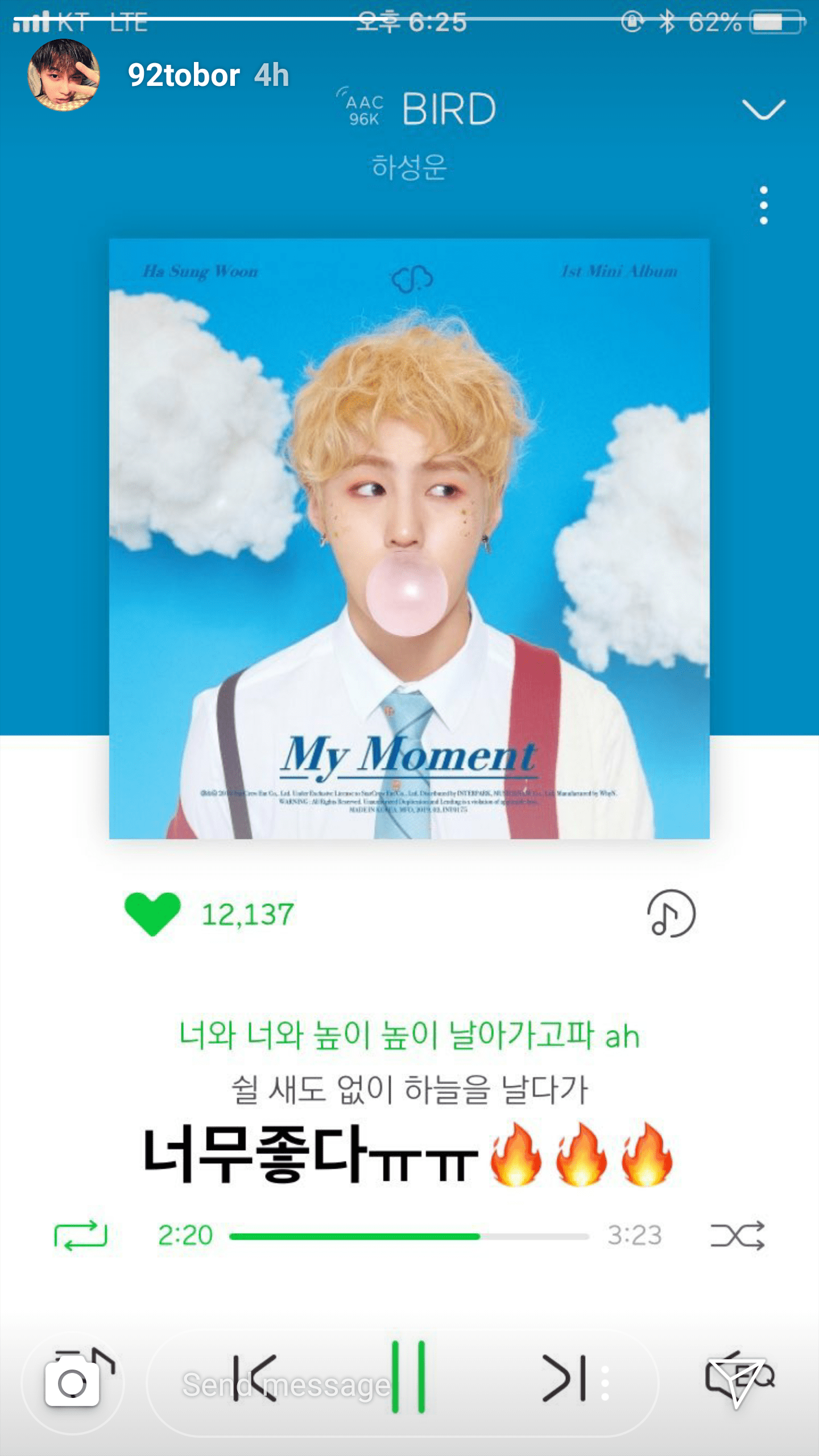 VIXX’s Ravi also shared a photo on his Instagram story of the album art to show his support! 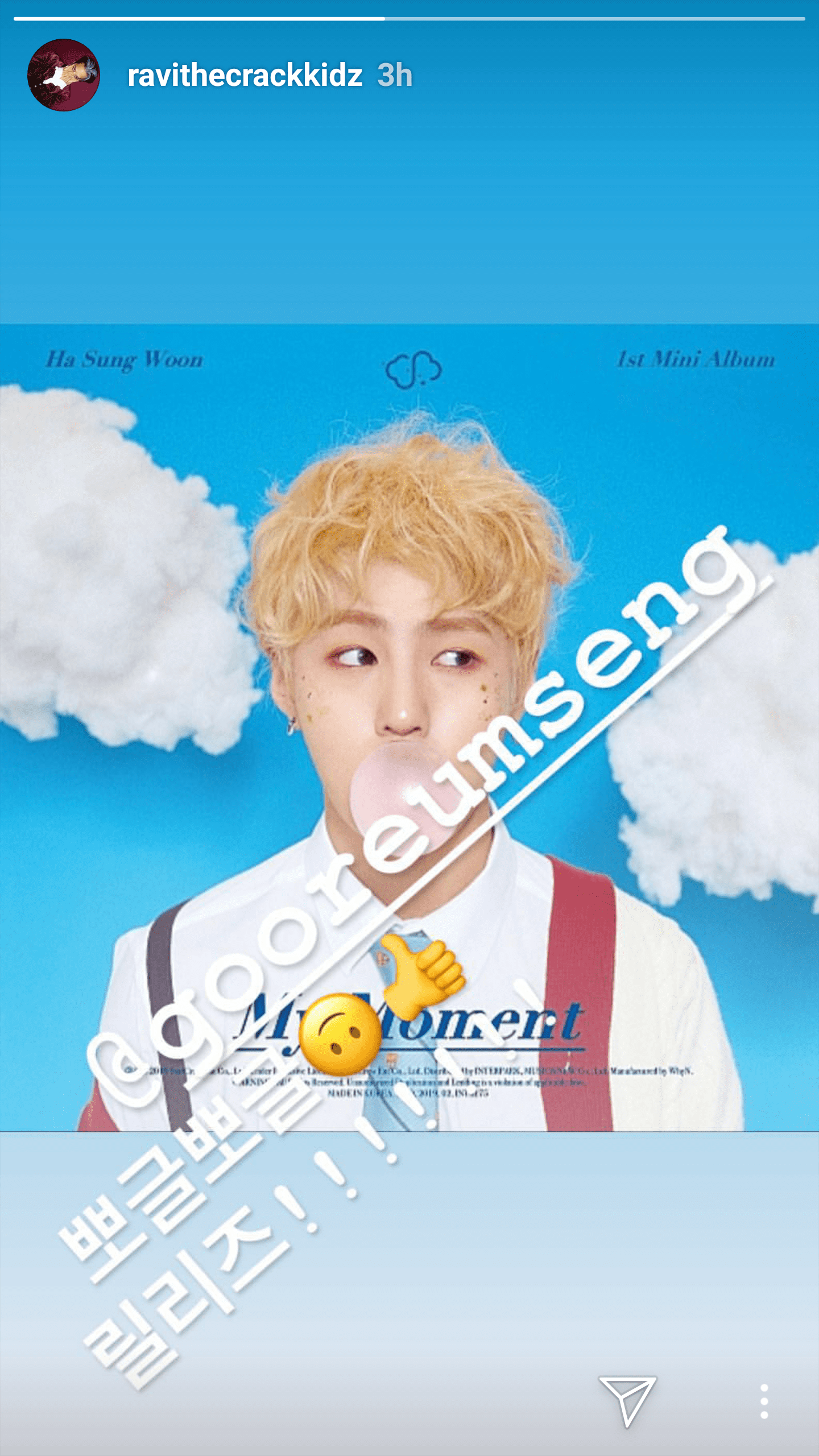