MONSTA X has officially revealed the details for the U.S. leg of their upcoming world tour “We Are Here”!

The group has now announced the venues and ticketing info for their U.S. tour, which will take them to six different cities in July and August. Tickets will go on sale on Friday, March 29 at 4 p.m. local time.

Check out the details and ticket prices for MONSTA X’s upcoming tour below! 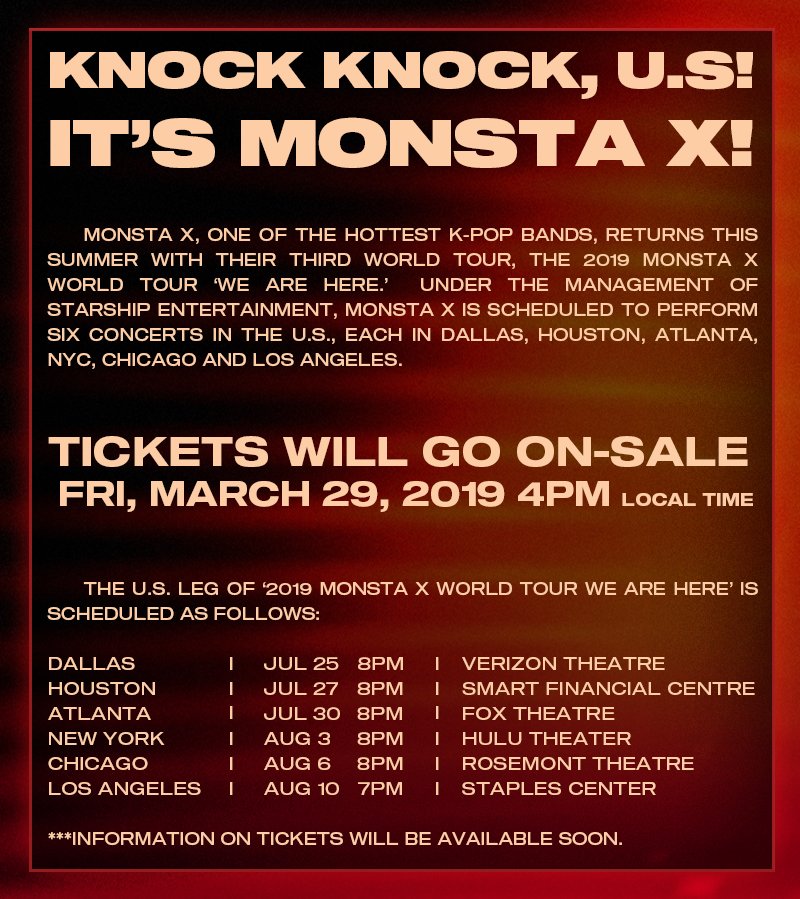 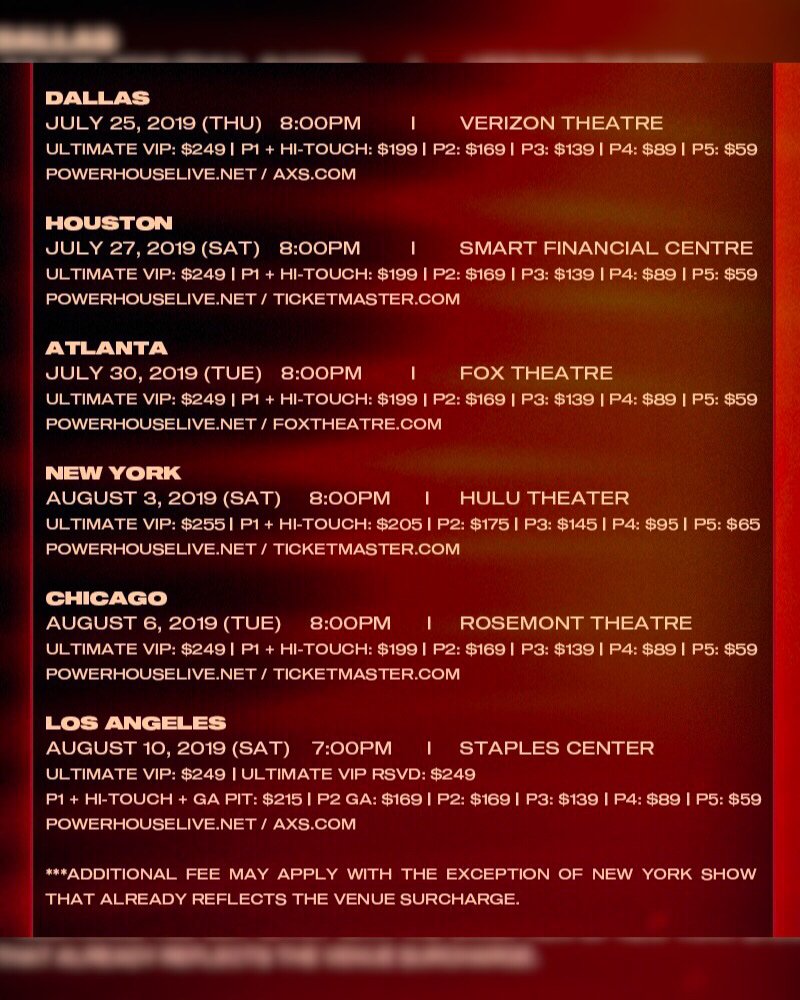 MONSTA X is embarking on a world tour soon!

The group will be opening their “We Are Here” world tour in Seoul on April 13 and 14. 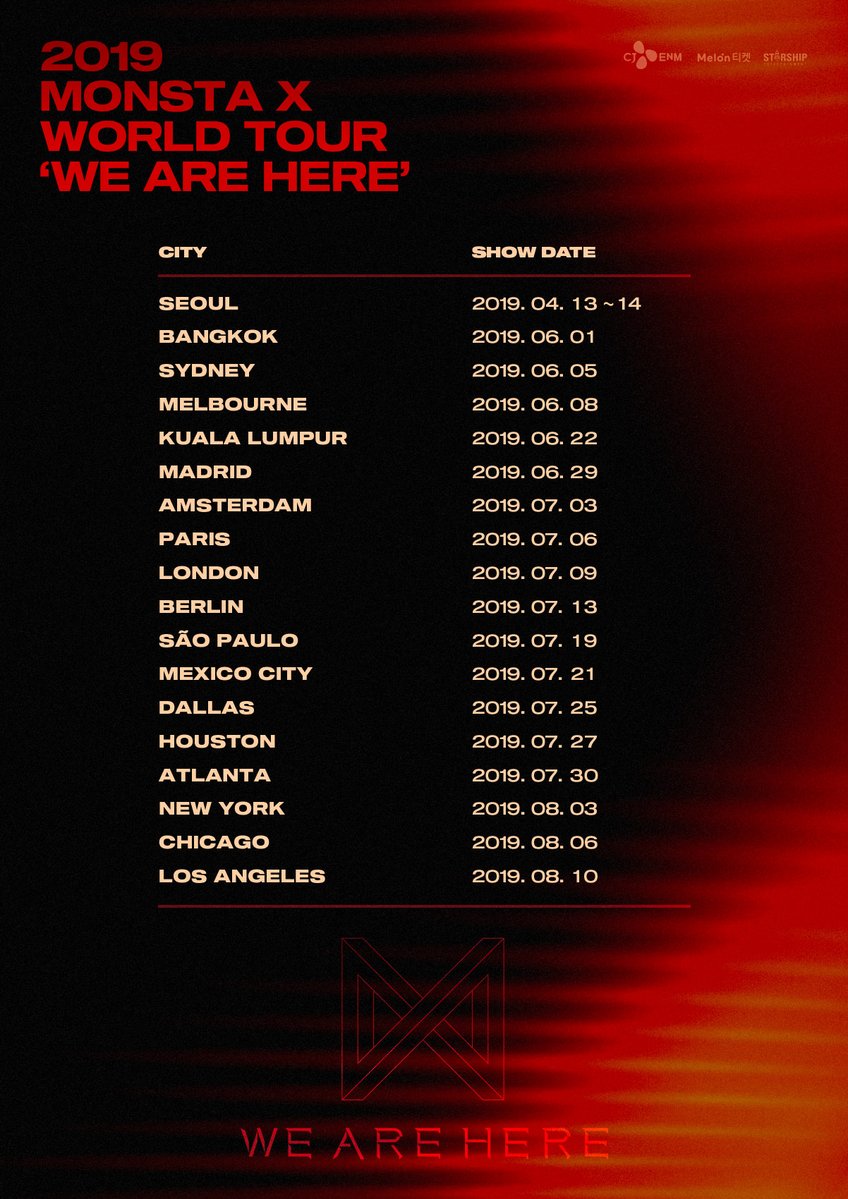 MONSTA X is currently promoting their new song “Alligator” off “Take.2: We Are Here,” which was released on February 18.