On the February 28 broadcast of KBS 2TV’s “Happy Together 4,” “SKY Castle” actress Park Yoo Na appeared as a guest and shared an embarrassing moment from her past she would like to erase: an old variety show appearance on “Star Golden Bell.”

Park Yoo Na said, “My parts were all cut from the final broadcast. Cha Eun Woo was next to me.” The actress explained that they appeared in “My ID Is Gangnam Beauty” together, after which someone found a screen capture of them on “Star Golden Bell.”

“Someone posted the photo of us sitting next to each other [on the show], and I had eaten ramyun (instant noodles) the night before, so my face was bloated. Cha Eun Woo was really handsome, and people were commenting that he was more pretty.” 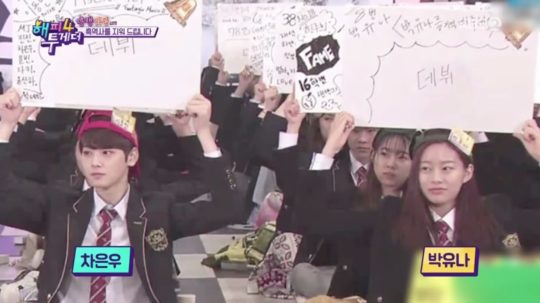 Park Yoo Na, who went to the same school as Cha Eun Woo, added, “He didn’t know me, but he was really famous as a handsome trainee.”

On people’s reactions to her after seeing her in “SKY Castle,” Park Yoo Na shared a story from the airport. She said, “The cast went to Phuket for vacation, and I was sitting on my luggage waiting for Kim Hye Yoon. Normally, when people recognize you, they might ask you for a photo, but they weren’t coming up to me. I kind of started to approach them, but they avoided me. I wondered why, and later, I saw a comment that said, ‘I saw Seri but I was scared, so I couldn’t approach her.'” 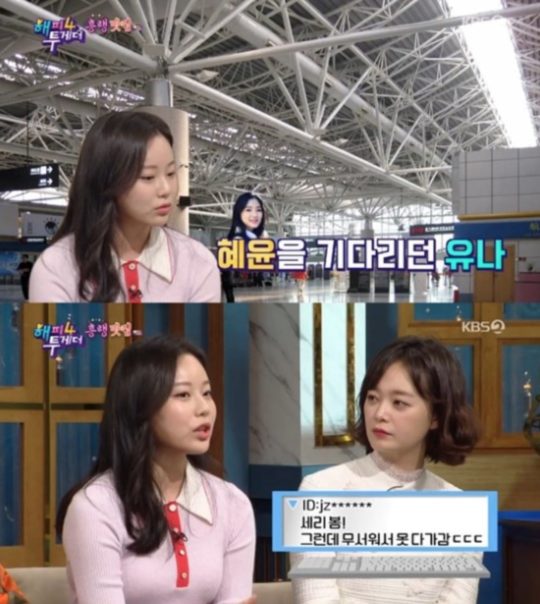 Watch “Happy Together” below:

And if you haven’t already, watch “SKY Castle”:

Happy Together
Park Yoo Na
SKY Castle
How does this article make you feel?