The cast of KBS’s Wednesday-Thursday drama “Liver or Die” recently kept their ratings promise by giving back to society!

“Liver or Die” tells the story of a family led by Poong Sang (Yoo Joon Sang) and his troublesome younger siblings. Poong Sang is diagnosed with liver cancer, and the drama follows the transformation his family undergoes. During the press conference before the drama premiered, cast member Oh Ji Ho promised that if the drama surpassed 13 percent in viewership ratings, the five main cast members would participate in volunteer work to give out food to those in need.

The drama surpassed the 13 percent mark on February 14, with viewership ratings of 14.8 percent. As of February 28, the drama has now hit 20 percent in ratings.

With the goal met, Yoo Joon Sang, Lee Si Young, Oh Ji Ho, Jeon Hye Bin, and Lee Chang Yeob kept their promise and visited the Seodaemun senior welfare center on February 25 and worked in the cafeteria. They greeted the elderly with warm smiles as they helped serve food and seat all the elderly people who were there for a meal. They also made sure to take photos with everyone who asked. 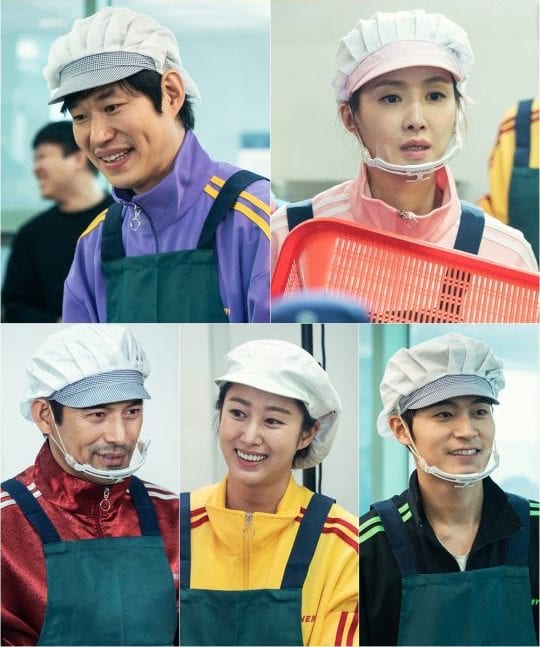 A source from the drama stated, “Everyone was happy to see the five actors as they arrived to volunteer their time. The elderly people at the center were excited to meet the actors, and discussed the storyline of ‘Liver or Die’ with them. One elder joked to Yoo Joon Sang, ‘Poong Sang, you can’t be sick, you have to get better soon,’ making everyone smile.”

“Liver or Die” every Wednesday and Thursday at 10 p.m. KST. Catch up with the latest episode below!