Watch: MONSTA X Hilariously Answers Questions From Fans On “Ask In A Box”

MONSTA X recently answered questions from their fans in 1theK’s “Ask in a Box” video!

Shownu was first asked about the type of commercials he wanted to shoot. He pretended to shave his face, hinting at his choice of a razor commercial. He stated while trailing off, “I grow a lot of hair, so if I shoot something like that…” Hearing this, Minhyuk answered, “So you’ll receive some for free?” causing Shownu to sheepishly agree. 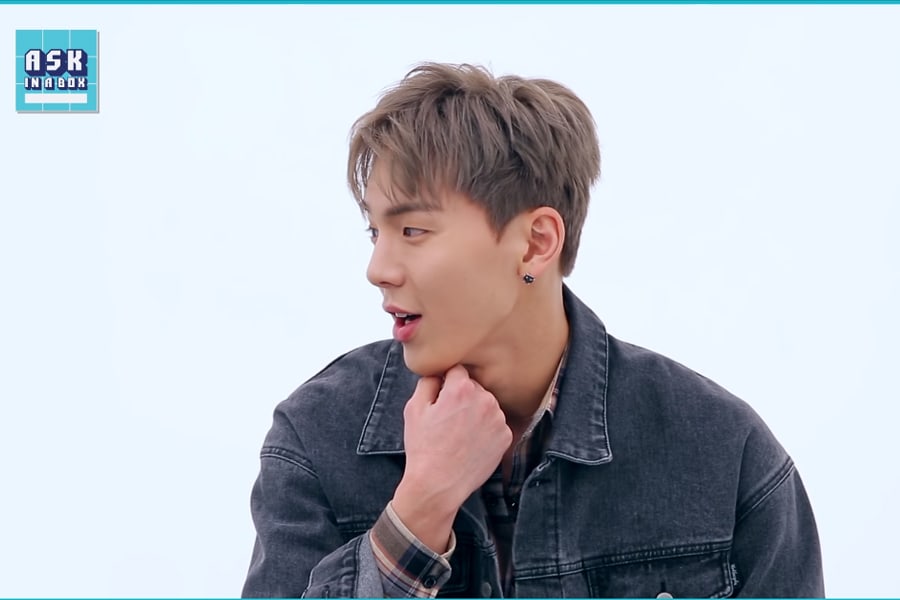 Joohoney then read a question from a fan that said, “If you were able to use one magical power, what would you use?” Wonho replied, “The power to teleport,” with Kihyun nodding his head in agreement. 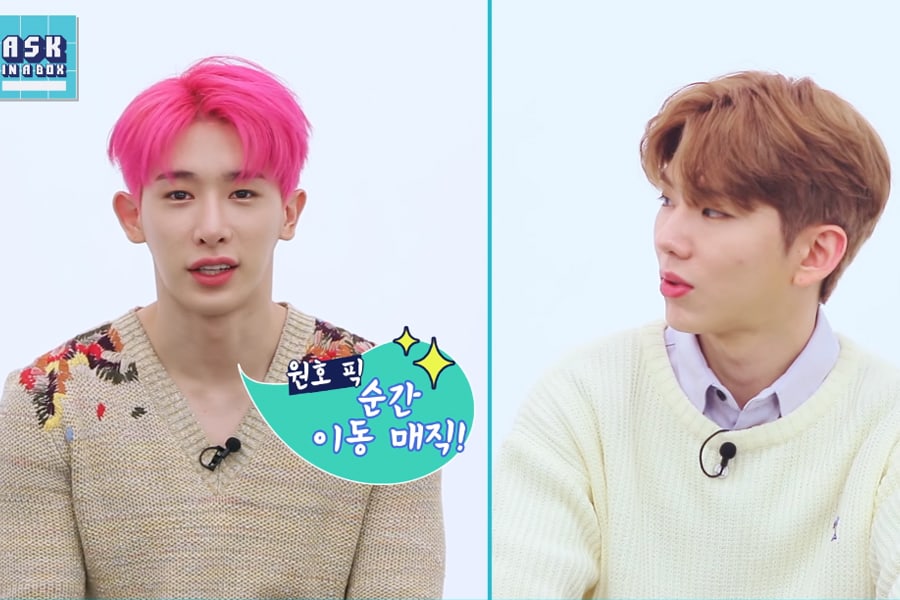 Minhyuk then revealed his members’ habits that only he knew about. He first picked Shownu’s habit of sticking out his lips, Joohoney’s way of scrunching up his eyes and tilting his head back and forth when feeling embarrassed, and Kihyun’s habit of clearing his throat when he entered the restroom. For Wonho, Minhyuk chose his way of accentuating his “L” sounds when speaking, and for Hyungwon, Minhyuk pointed out his habit of saying “No.” Unfortunately, Minhyuk was unable to pick out a habit of I.M’s. 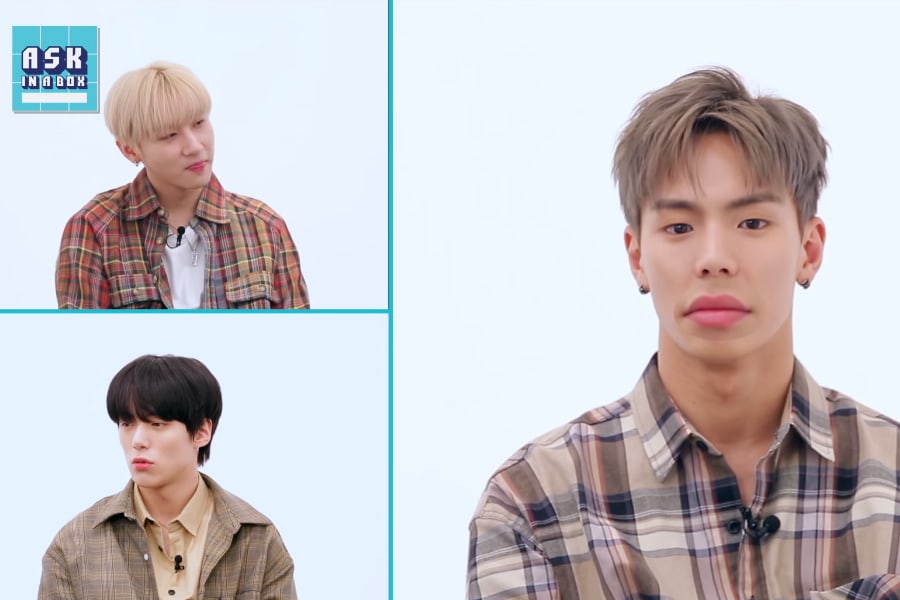 The members chose Minhyuk’s habits, including tapping his temples, slowly blinking, and scratching his head after dancing. 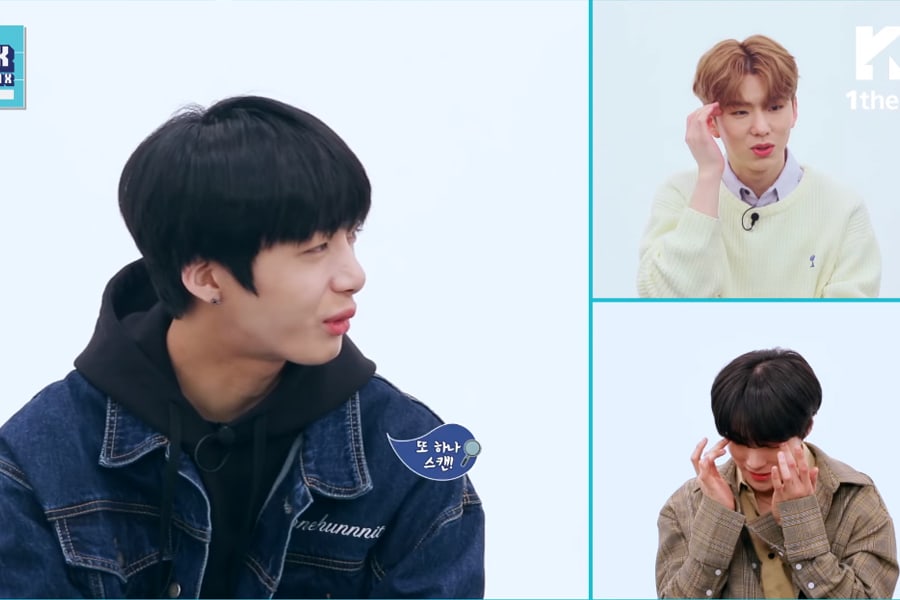 Later, Hyungwon was asked to choose his favorite “morning angel” members. When he replied, “Wonho, Shownu,” Minhyuk questioned, “Didn’t you pick Joohoney last time?” Hyungwon jokingly explained, “Ever since Joohoney shouted out some weird rap in the morning, I didn’t like him.” 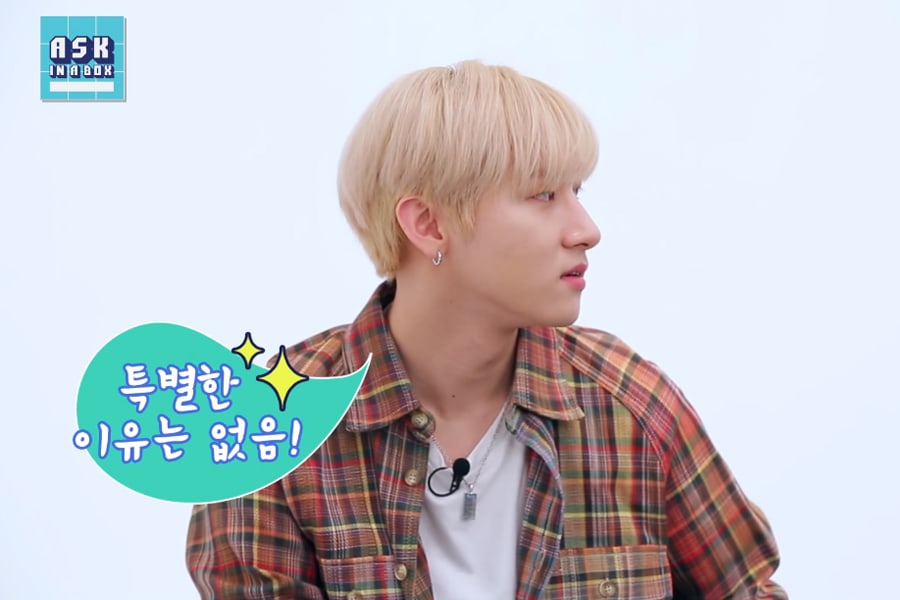 I.M was the final member to be asked questions. When asked if there was a particular reason he did nail art, he referenced a popular Korean meme and repeatedly said, “No, there isn’t. No, I just don’t have one.”

MONSTA X recently made a comeback with their latest track “Alligator.”