Lee Dong Wook showed his fun personality on the set of “Touch Your Heart”!

While he plays the serious lawyer Kwon Jung Rok in the drama, it looks like it his great sense of humor in real life keeps the mood up during filming. In a recently released behind-the-scenes video from their shoot for episode 7, Lee Dong Wook has everyone laughing, particularly his co-star Yoo In Na!

In the episode, Oh Yun Seo (played by Yoo In Na) daydreams during a meeting that Kwon Jung Rok is confessing his love to her through his presentation. While they were filming, Lee Dong Wook made Yoo In Na laugh by showing how he might do an over-the-top performance of the lines “She’s a thief who stole my heart!” and “Accept my heart!” 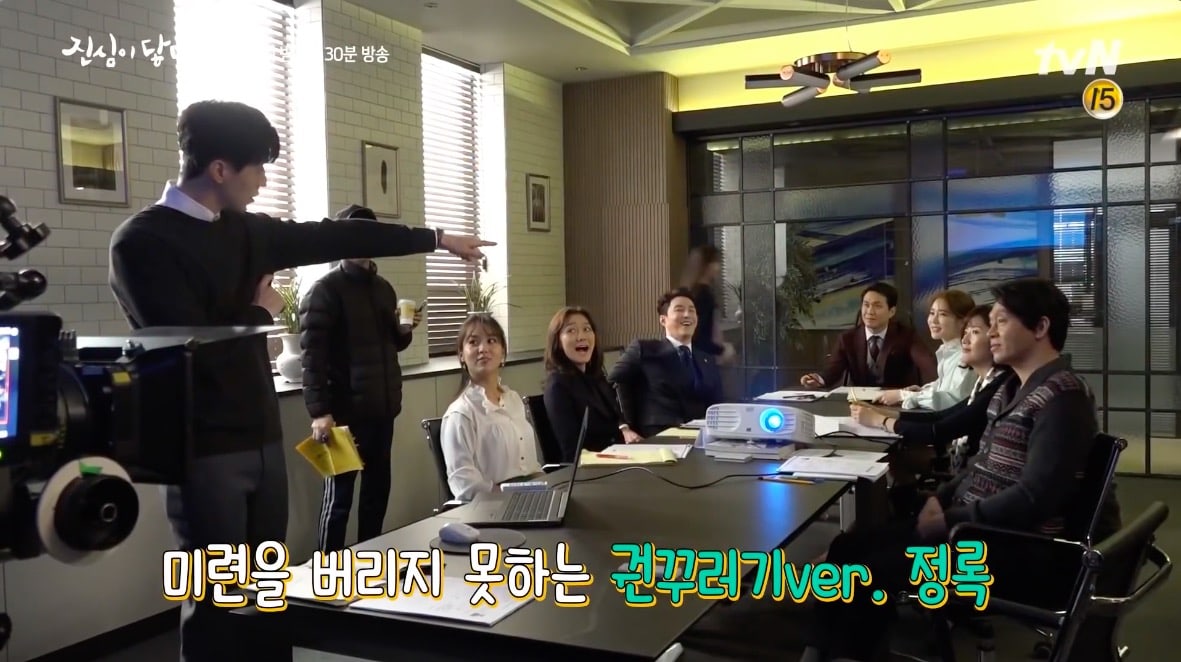 In the next clip, Lee Dong Wook leads Yoo In Na into her character’s office, where he’s left a surprise note for her. “It’s my message of encouragement for you,” he told her.

“This is a threat, not encouragement!” replied Yoo In Na.

Lee Dong Wook then read his note out loud. It said, “Oh Jin Shim, hang in there today! Please change your clothes quickly. I ask for your cooperation.” 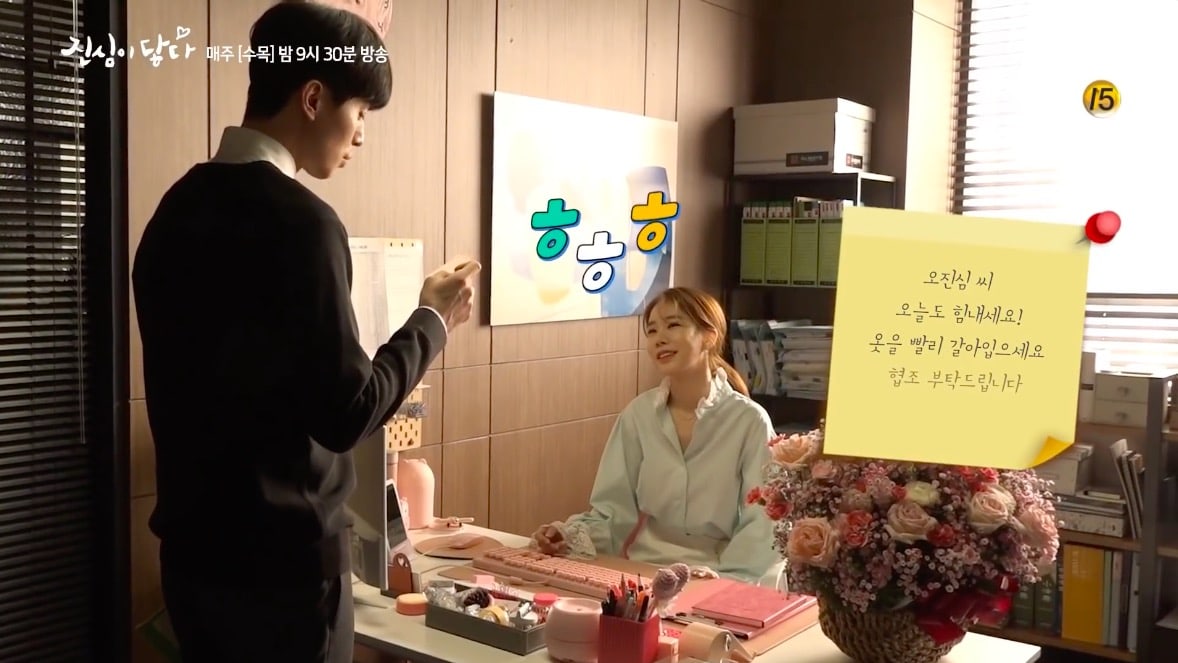 Yoo In Na laughed and said, “How could I change my clothes any faster?” She then told him to sit down and write another note, and she took a photo of him as he did so. He left the message in the bouquet on her desk, and she excitedly went over to check it. The content of the message was kept a secret from viewers. 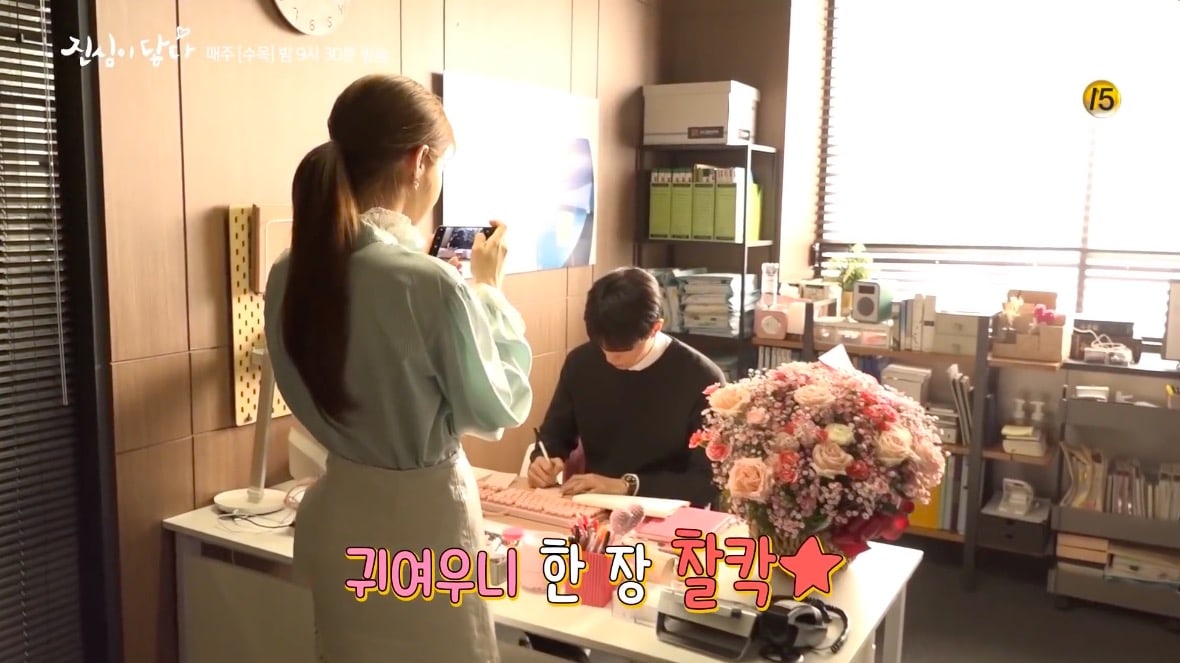 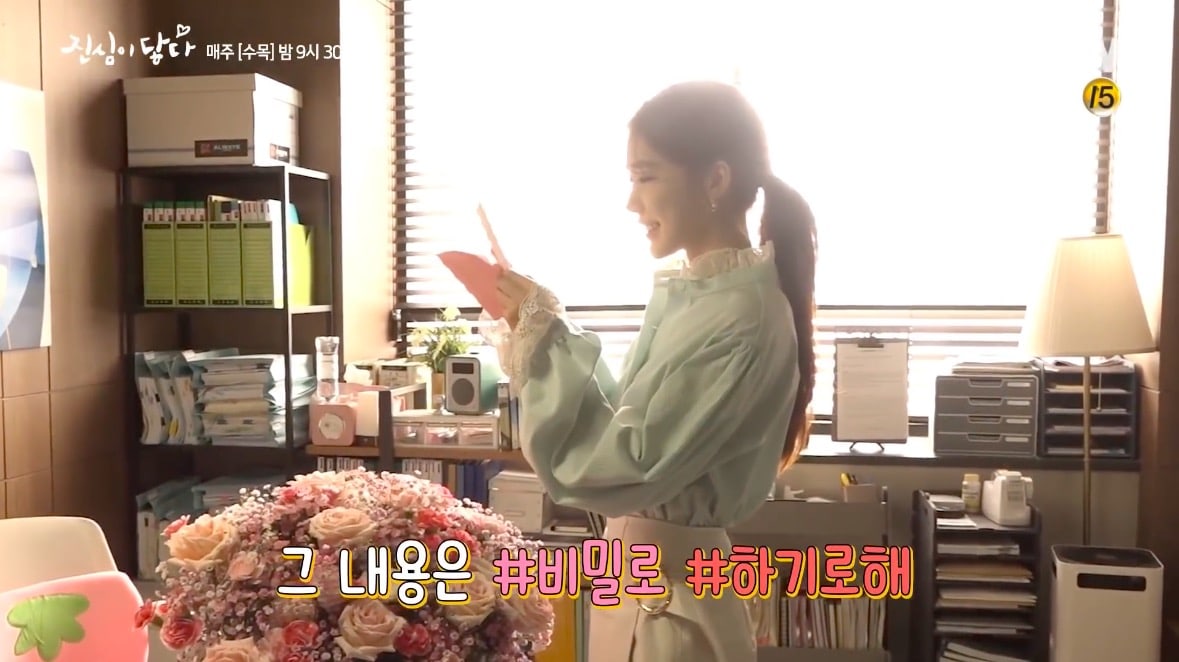 Later on, they filmed the scene in the park where Kwon Jung Rok asked Oh Yun Seo out by giving her a handwritten letter. “Are you going to give it to me with two hands?” she said to him with a laugh as they rehearsed, and he replied, “Of course, I have to.” Presenting an object with two hands is seen as more polite in Korean culture. 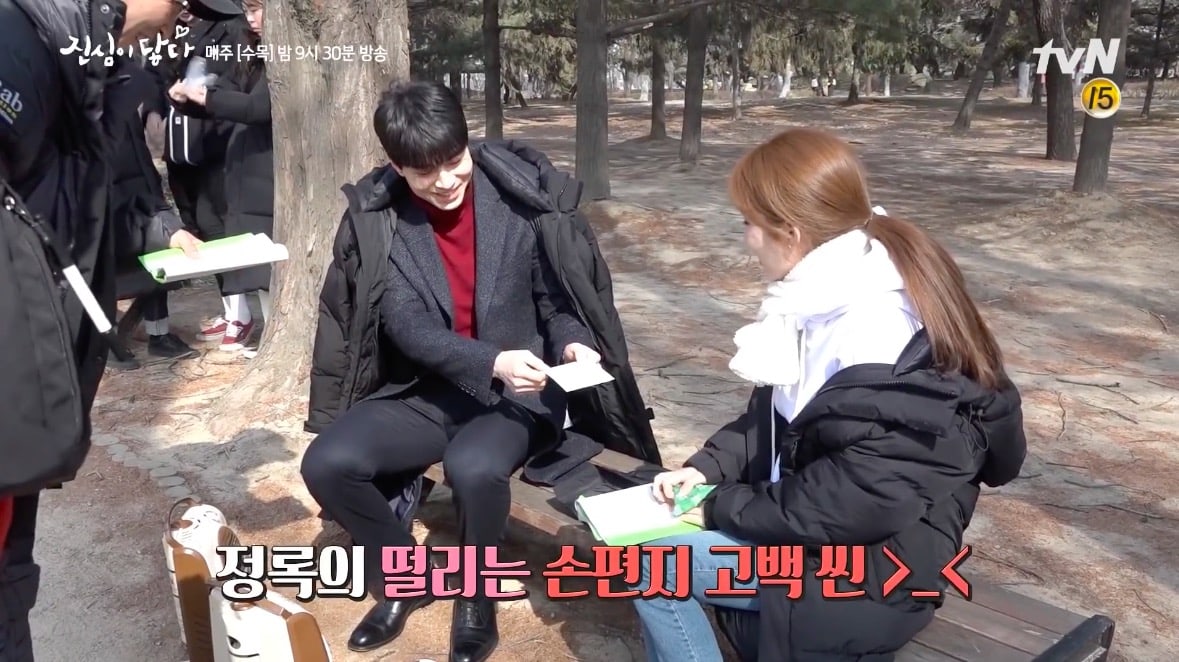 Lee Dong Wook also carefully fixed the placement of the hood on Yoo In Na’s sweater as they prepared to film, and later made her laugh by lightly hitting her with the arms of his padded jacket. 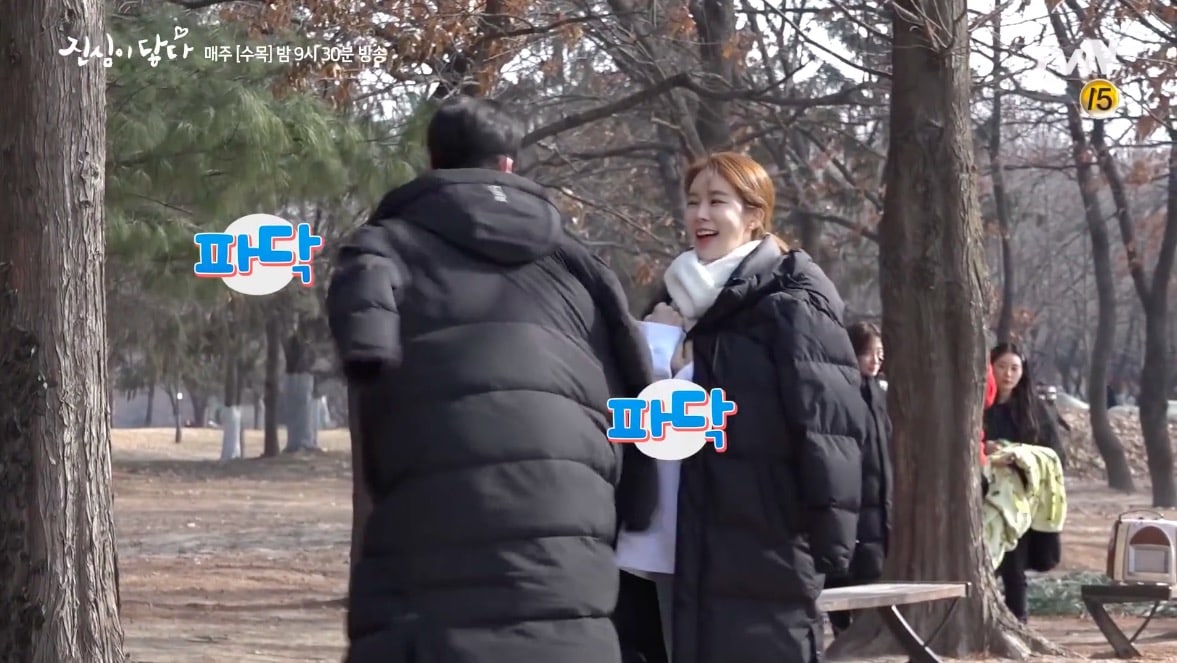 When Oh Yun Seo thanked Kwon Jung Rok for finally telling her his feelings, Lee Dong Wook said, “Let’s go, it’s cold,” and had her laughing again as he grabbed her by the hood and pulled her.

“Touch Your Heart” airs on tvN on Wednesdays and Thursdays at 9:30 p.m. KST.