Han Hye Jin tearfully reflected on her career on MBC’s “I Live Alone.”

On the March 1 episode, Han Hye Jin and Kim Won Kyung continued to enjoy their trip in Hawaii for the 20th anniversary of their modeling careers.

Sitting on the beach and looking out onto the sunset, the two models opened up to one another. Han Hye Jin told her friend, “I’m only going to [model] until this year,” and Kim Won Kyung replied, “Until this year? I think the fact that we even made it this far is a miracle.”

In her interview, Han Hye Jin began, “It was very complicated. I just…” Tearing up, she took a moment to compose herself and continued, “Interestingly enough, I don’t think I was very happy when I look back at the things I’ve done. I wondered why I wasn’t just happy and why I couldn’t just enjoy it. I was really upset whenever I asked myself this. Whenever I talk about work, my mom would get so upset, even more than what she would show me.”

She continued, “It’s a job that’s just about your appearance. Objectively speaking, you’re working with what you have on the outside, so there’s a limit to what I can change with my efforts. It was really upsetting when I heard people say how I modeled when I look like this. My mom gave birth to me wonderfully, but, though I don’t want to admit it, there are difficulties for me when it comes to myself as a woman, daughter, and someone’s girlfriend.”

The cast and guests became quiet in the studio while watching Han Hye Jin’s interview. MAMAMOO’s Hwasa and Park Na Rae also cried while watching and commented, “We can feel how hard you worked behind-the-scenes and how lonely you must’ve been.” 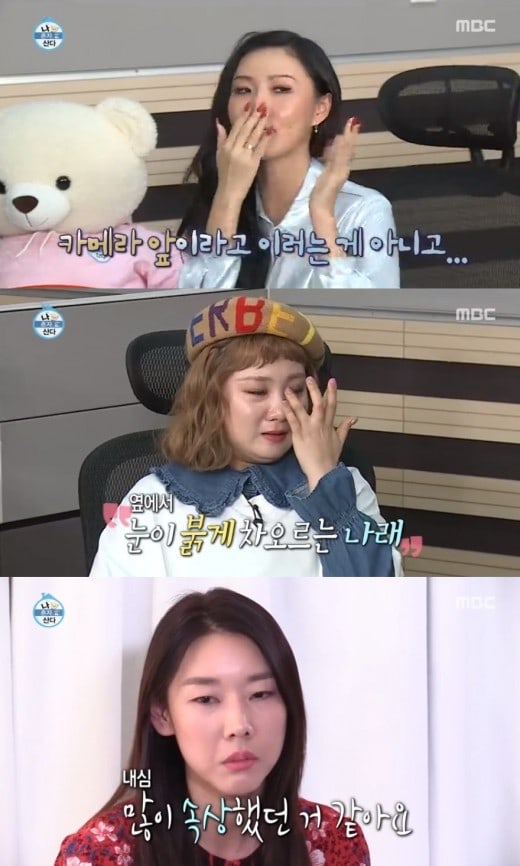 Watch “I Live Alone” with English subtitles below:

Han Hye Jin
Home Alone
How does this article make you feel?