BTS Sells Out All US And European Stadiums On “Love Yourself: Speak Yourself” Tour

Tickets for BTS’s “Love Yourself: Speak Yourself” stadium tour were snapped up in a flash!

On the morning of March 1 local time, tickets went on sale for BTS’s upcoming concerts in Europe and the United States.

Seats for their shows at Wembley Stadium in London, Stade de France in Paris, Metlife Stadium in New Jersey, Soldier Field in Chicago, and Rose Bowl Stadium in Los Angeles are now already sold out. 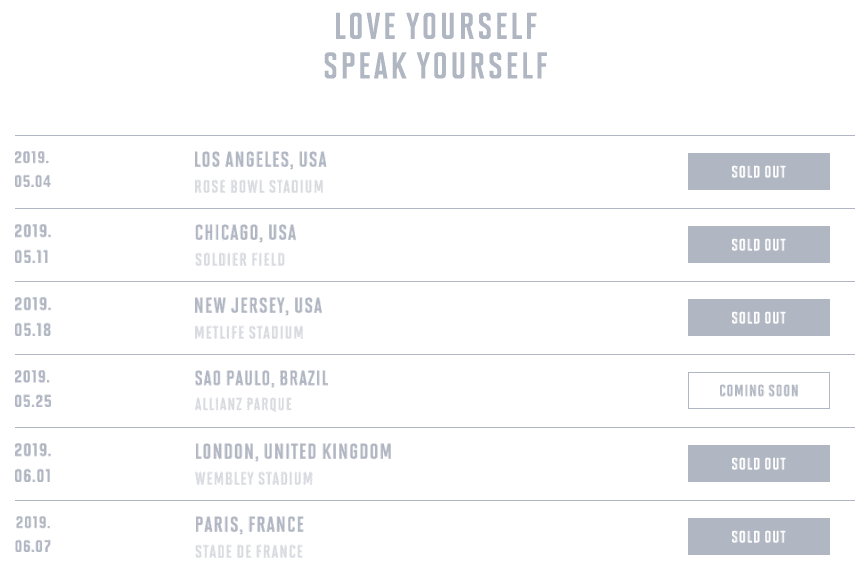 Many venues have also told fans to stay tuned for a further announcement on March 2 local time.

Tickets will go on sale at later dates for the group’s concerts at stadiums in Brazil and Japan.

Did you grab a ticket for BTS’ stadium tour?