MOMOLAND’s Yeonwoo revealed that she hasn’t been paid yet for her activities.

Yeonwoo appeared as a special guest in the latest episode of SBS’s “Village Survival, The Eight 2.” The show’s premise involves the cast solving the mystery to win 10 million won (approximately $8,900) as a prize.

When asked what she would do if she won the cash prize, Yeonwoo revealed, “I haven’t received any earnings yet since I made my debut. So that 10 million won would be my first earnings.” Yoo Jae Suk explained, “When a group debuts, their earnings usually go into covering all the agency’s expenses during the training period.”

She continued to say, “I’m still in debt. Every day is spent in a pile of debt.” Imagining what she would do with the prize money, Yeonwoo said, “To be honest, I’m still cautious when it comes to food because we have a limit on how much we can spend per meal. It used to be 7,000 won (approximately $6.2) but it’s been increased to 10,000 won (approximately $8.9). It’s been about six months since I’ve eaten beef, so if I win the prize, I want to eat delicious meals all the time.” 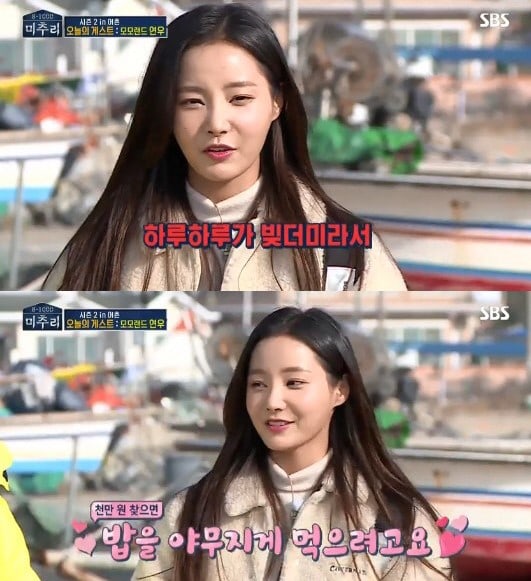 Hearing this, the others sympathized with Yeonwoo as they had all faced similar hardships in their early careers. They said things like, “Let’s let Yeonwoo find the prize,” “I’m not going to look for anything today,” and “She talks about it with such a bright expression but my heart aches.” Yang Se Hyung had everyone laughing though when he went back in competition mode and said, “I feel bad because everyone’s gone through that as a rookie, but I don’t plan to go easy on you.” 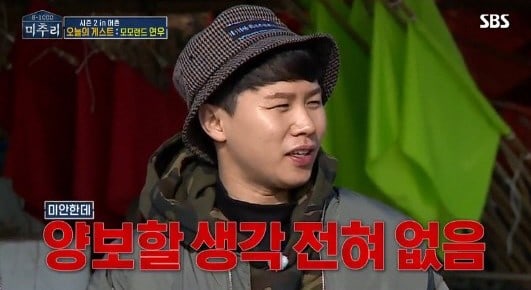 MOMOLAND
Yeonwoo
Village Survival the Eight 2
How does this article make you feel?