SBS’s “Haechi” has unveiled a new behind-the-scenes glimpse of its stars on set!

On March 2, “Haechi” shared new photos of Jung Il Woo, Go Ara, and Kwon Yool preparing to film various scenes for the historical drama. According to the drama’s production staff, all three co-stars have been displaying exceptional teamwork during filming, with both Jung Il Woo and Go Ara particularly enlivening the atmosphere on set with their bright, mischievous personalities and remarkable chemistry.

The newly released photos show both stars playfully posing for the camera behind the scenes, even as Go Ara prepares to film a physically demanding scene in the rain. Other photos show Go Ara getting ready for a take with Kwon Yool, with one of the stills capturing a serious discussion between the two stars and producing director (PD) Lee Yong Suk.

The producers of “Haechi” remarked, “Jung Il Woo, Go Ara, and Kwon Yool are all very considerate of one another, and they are continuing to film with their sturdy teamwork [as a foundation]. Please look forward to an even stronger collaboration between the three actors in the future.” 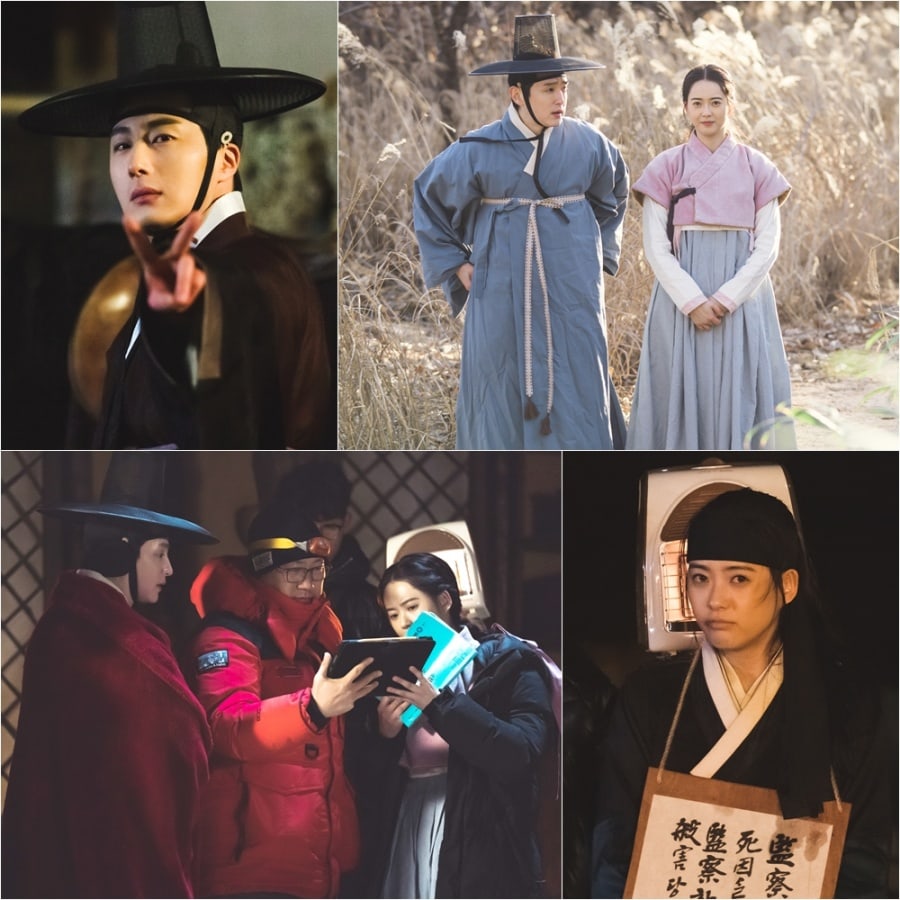