Watch: NU’EST’s Baekho Impresses With His Strength And Skills On “Law Of The Jungle”

NU’EST’s Baekho surprised the cast of SBS’s “Law of the Jungle” with just how quickly he adapted to life in the wilderness!

Upon their arrival at the Chatham Islands, the production crew asked the cast members to relinquish their bags, explaining that unlike in other seasons of “Law of the Jungle,” they would have to survive for the next several days without using any tools that they had brought with them.

The clan’s first task was to build a shelter where they could safely spend the night, and Kim Byung Man instructed the cast members to find large rocks and pieces of wood that they could use as building blocks. As the cast struggled to lift and carry the wood and heavy rocks that they found nearby, with several members joining forces to lift one fallen tree, Baekho shocked everyone with his unexpected strength. 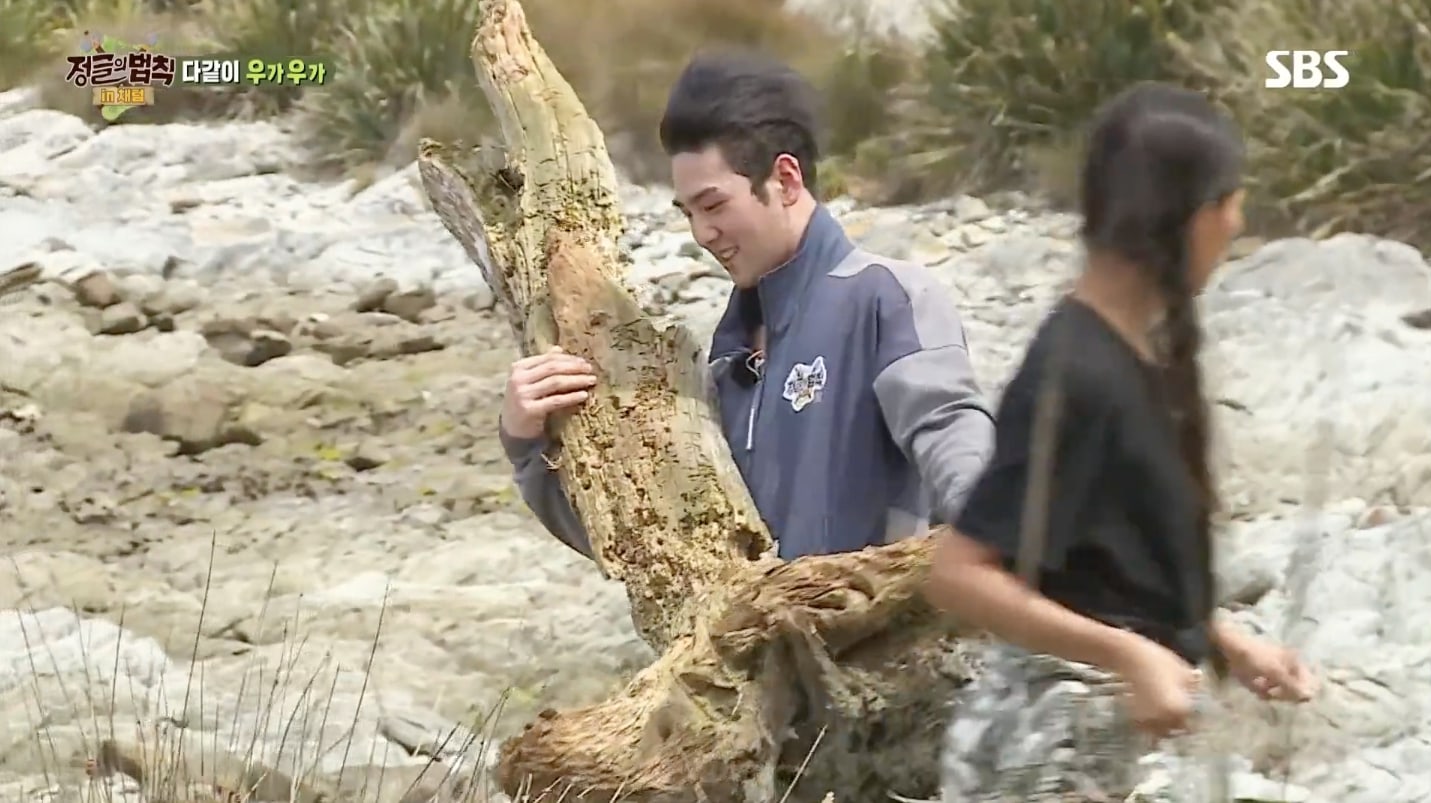 Unlike Kim Jong Min and Kim In Kwon, who struggled to carry a piece of wood together even though there were two of them—and though they were using the help of a rope—Baekho effortlessly lifted and carried more than one large fallen tree entirely on his own.

The NU’EST member also proved unexpectedly talented in other ways throughout the episode.

Later on, while attempting to gather food, the clan struggled to pry abalones from underwater rocks. Abalone divers typically remove the shellfish from rocks using the help of an abalone iron, but because the cast was forbidden to use tools of any kind, they were stuck using only their hands.

As the cast lamented the fact that they didn’t even have access to a knife, Baekho quickly figured out how to pry the abalones from the rocks using only his hands, declaring, “I’ve figured out how to remove them. You have to shove your hand in as deep as possible [between the abalone and the rock], before the abalone notices and has a chance to clamp down. Then you can remove it.” 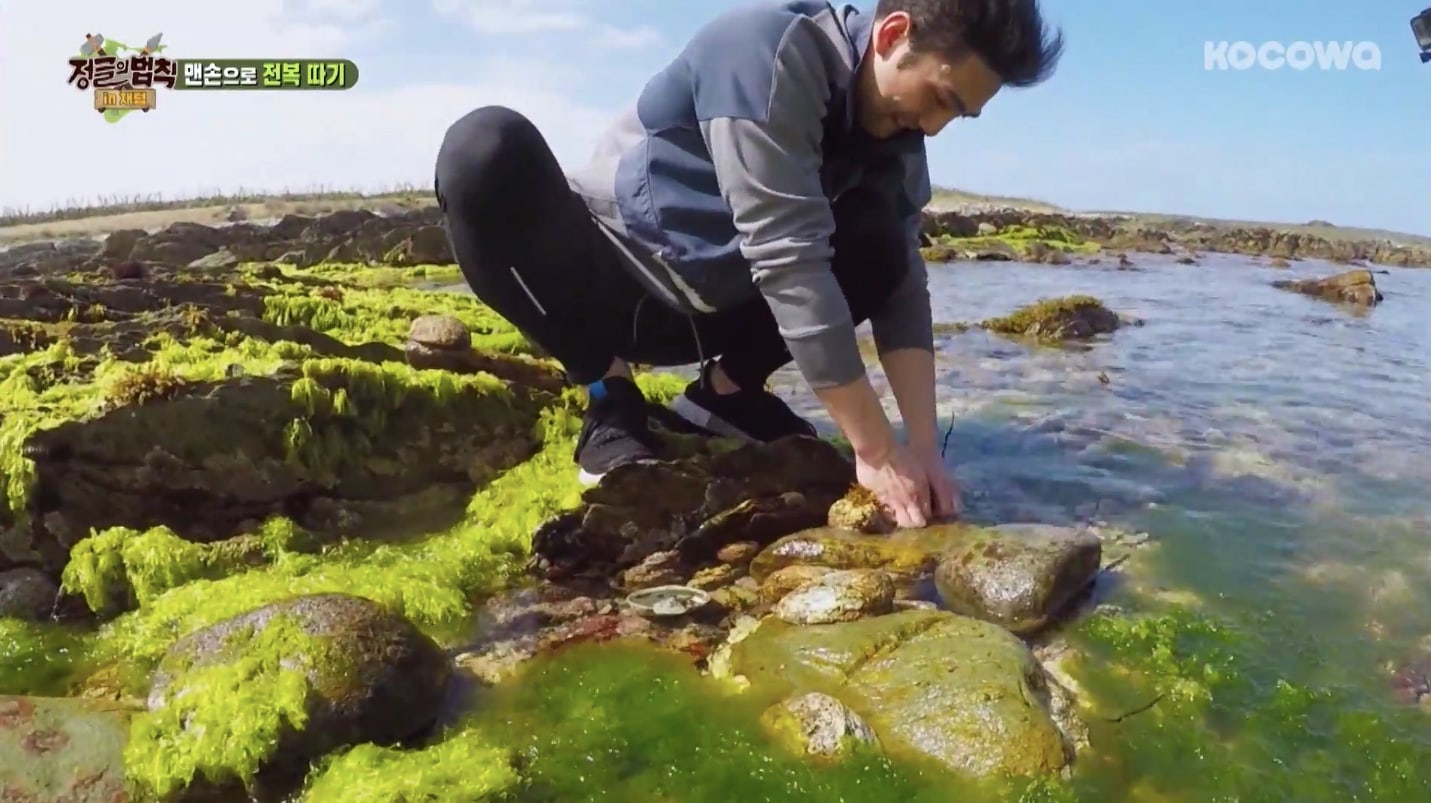 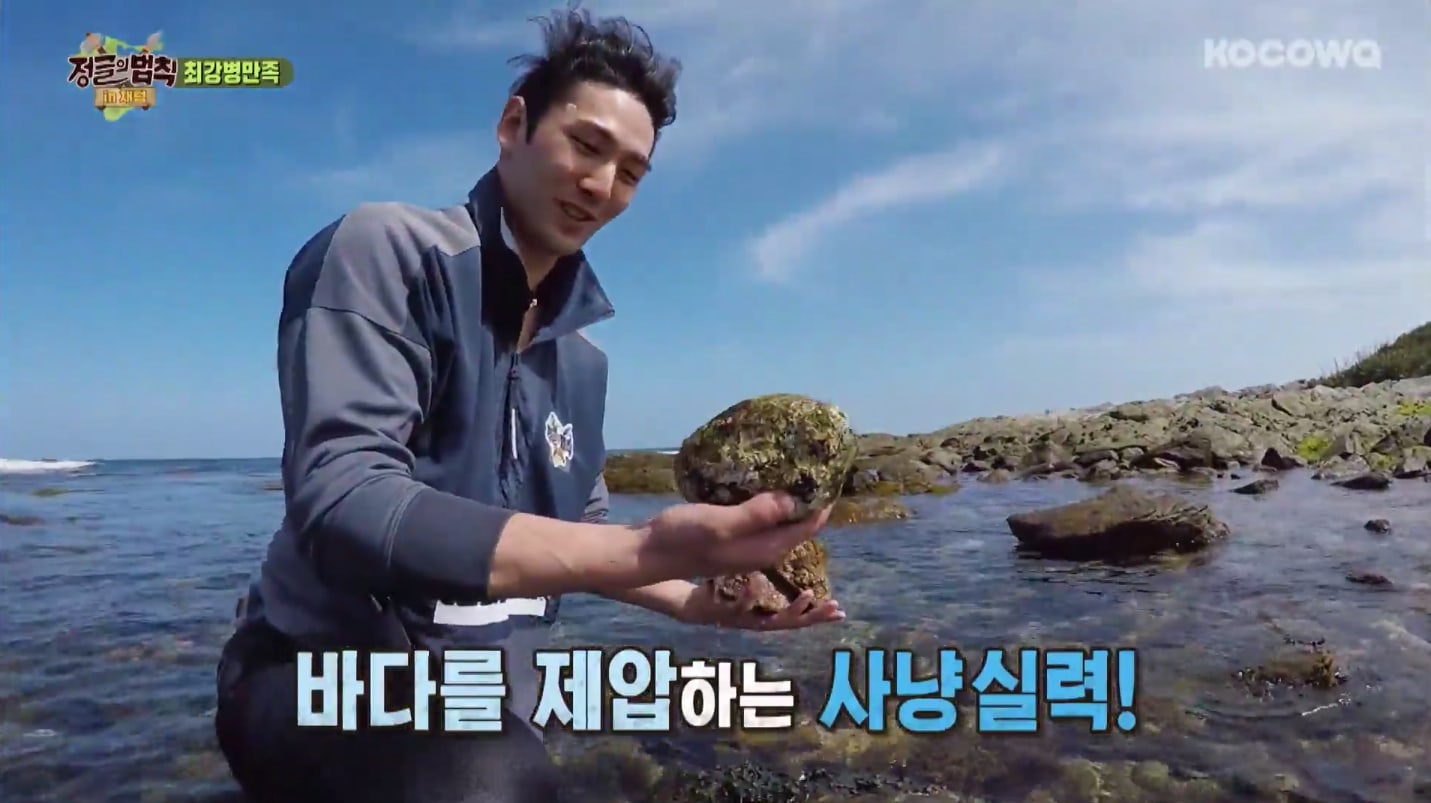 Not only did Baekho master the art of gathering abalones, quickly amassing a large pile all by himself, but he was also able to teach the other cast members how to do the same. 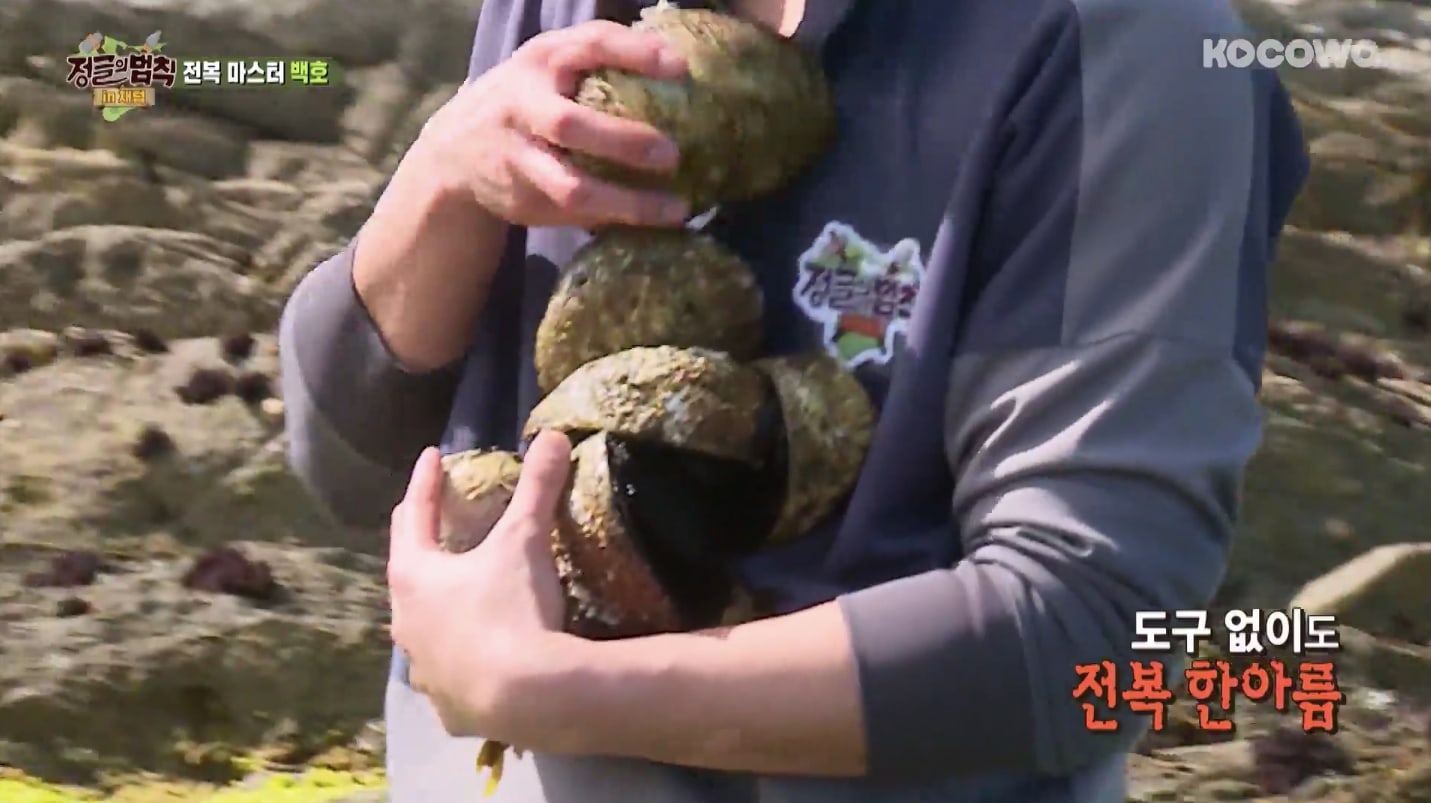 After spending a lot of time with Baekho, an impressed Kim Byung Man remarked, “To be honest, he has no weaknesses.” Nara commented, “He was like a really dependable younger brother. Even though he was younger than me, he felt like an older brother.”

The next episode of “Law of the Jungle in Chatham Islands” will air on March 9 at 9 p.m. KST. In the meantime, watch the latest episode with English subtitles below!

NU'EST
Law of the Jungle
Baekho
How does this article make you feel?