Just three weeks ahead of its premiere, JTBC’s “Welcome to Waikiki 2” released a main poster and teaser!

The first season of “Welcome to Waikiki,” which concluded in April 2018, followed the story of three young men who run a guest house that is on the brink of closing down. Season 2 returns to the failing guest house Waikiki to tell the story of friendship, love, and dreams. While the first season featured Lee Joon Gi’s (Lee Yi Kyung’s) college classmates, the new installment brings in different friends: Kim Seon Ho, Shin Hyun Soo, Moon Ga Young, Ahn So Hee, and Kim Ye Won.

The poster captures the viewers’ attention with the extraordinary atmosphere of the six friends. They are staring up at the broken ceiling with dynamic expressions that are both comical and unique.

First of all, Kim Seon Ho wears a worried expression on his face as he covers his mouth in shock. Lee Yi Kyung, whose character is always full of positive energy, looks terrified as he silently screams in distress, while Shin Hyun Soo seems completely taken aback by the absurd situation. In addition to Moon Ga Young, whose eyes are wide with horror, Ahn So Hee is staring up with her hand by her face, while Kim Ye Won has her hands balled up in fists with her shoulders raised up in tension.

Above all, the mysterious objects that came through the ceiling and fell under their feet are also attracting interest. Viewers are already anticipating what other colorful events might be waiting at the guest house Waikiki, which has always been unpredictable. The phrase, “If the sky collapses, you just have to rise up!” depicts the young people of Waikiki who are not willing to give up despite the harsh reality.

“Welcome to Waikiki” was loved by viewers for its youthful energy, pleasant laughter, and even empathy. The strong script that keenly orchestrated laughter and the passionate performances of actors gave birth to numerous legendary scenes. The drama is soon returning with a second season, which has upgraded the level of laughter and empathy.

The production crew stated, “A new story of funny yet sad youth that will make the viewers laugh and cry will unfold. With more powerful laughter and youthful empathy, expectations for season 2 are high. The actors are also emitting perfect synergy. Whatever you imagine, we are going to give you more laughter than that, so please look forward to it.” 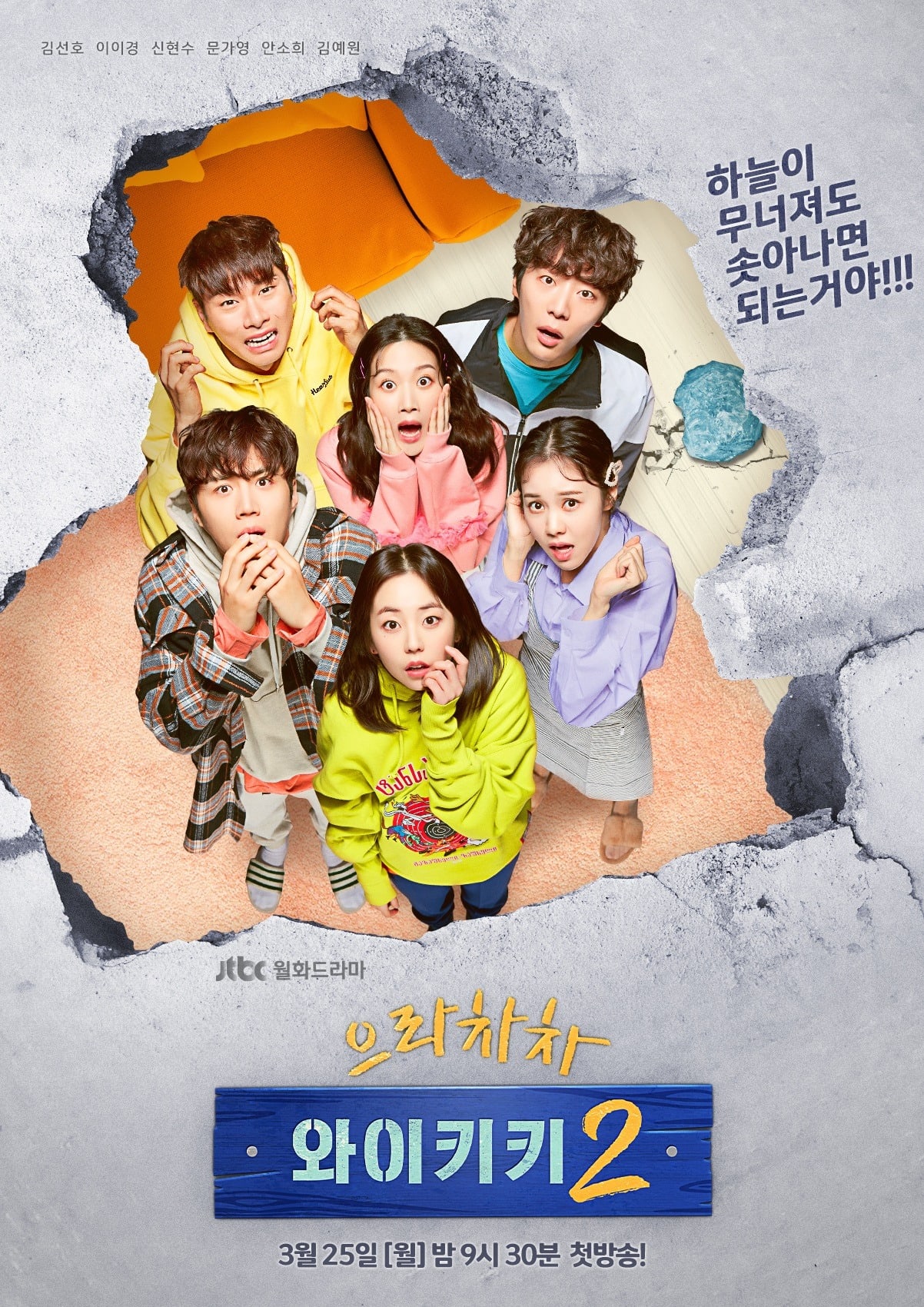 A hilarious new teaser starts off with the three male leads demanding, “What?” After a mysterious phone call, they start bolting in their respective situations. Then Lee Yi Kyung, Kim Seon Ho, and Shin Hyun Soo can’t stop screaming as they stare up at something in the sky.

The female leads make their appearance as well with Moon Ga Young in a bear suit, Kim Ye Won hiding in a basement, and Ahn So Hee in a white wedding dress while screaming, “Now what’s this?” Chaos breaks out with each of the characters going through their own trials and tribulations. The captions on the screen promise a second season that is even more funny and daring than the first