On the March 4 broadcast of SBS LoveFM’s “Song Eun Yi and Kim Sook’s Unni’s Radio,” 2PM’s Nichkhun made a guest appearance and talked about his new solo album, 2PM, and more.

During the show, Nichkhun revealed, “While working on this album, I realized that I could sing after all. To be honest, there are so many people in 2PM who are good at singing, so I was a little scared and dreaded it. I was nervous and scared to come up to the front and sing.”

When asked if 2PM will also release an album in the future, Nichkhun responded, “[An album] will be released. We promised each other. For the members to be discharged from the military, I think it’ll be 2021 at the earliest. That’s because Junho and Chansung haven’t enlisted yet. But [we’ll] release [an album] for sure. When we watch other people’s performances, we say things like ‘Let’s also do this.'” 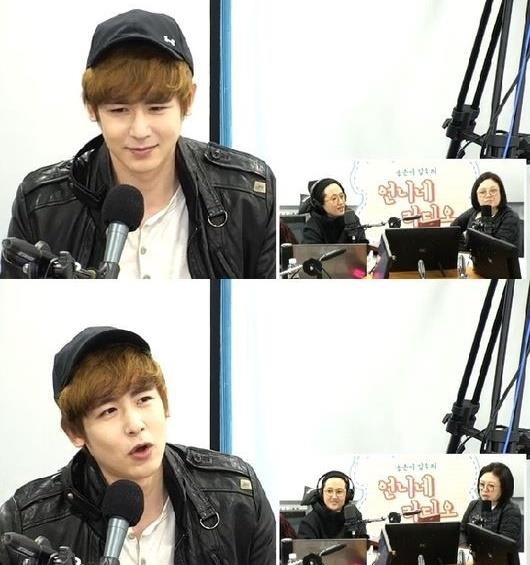 Song Eun Yi and Kim Sook commented, “Shinhwa continuously releases albums. We’ve heard that other idols dream of being like Shinhwa.” Nichkhun answered, “We’re like that too. We have discussions about reuniting, holding a comeback, and putting on shows. We also talk about doing [promotional] activities together until the end.”

Nichkhun recently released his first solo Korean album entitled “ME” on February 18. Check out the MV for its title track “Lucky Charm” here!