Sunmi has produced yet another hit!

On March 4 at 6 p.m. KST, the songstress released her new song “Noir,” which she co-composed and wrote the lyrics for. 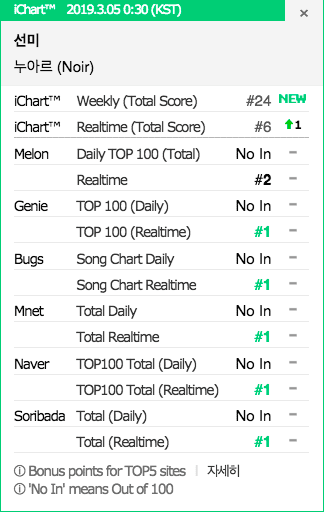 On March 4, Sunmi departed from Korea for the North American leg of her world tour “Warning,” which begins this week.