Park Min Young has expressed love for her fans with a heartwarming donation.

In January, the actress held fan meetings titled “My Day” in Taipei and Osaka. Wanting to give fans a special gift, Park Min Young personally came up with an idea for a Season’s Greeting while preparing for the events.

All of the fans who participated in Park Min Young’s Asia fan meetings were given a calendar filled with the actress’s photos, a mobile, photo cards, and more. Fans were then informed that the proceeds from the Season’s Greeting would be donated, and the item was available for online purchase for fans who were unable to attend the fan meetings.

Since many of the photos included Park Min Young and her dog Leon, a donation of 5,017,500 won (approximately $4,451) was made to the animal protection group KARA in the nickname of her fans “MY beans.”

Park Min Young said, “It might be nothing compared to your love for me, but I hope you know that I think about all of you a lot more than you think.” 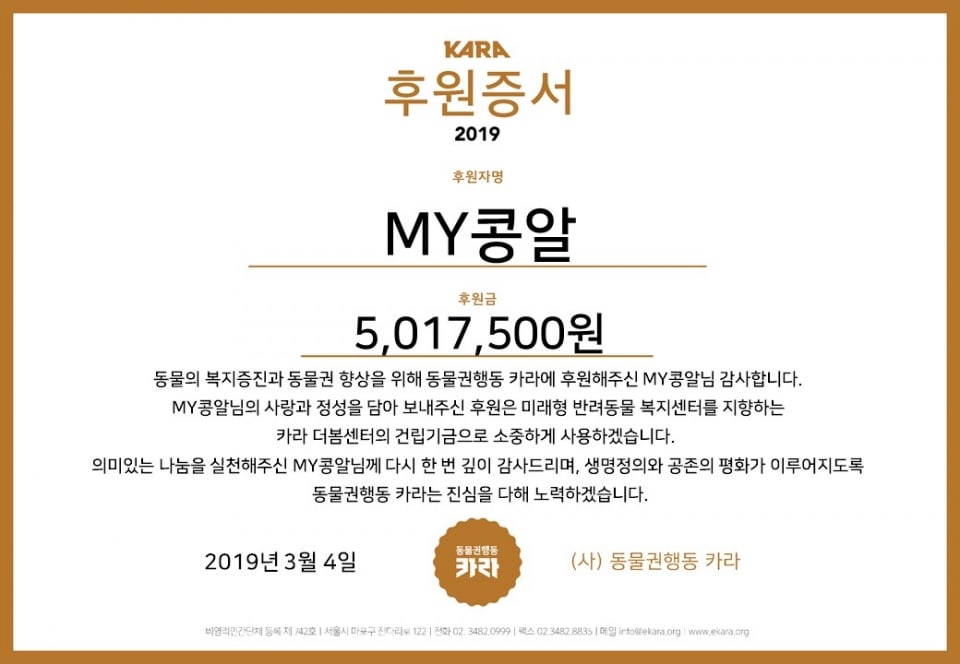 Park Min Young will soon appear in the upcoming tvN romantic comedy “Her Private Life” (literal title) alongside Kim Jae Wook which will premiere sometime in April. In the meantime, start watching the actress in her latest drama “What’s Wrong with Secretary Kim” below: