“Liver or Die” is about a lonely and pitiful middle-aged man named Lee Poong Sang (Yoo Joon Sang) who has always lived for other people and never lived for himself.

In the released stills, Lee Poong Sang can be seen at the hospital once again. He is unconscious and relying on the oxygen mask to barely hang on to his life. His wife Gan Boon Sil (Shin Dong Mi), younger sister Lee Jung Sang (Jeon Hye Bin), and brother-in-law Kang Yeol Han (Choi Sung Jae) are warily watching him with worried eyes. Gan Bool Sil looks especially disheartened as she sadly gazes at her dying husband. The viewers are wondering how much time he has left.

Previously, Lee Poong Sang had declared that he would not receive a transplant from his younger siblings who were fighting over who would provide the organ. In addition, he and his wife agreed to give up treatment, and the viewers were heartbroken by their heavy decision.

The production crew stated, “Poong Sang is in a situation where his condition is deteriorating day by day. We ask for your attention and support for Poong Sang’s fate at a time when no one is showing up to offer him a generous helping hand.” 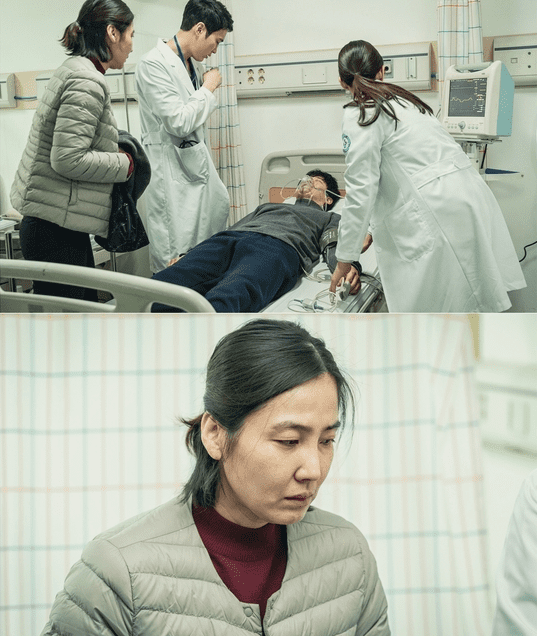 “Liver or Die” will continue to participate in Happy Bean, a donation platform by Naver, until the end of the drama to root for the real life Poong Sangs (people with liver cancer) and their families. In addition, there will be a voting event for viewers to express their opinions on who will be the one to give their liver to Poong Sang.

Yoo Joon Sang
Shin Dong Mi
Liver or Die
How does this article make you feel?