Honey Lee showed off her radiant skin and refreshing smile in a photo shoot with magazine High Cut and talked about her recent successes with comedies in an interview that followed. 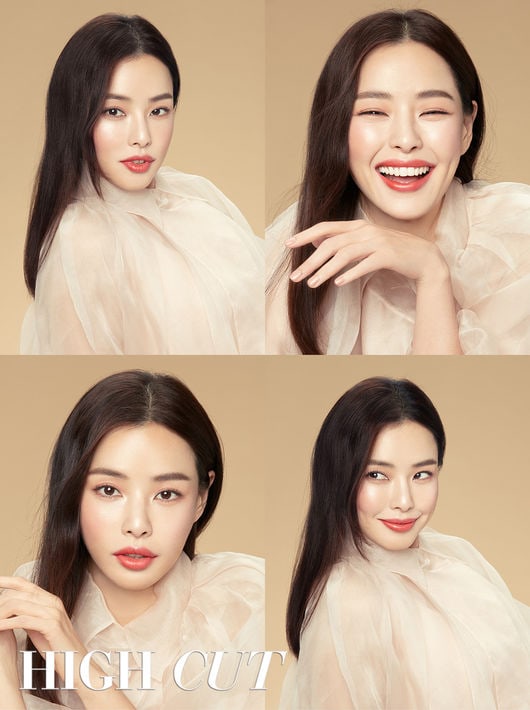 Addressing her extremely successful comedy film “Extreme Job,” she had nothing but praise for her co-stars. “We rolled on the ground together while filming and shared midnight snacks together. We were literally like siblings. We have a group chat, and even now, it rings at least once every two hours. It may seem over-the-top, but I can’t help it. I get withdrawal symptoms when I don’t see them.”

She is also starring in SBS’s comedic crime drama “The Fiery Priest” with Kim Nam Gil, whom she co-starred with five years ago in KBS2’s “Shark” as well. She explained, “We were able to start out comfortably because we already knew each other and could skip introductions. It might be because I have a tough personality, but I really like Kim Nam Gil’s delicacy. I think that’s why people think we have chemistry.” 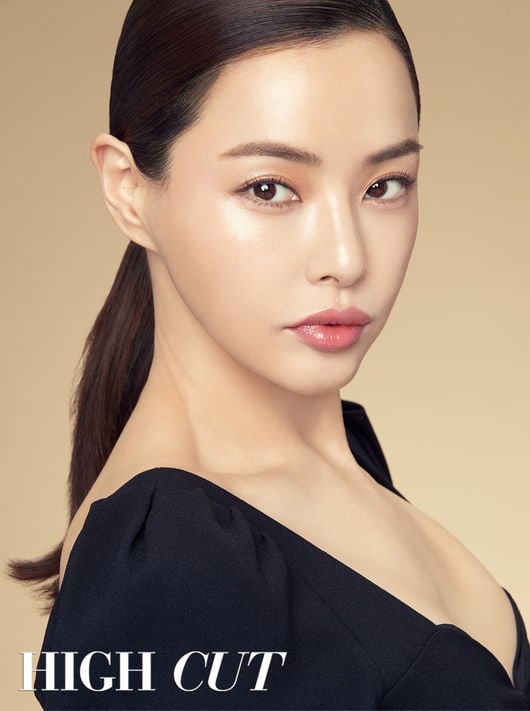 Honey Lee has seen so much success in the comedy genre that there surely must be a reason for it. She said, “[Acting in] a comedy seems to get harder the more I do it. This is probably the case for all genres, but you have to accurately know the speed and rhythm of the [scene] like when you’re jumping rope. If you don’t, your acting becomes either too excessive or meaningless. But honestly I’ve never acted in a comedy while thinking of it as a comedy. I was always very serious and desperate. Rather than trying to be funny, I tried to be true to the situation. In ‘Extreme Job,’ I would only realize, ‘Oh, right. This is a comedy,’ after monitoring the scene.”

Asked how she felt about being part of a movie with over 10 million moviegoers, she said, “It was [like receiving] a very nice gift, but I’m old enough to know that it’s not because I was great. All of this feels like a gift. ‘Gift,’ ‘unexpected,’ ‘miracle.’ These are the three words that describe my life these days.”

Check out the latest episode of “The Fiery Priest” with English subtitles below!

High Cut
Honey Lee
How does this article make you feel?