On March 6, Ha Sung Woon guested on MBC every1’s “Weekly Idol” and talked about his famous group of friends.

Ha Sung Woon explained that fans began to call his group of friends the “Friendship Parkas” after SHINee’s Taemin gave all of them a self-designed parka. 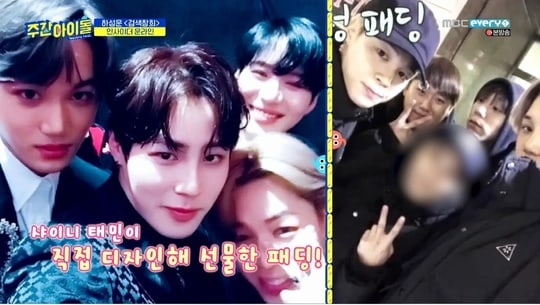 He shared that HOTSHOT’s Timoteo, who was a trainee at SM Entertainment for a long time, was the start of everything. “Taemin, EXO’s Kai, and a non-celebrity were close friends of Timoteo. These four have been friends for a long time,” he said, before adding that Timoteo had then invited him to their group of friends.

Ha Sung Woon continued, “Then there’s VIXX’s Ravi, who was invited by EXO’s Kai, and I brought BTS’s Jimin to the group. I was originally friends with BTS’s J-Hope, since we were trainees together, but he’s not someone who likes to hang out outside. We like having meals together, but we have different hobbies. Then somehow, I got to know BTS’ Suga, and he introduced me to Jimin. When I met Jimin, we got along so well, so I brought him into the group.” 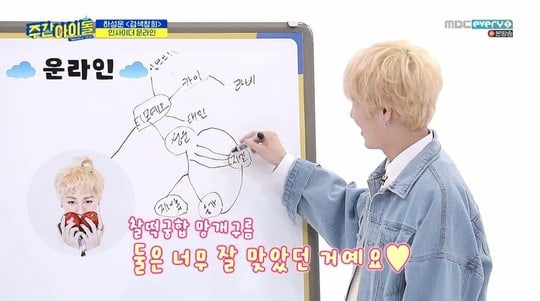 Asked what they do when they meet up, Ha Sung Woon replied, “We used to play billiards a lot, but now we’re into card games, and we get to flick whoever loses on their forehead. But if they have to film something the next day, we go easy on them.”

He also talked about a day he went to the arcade with Jimin and proudly revealed that he got a higher score than Jimin in a punching bag game.

Wouldn’t you love to be a part of this group of friends?