ASTRO Reveals Concerns And Hopes About Their Personal And Professional Lives

On March 6, Vogue Korea released a pictorial of ASTRO. In the accompanying interview, each member gave readers insight into their hobbies, hopes, and more.

Cha Eun Woo described his love for learning and revealed his plan to take the Japanese certification test. He is also practicing the piano to play in the band at a concert and practicing writing songs in his notebook.

Talking about his volunteer work, Cha Eun Woo said, “I pick out books and recorded them at the Nowon Welfare Center for the Blind. When I had time, I went once or twice a week, but I’m sad that I can’t these days. I learn a lot while volunteering. I want to continue to lead a life of volunteering and learning.” 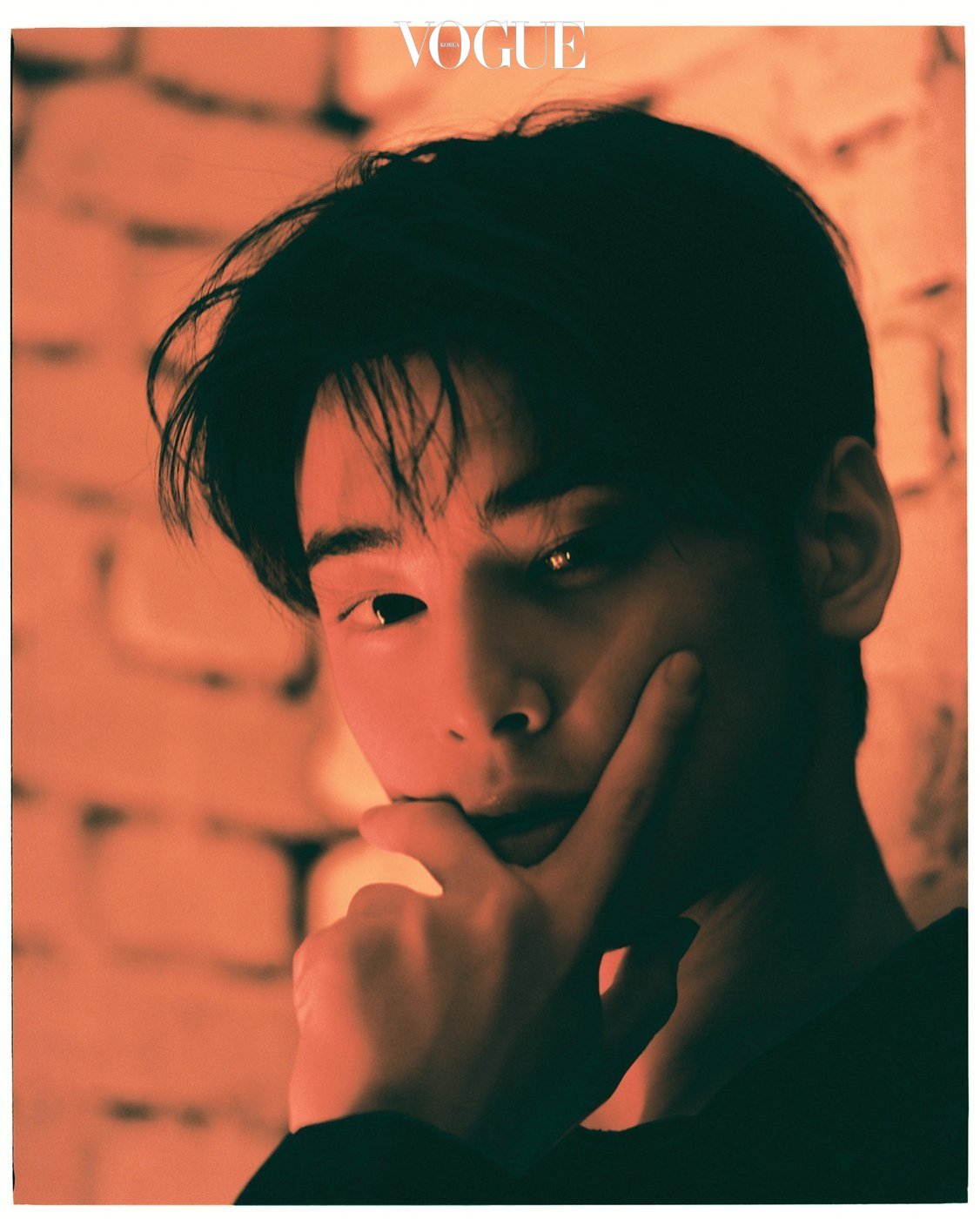 MJ revealed he had concerns about the group’s hiatus before their comeback and if they could fill the album with 10 songs. MJ also talked about the song he produced with JinJin being included in their album and said, “I was so happy! It meant even more that a song made by ASTRO members was on the album.”

After describing the members’ close relationship and the group’s dorm as his home, MJ revealed the one thing he dreams about doing alone. “A while ago, the character [Rum Tum Tugger] portrayed by BIGBANG’s Daesung in ‘Cats’ was so great. I want to try playing any character in ‘Cats.’ There are a lot of things I want to do and try. I want to promote with a fun trot song like Kim Yeon Ja’s ‘Amor Fati.’ I already sang trot in front of my fans and the reaction was okay.” 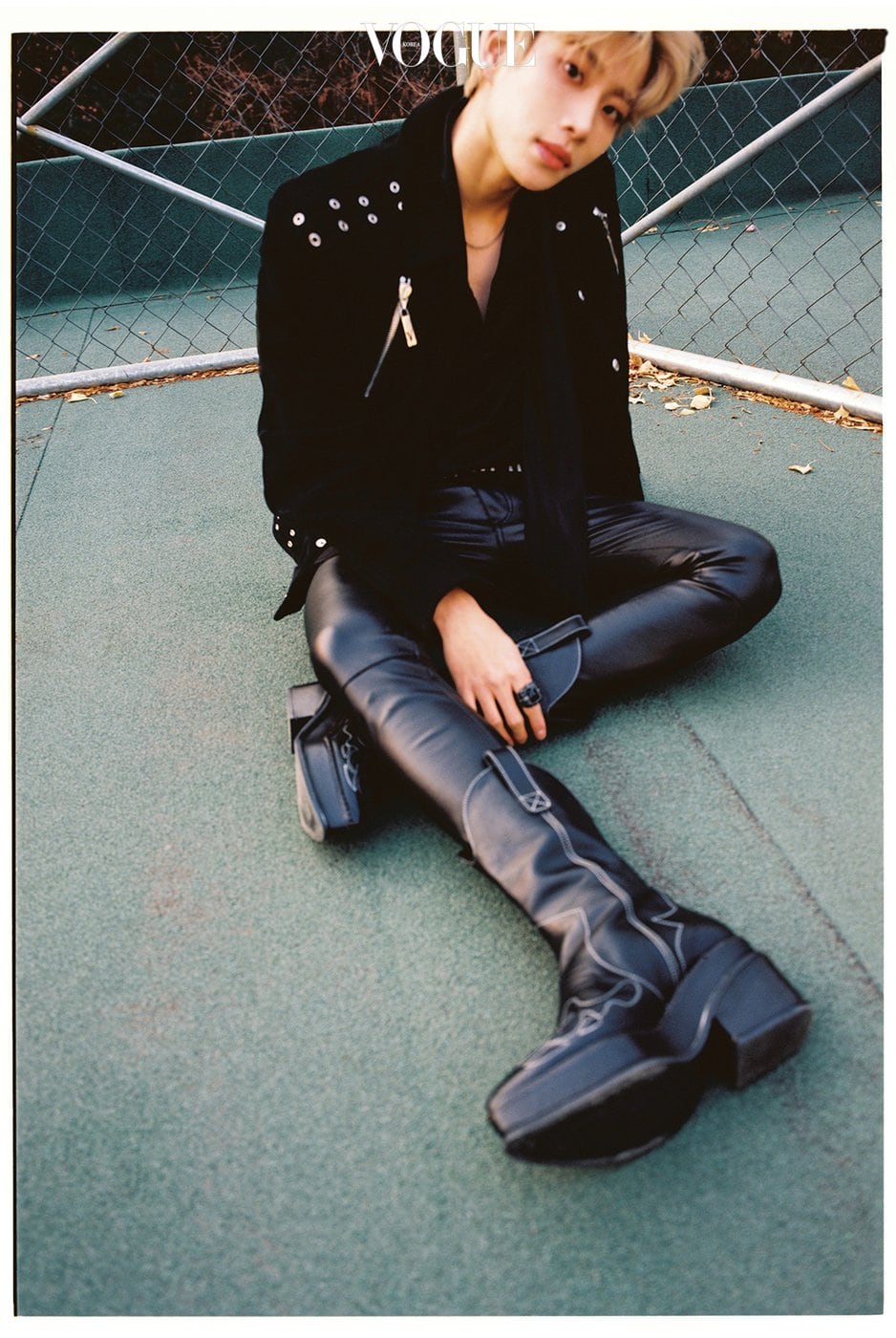 JinJin revealed that he speaks a lot with his roommate Moonbin. “He says that I’m good at listening and takes the courage to open up,” said ASTRO’s leader. “I’m thankful because I can’t open up about myself. He isn’t older than me by a lot, but I try my best to listen to him, and we try to find a solution together.”

He continued, “There are a lot of times when I’m weighed down by my own emotions. People around me tell me to put down the weight of being a leader and to focus on myself first, but I can’t do that very well. My personality just doesn’t work that way,” and added that the younger members help the older members a lot.

JinJin chose ASTRO’s debut showcase as the most unforgettable day after his debut. “I ended up crying after seeing the concert venue filled with ASTRO’s light sticks,” said JinJin. “I cry a lot more when I’m grateful or happy than when I’m sad. I basically start bawling when the leaders or older members tell me that I worked hard.” 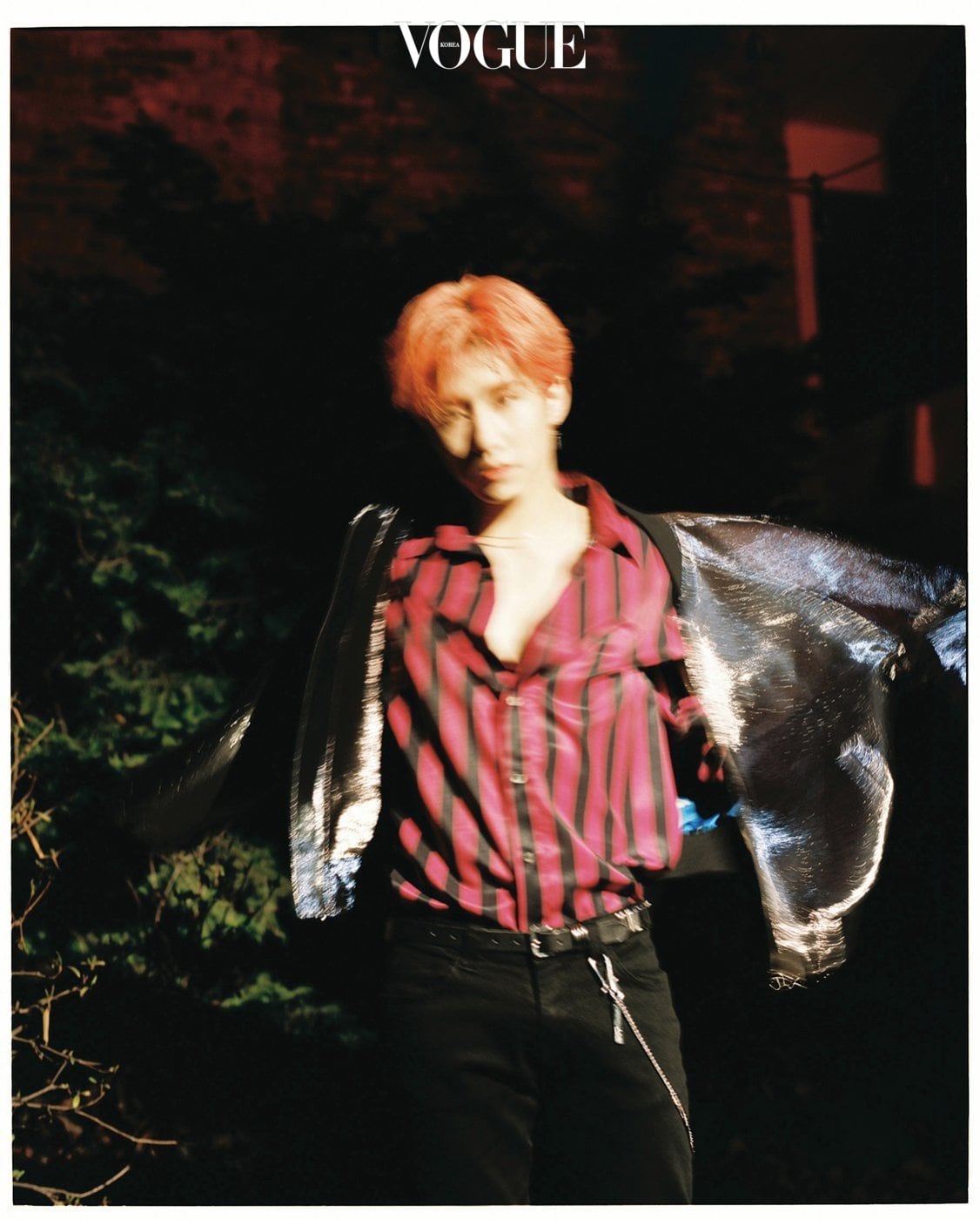 Moonbin revealed that he feels like he has improved through XtvN’s “New Popular Program” (literal title) and chose Kang Dong Won, Go Soo, and Jo Jung Suk as his favorite actors.

On ASTRO’s promotions, Moonbin said, “I’ve never told anyone this, but this promotion period was really difficult. When you get a cut, you have to protect it, put ointment on it, and take care of it so that it can heal quickly. But it felt as if my scar couldn’t be treated because it was oozing too much.”

He continued, “I got on stage in front of fans when I wasn’t ready yet. The job of a singer is to give fans joy and energy. I feel like I need to meet expectations and stand on stage with a perfect appearance, but I felt frustrated because I had to go on stage when I wasn’t satisfied. It’s also a reason why I was happy but emotional at finally getting our first win on a music show after eight years of training and four years after my debut.” 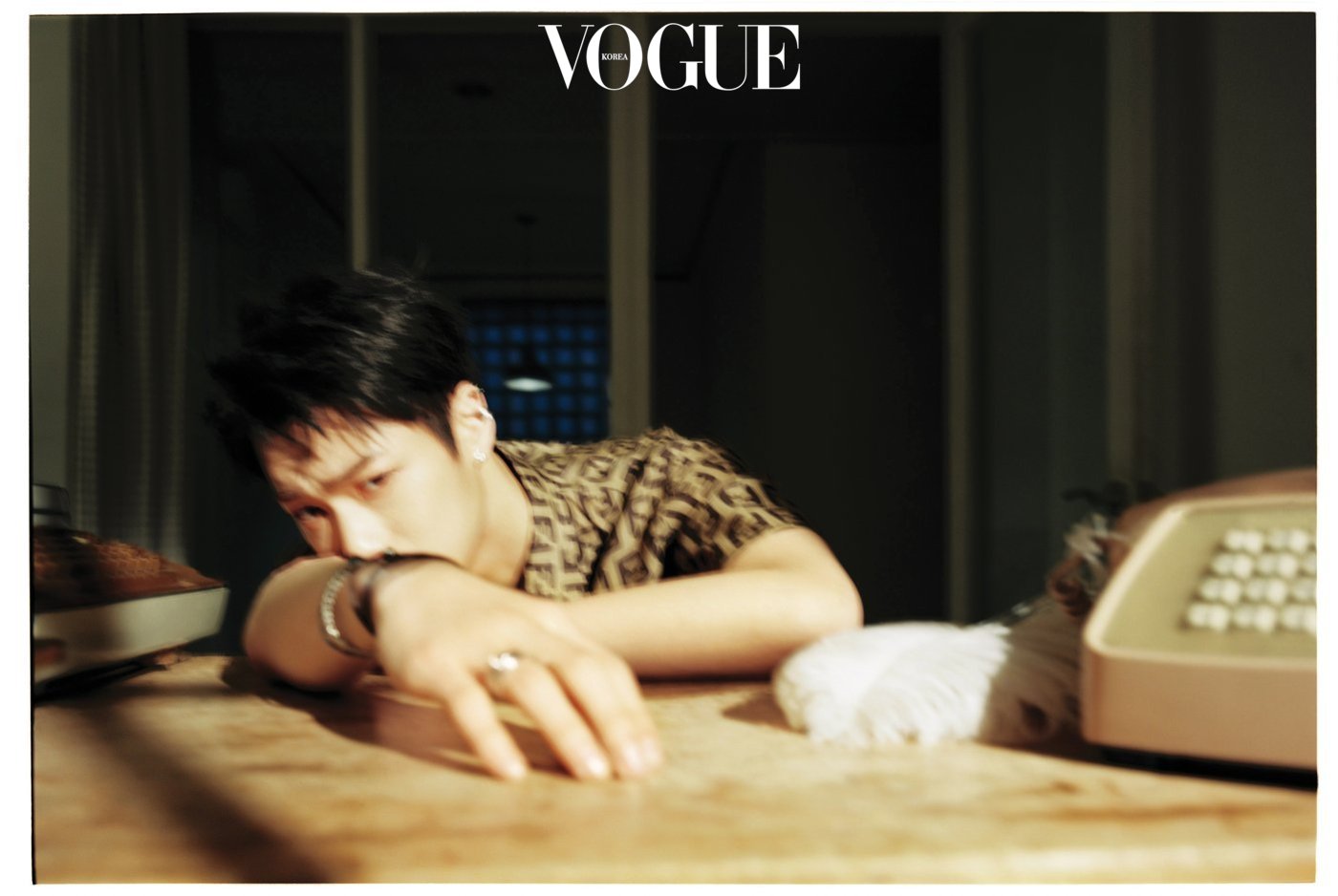 Rocky, who has learned acrobatics, ballet, modern dance, Korean dance, hip hop, locking, popping, and tap, expressed his love for dancing and his attention to detail. Speaking about how the members were working hard on studying music, he said, “When all of us have the ability to produce, I want to dream bigger dreams than now.” He added, “Thanks to senior artists, we’re able to go on overseas tours and take that path a bit more easily.” Rocky concluded the interview by revealing that his dream was to perform at the Super Bowl. 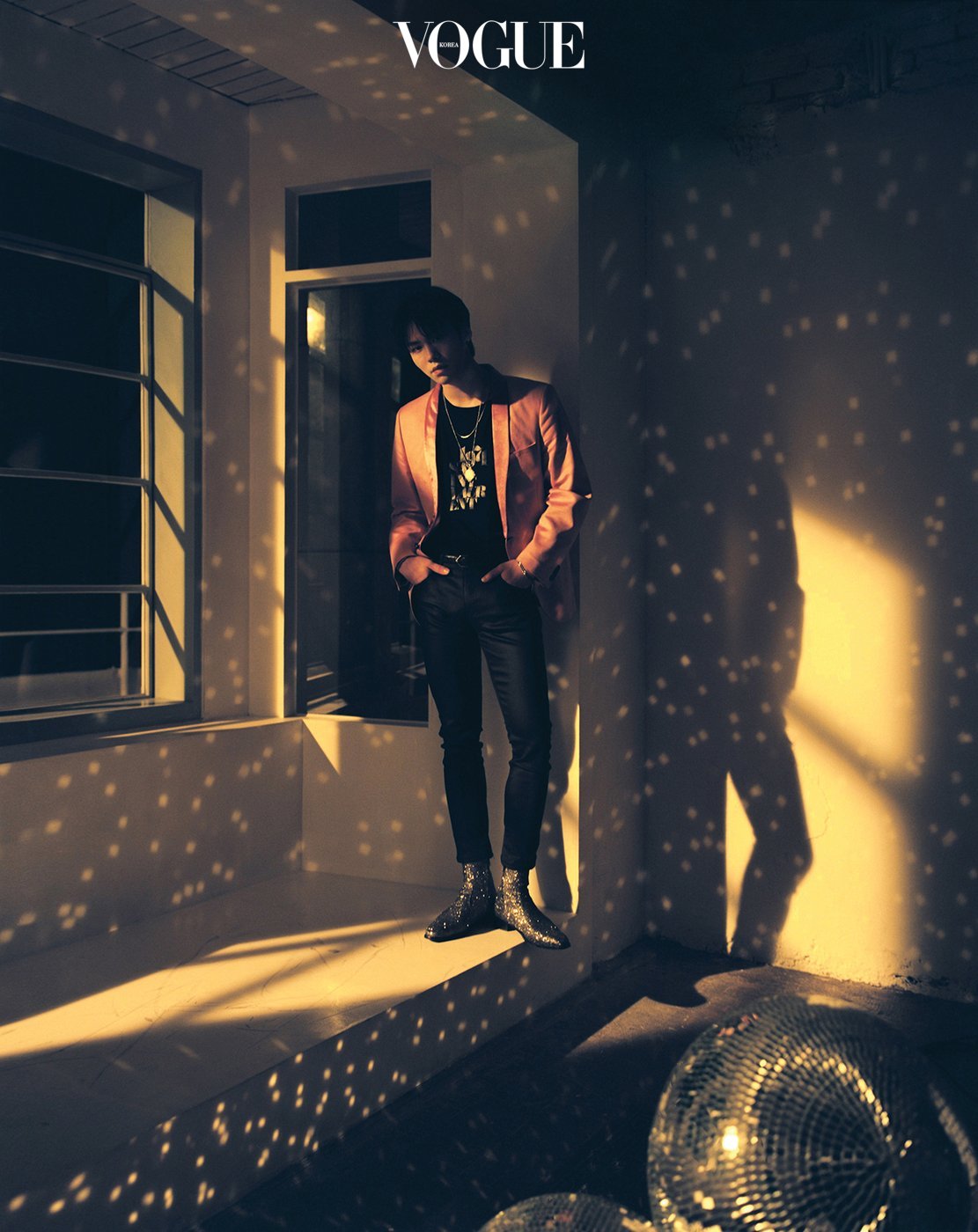 ASTRO’s youngest member Sanha talked about his small moments of happiness. “When I can’t sleep or feel stressed, I watch cat videos,” said Sanha. “I’m going to raise a cat someday, but I can’t right now. I don’t think I”ll be able to take good care of it because of my busy schedule.” 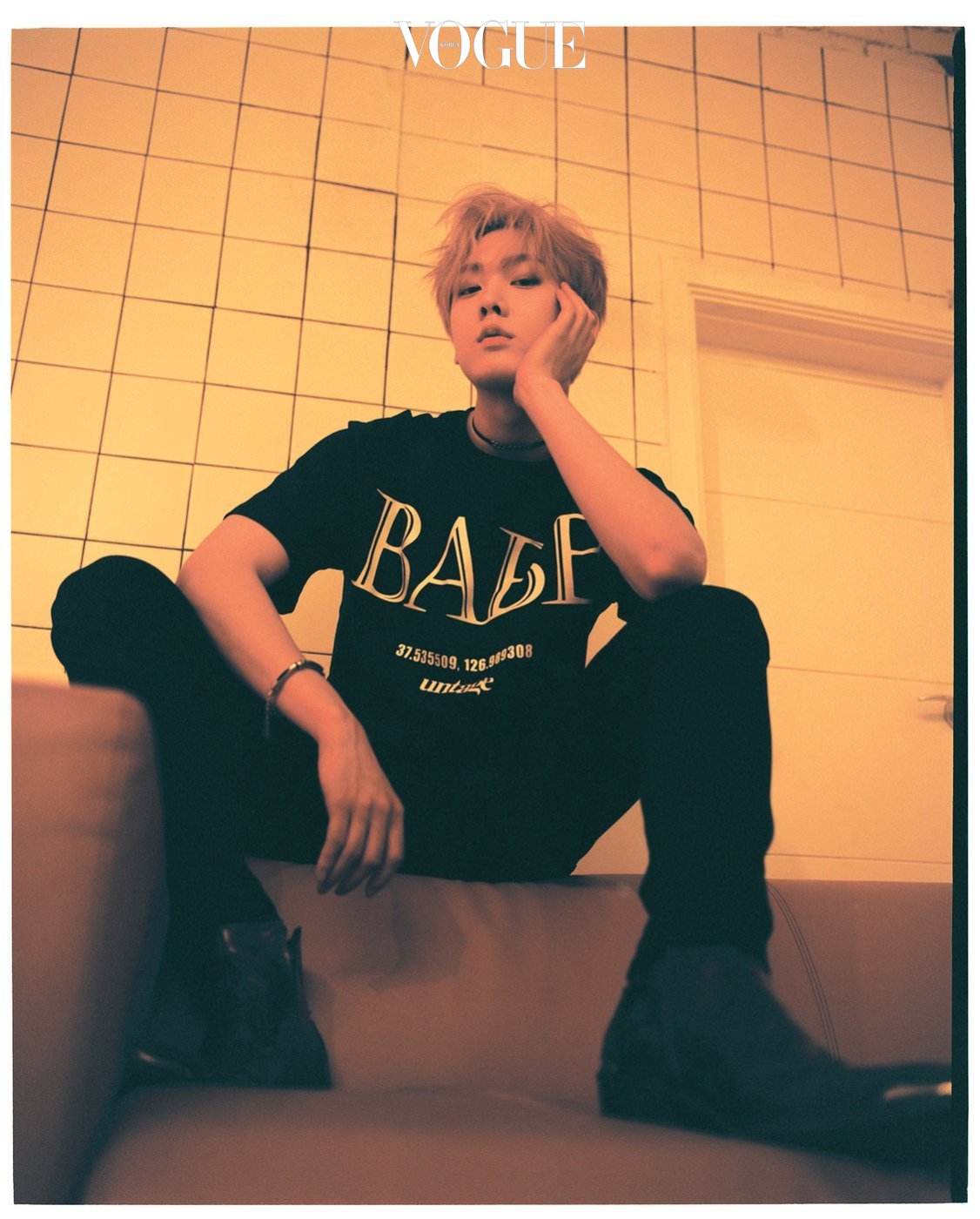 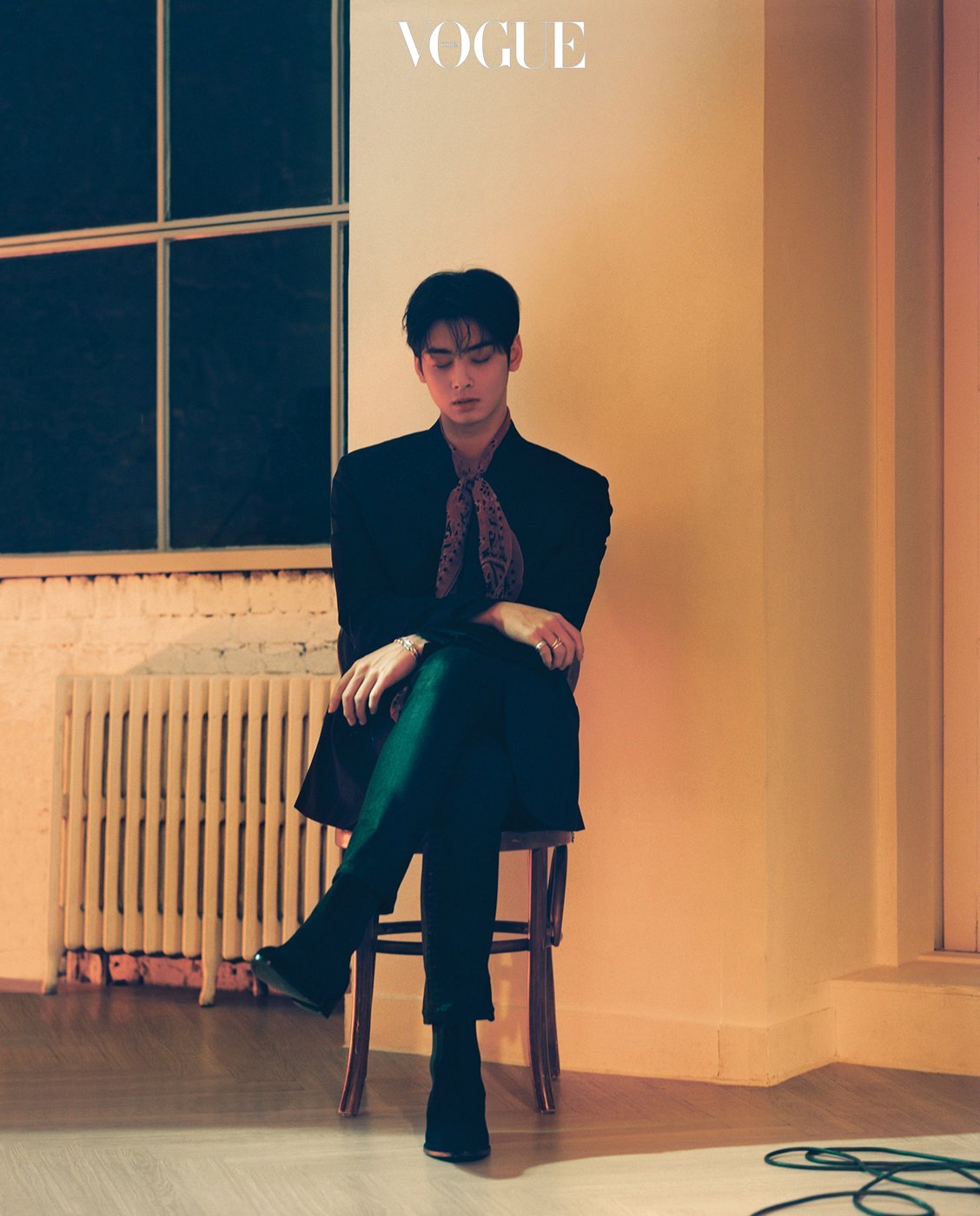 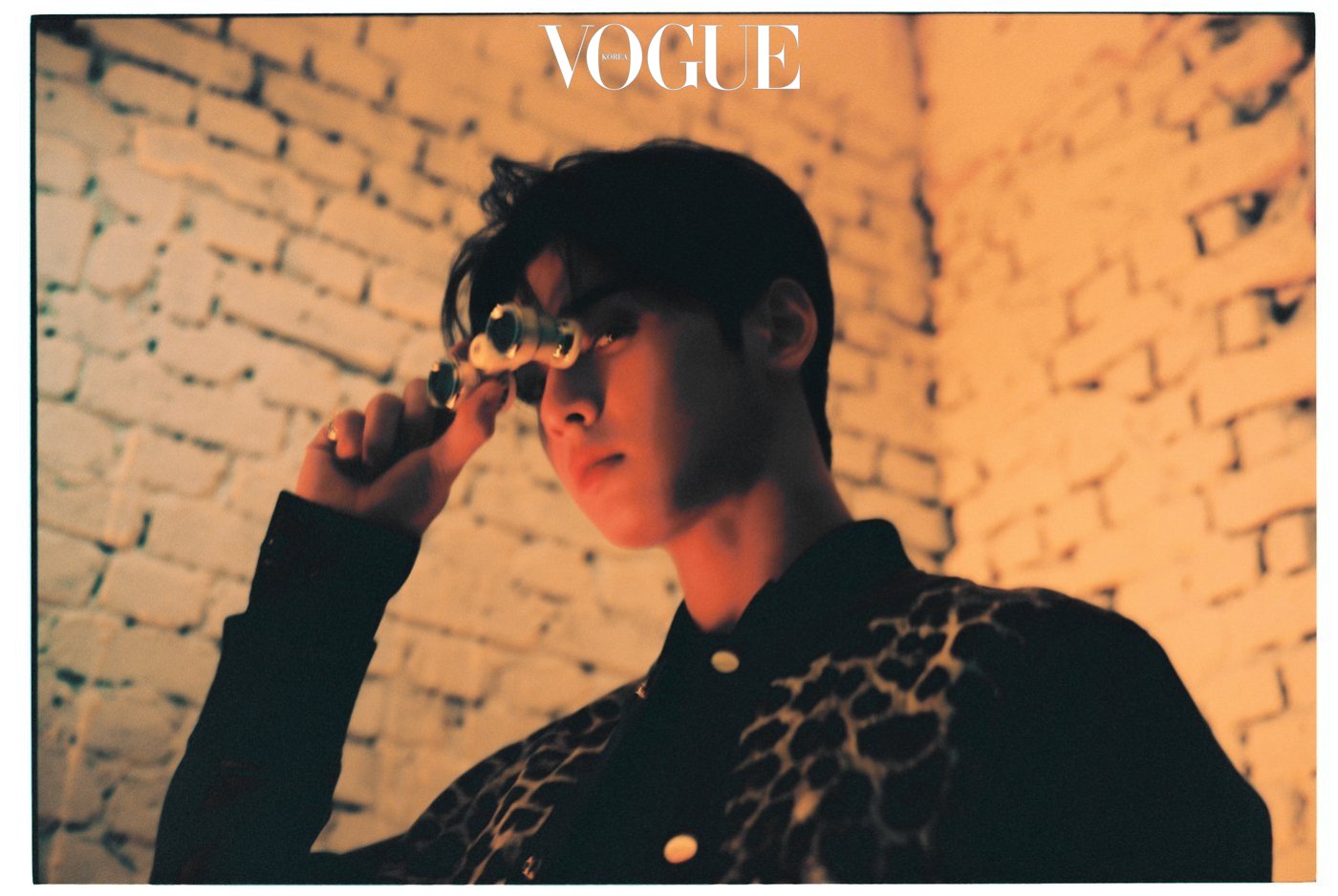 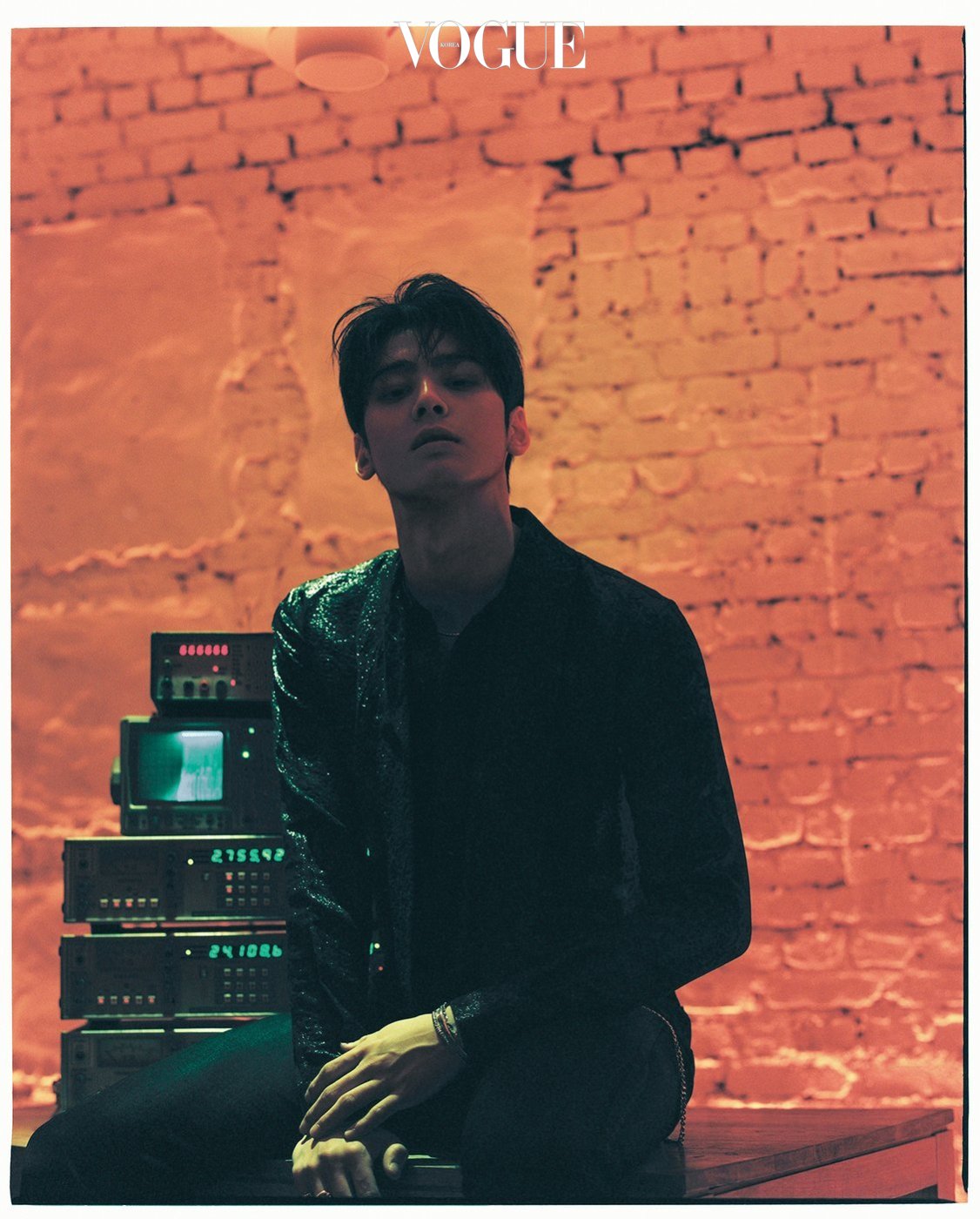 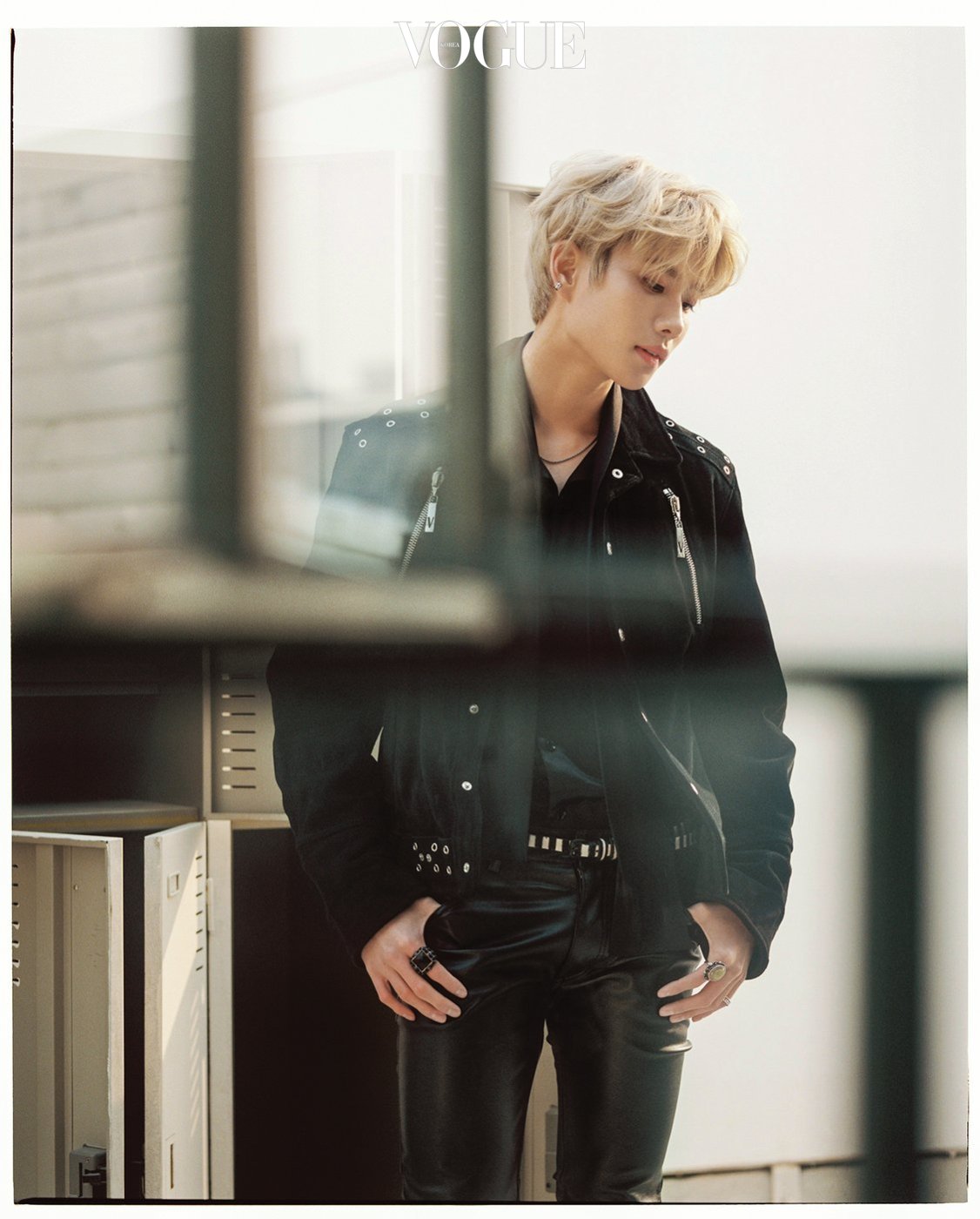 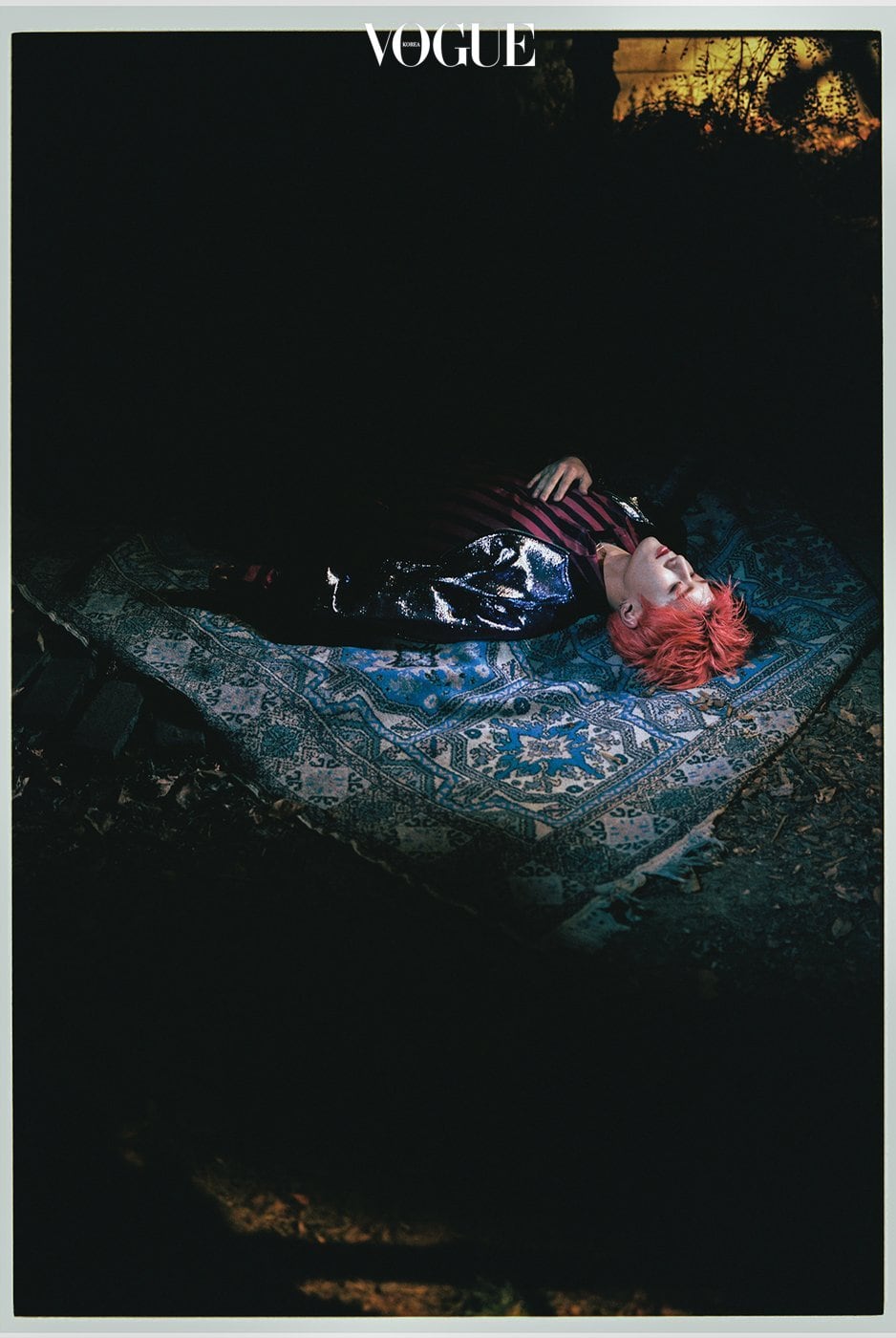 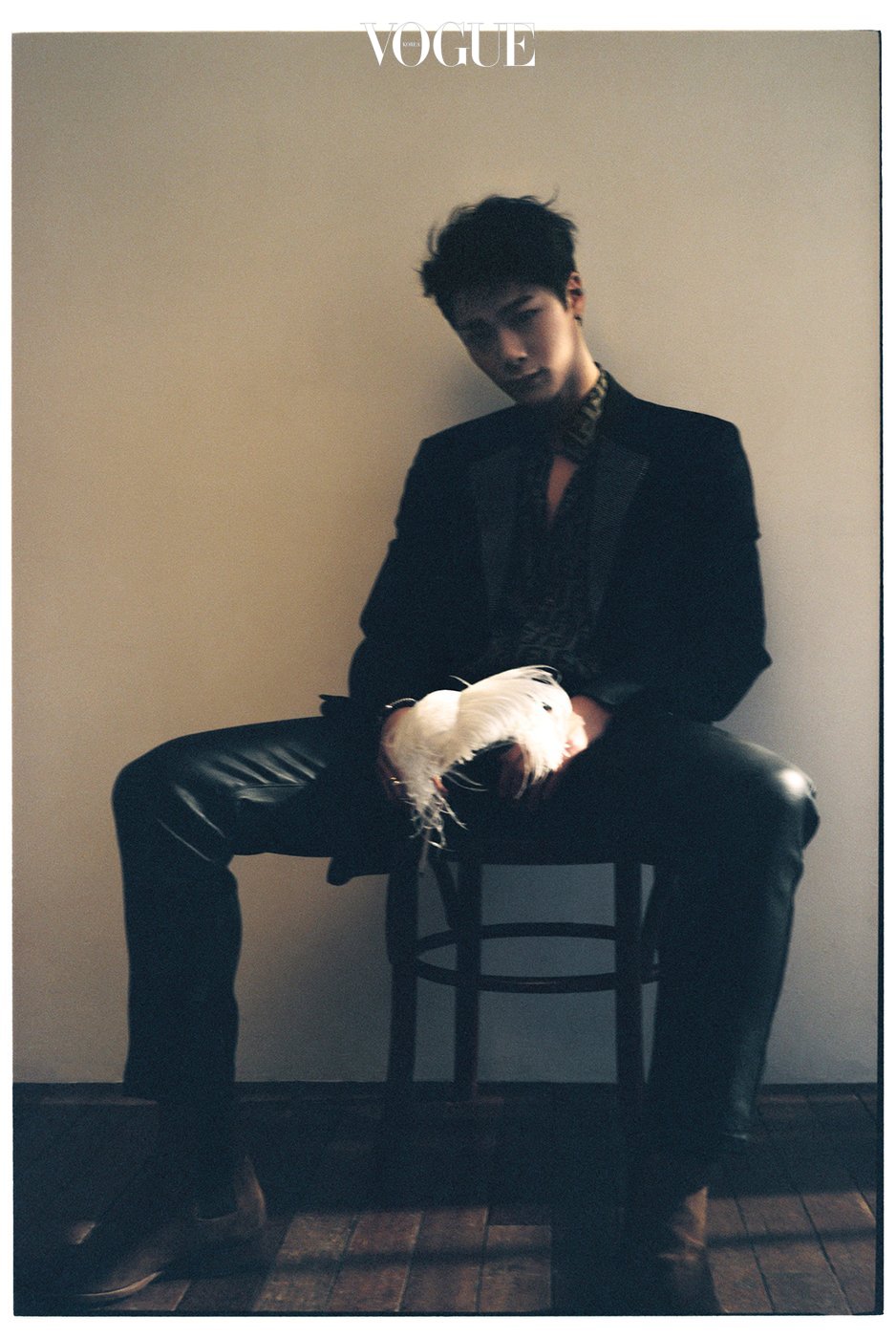 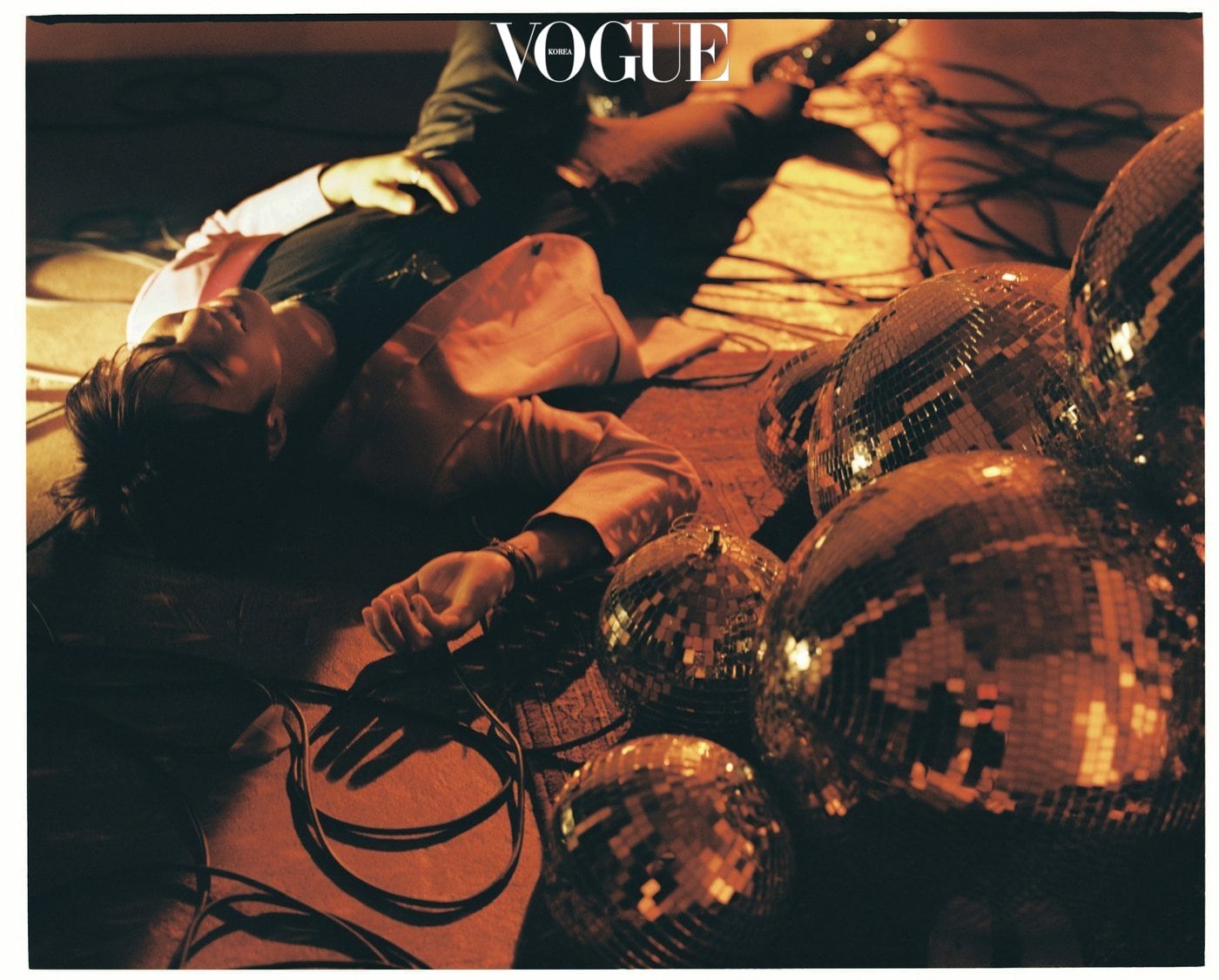 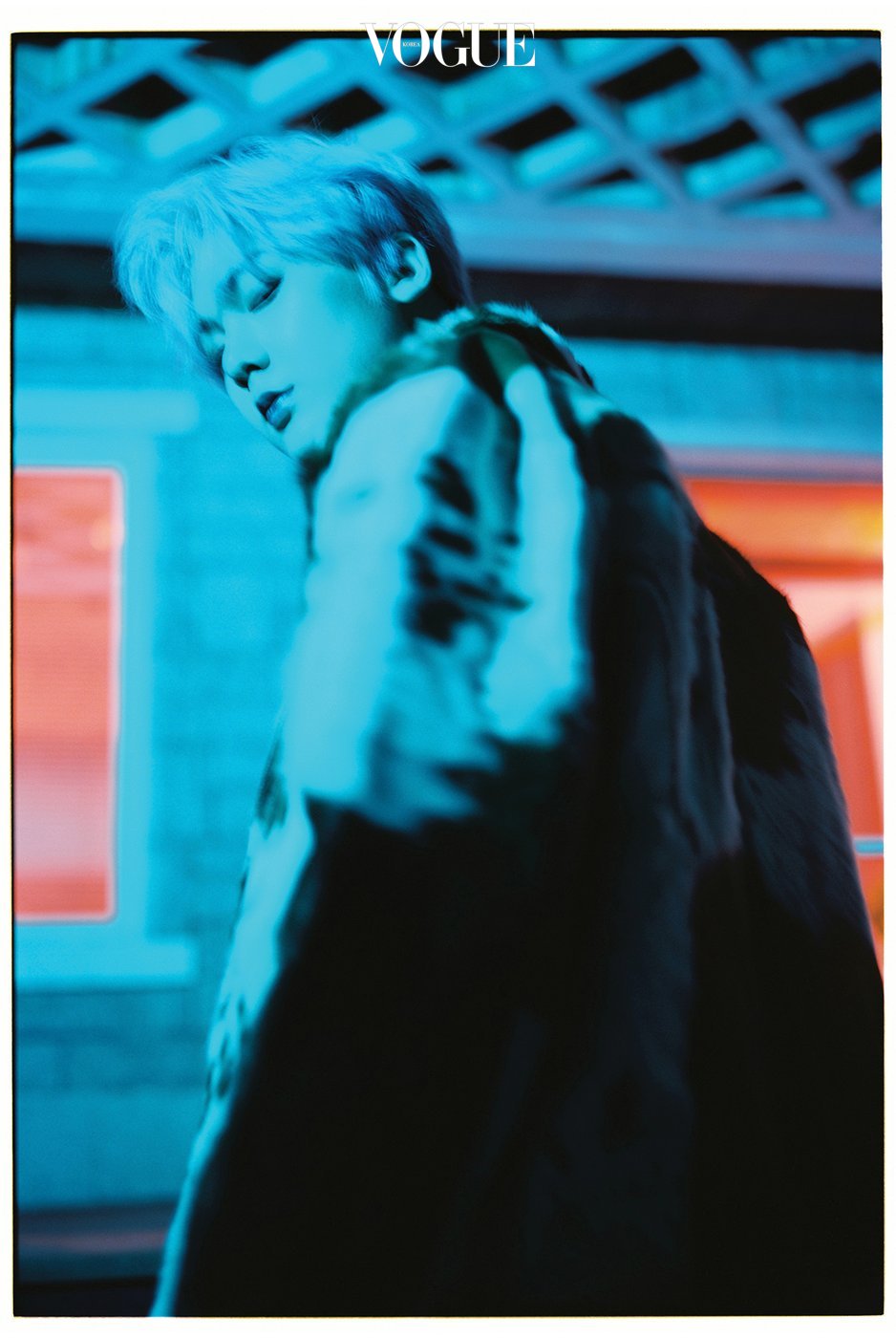 ASTRO
Vogue
How does this article make you feel?