ARMYPEDIA will be holding its second offline event!

On March 7, ARMYPEDIA’s official social media account revealed a poster for the project’s second offline event, “ARMY UNITED in SEOUL.” Official fan club members will come together at the Oil Reservoir Culture Park on March 23 and watch BTS performance videos together for this event. 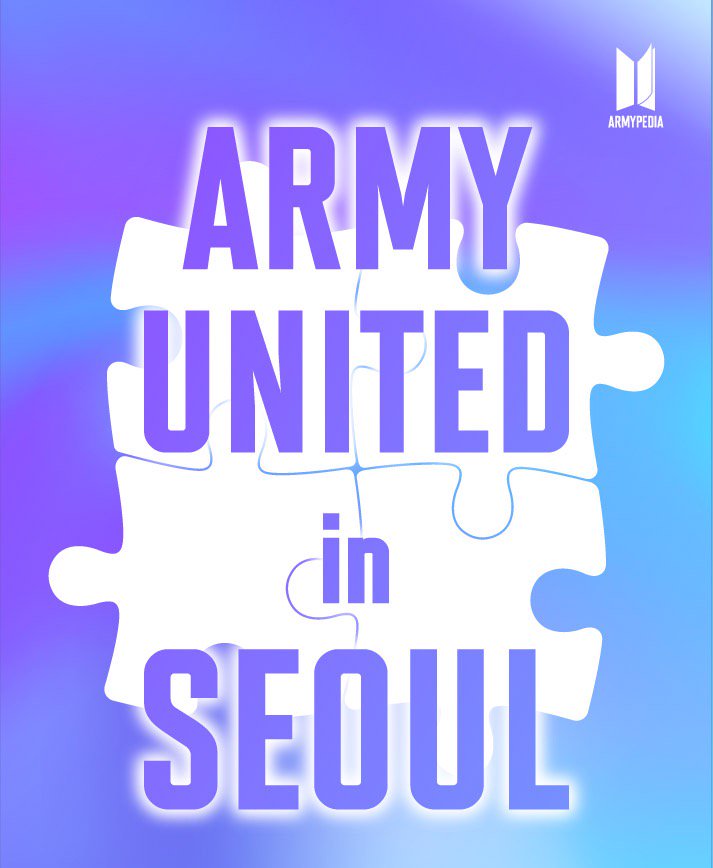 The first official event “RUN ARMY in ACTION” was previously announced to be held in Seoul on March 10. Tickets to the event sold out almost immediately after they opened.

ARMYPEDIA is a global campaign for ARMY all over the world, chronicling the 2,080 days from the group’s debut to the project’s start date. Fans can discover puzzle pieces for each day both online and offline. The puzzle pieces will have QR codes which will unlock the piece’s respective date, allowing fans to post anything about that date.