tvN’s new Monday-Tuesday drama, “He Is Psychometric,” shared teasers of GOT7’s Jinyoung using his powers to help the police and hints of the relationship between Shin Ye Eun and Kim Kwon.

“He Is Psychometric” is about a boy named Yi Ahn with the power to sense feelings and memories through touch (Jinyoung) and a girl named Yoo Jae In with a dark secret in her past (Shin Ye Eun). Kim Kwon plays a cold-hearted prosecutor named Kang Sung Mo, who has some kind of relationship with Yoo Jae In. Dasom plays a detective named Eun Ji Soo, whose brutal honesty and strong drive for justice frequently lead to clashes with her colleagues. 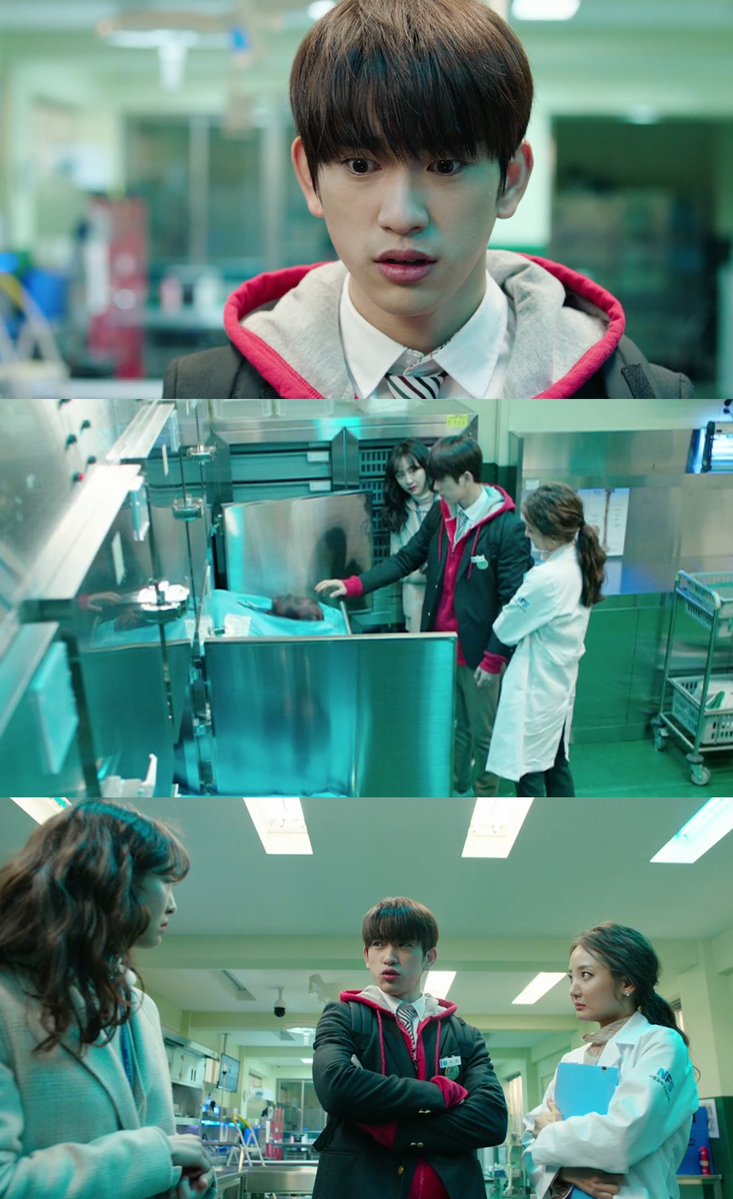 Although Yi Ahn tries to use his powers to give himself the official title of ‘Korea’s Psychometrist,” in reality he is still clumsy at using his powers. In the latest teasers for the drama, Eun Ji Soo takes him to the autopsy room for the first time to use his powers on a dead body. Although he tries to cover it up with a bluff, his expression turns to shock as soon as he touches the corpse. 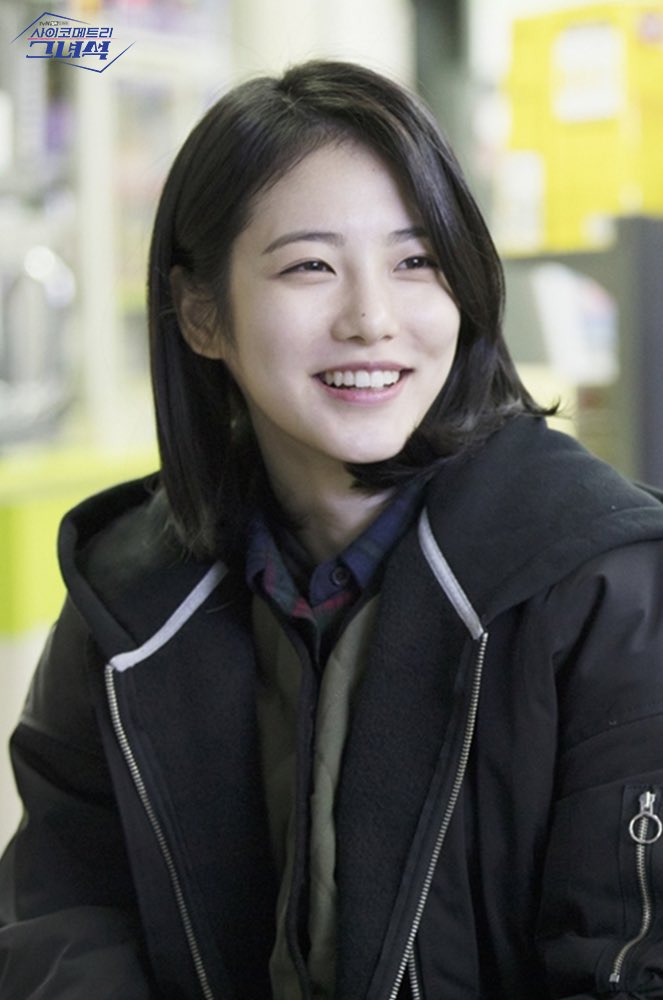 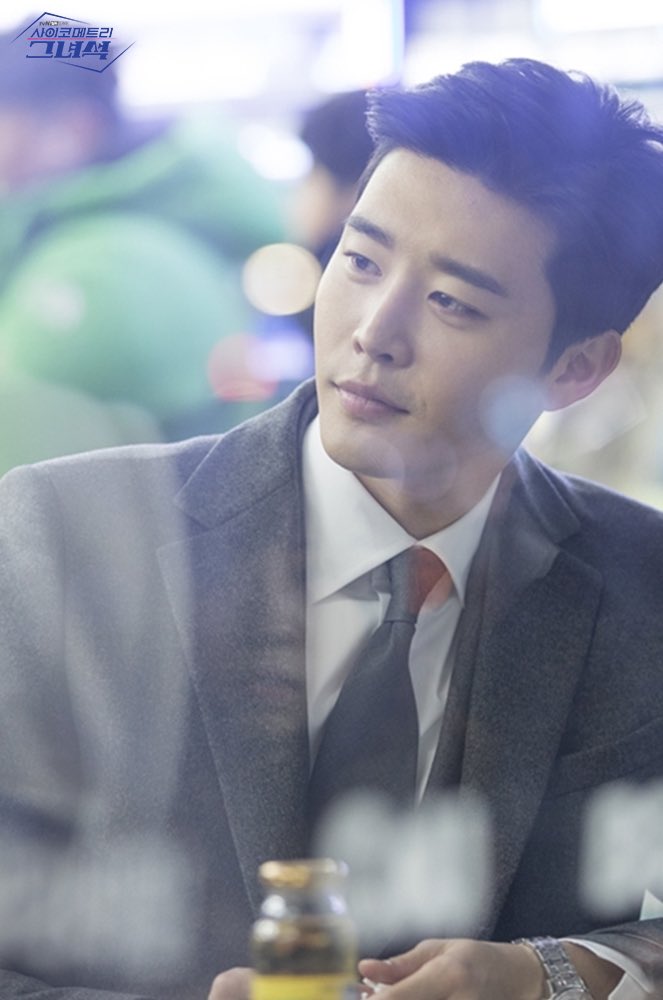 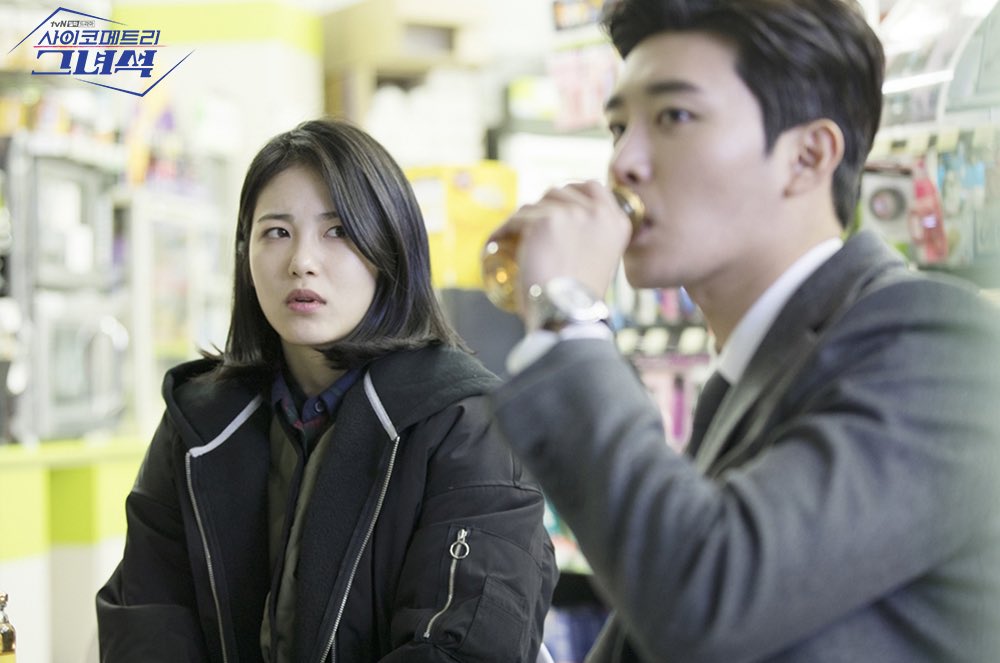 Another set of teasers released by the drama show Yoon Jae In and Kang Sung Mo’s meeting at a local convenience store. Yoon Jae In pretends to be a perfect girl and model student on the outside, but in reality has nothing to her name except her pride and her brains. However, only Kang Sung Mo knows who she really is.