On the March 7 broadcast of SBS’s “We Will Channel You,” Choi Jin Hyuk talked about how strange it was initially to be in an on-screen romance with Jang Nara, who is a close friend.

He said, “When I was 20, before I debuted, I was really close to Park Kyung Rim — we still are — and she took me around introducing me to a lot of people. One day, we had dinner plans with Jang Nara. We were eating, and right when it was about to get awkward, she asked us to come to her house to play Go Stop.”

It was his first time meeting the actress, and when Choi Jin Hyuk got to Jang Nara’s home, her whole family was there, including her parents and brother. “I played Go Stop with her father, with [Jang Nara and Park Kyung Rim].. we played until really late. We kept in touch after that and became close.” 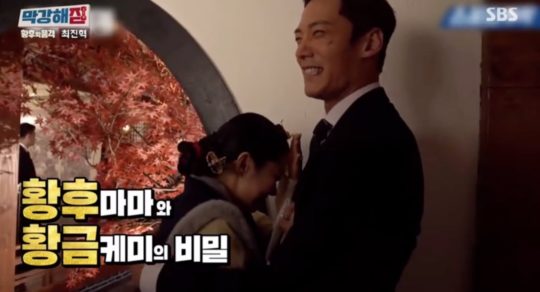 Kang Ho Dong, the host of the show, commented that it’s more strange to act out intimate scenes with someone you’re close with. Choi Jin Hyuk agreed, and said, “It was like that in the beginning of ‘The Last Empress.’ Trying to be intimate with [Jang Nara] was really awkward, and on top of that she treats me like a kid, since she met me when I was just 20.” 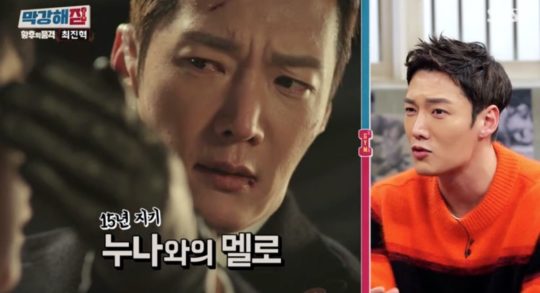 Yang Se Hyung asked if Choi Jin Hyuk wants to be seen by Jang Nara as a man, and he said, “I didn’t not want to be seen as a man. But she treats me like such a kid.” 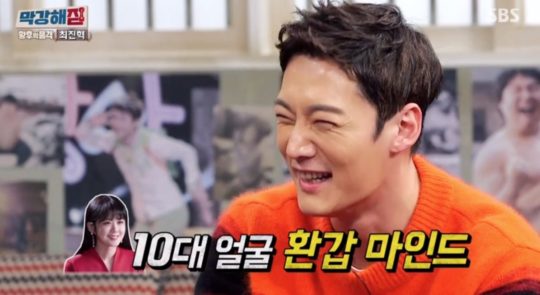 Jang Nara
Choi Jin Hyuk
The Last Empress
We Will Channel You
How does this article make you feel?