With two weeks remaining until the premiere of the K-drama “Doctor Prisoner,” KBS has released two new posters.

Actor Namgoong Min, the star of the drama, plays Na Yi Jae, a genius doctor who becomes the medical director of a prison after being driven out of his position at a major hospital. In the first poster, Namgoong Min faces off against Kim Byung Chul, whose character is nicknamed the “King of Prison.” Stretching out behind the actors is a hallway of the prison, which is a mess and appears to be in the aftermath of a riot. 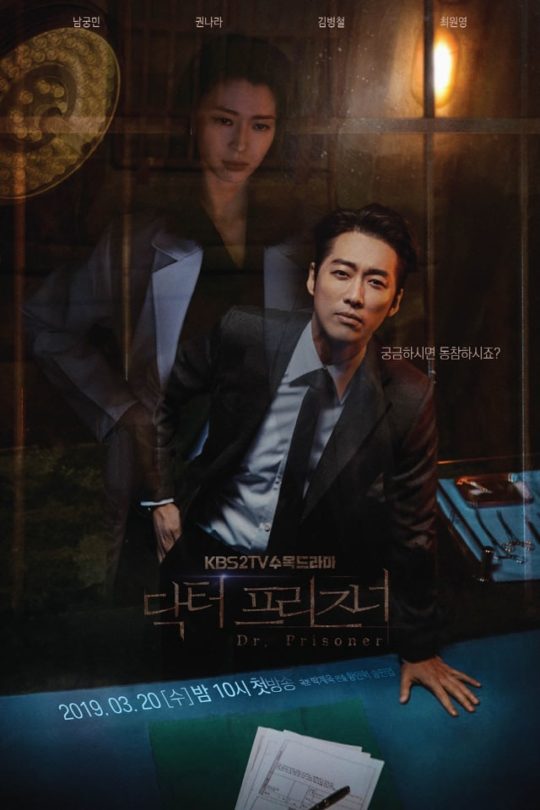 The second poster, featuring Namgoong Min and Hello Venus’s Nara, holds an air of mystery with the superposed operating room and prison cell. The copy next to Namgoong Min reads, “If you’re curious, why don’t you join me?”

A source from the drama said, “You can look forward to the prison ‘game of thrones’ between Namgoong Min, Kwon Nara, Kim Byung Chul, and Choi Won Young, at times elaborate and delicate like a surgery and at times precarious, as if against the sharp edge of a blade.”

“Doctor Prisoner” premieres on March 20 at 10 p.m. KST, taking over the time slot of “Liver or Die.”