Golden Child’s Y And TAG Talk About Being Grateful To INFINITE and Lovelyz, Future Goals, And More

Golden Child’s Y and TAG participated in a photo shoot and interview with bnt where they talked about a wide variety of topics.

Though the photo shoot and interview took approximately five hours, the duo never tired as they showcased great chemistry. Y emphasized how they’re a match made in heaven as he explained, “In the first agency I was at, TAG was there too and we almost debuted in the same group there.” TAG also added, “I have good chemistry with Y. Once we’re more experienced and we get the chance, I’d like to release a unit album with him.”

The members of Golden Child are beginning to branch out more as artists, with fellow Golden Child member Joochan recently making his solo debut. Y didn’t hold back on his praise as he said, “We heard his song before it was released. It was so good that as soon as I heard it, I got goosebumps. He has a great vocal tone and emotional delivery, and I think that shined through in his music.” When asked if they would like to debut as solo artists as well, both said no and explained, “We don’t think it’s our time yet. We want to focus on our group activities for now.” 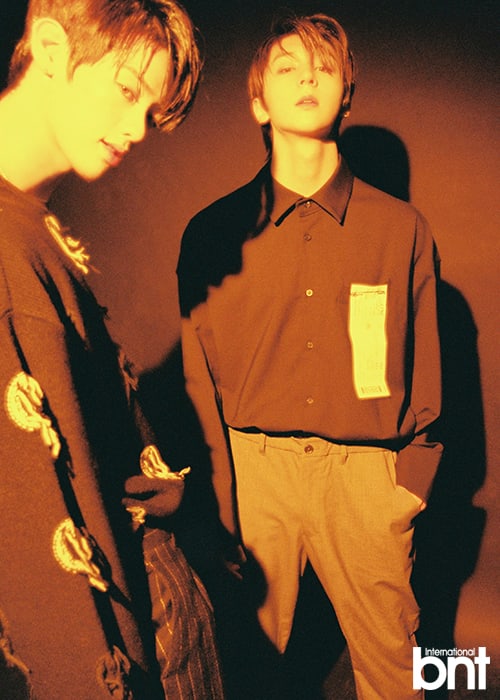 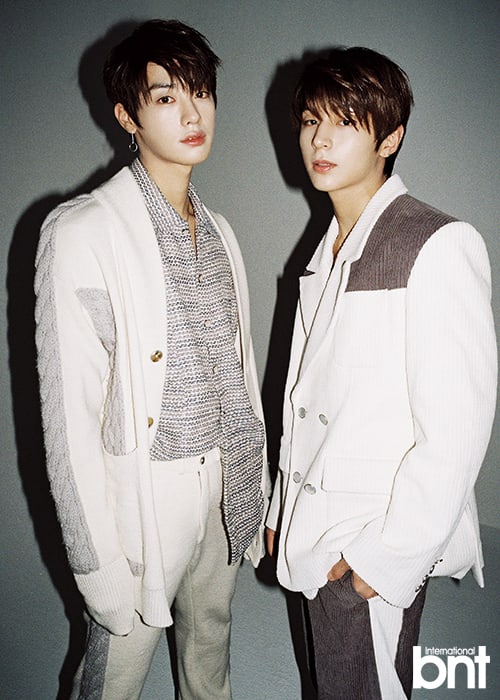 Y and TAG also expressed their gratitude for labelmates and seniors INFINITE and Lovelyz. TAG said, “Lovelyz will always visit us when we have a showcase or fan meeting to show their support,” and Y talked about INFINITE’s L as he said, “We once appeared in the SBS drama ‘My Lovely Girl’ together, and he gave me so much advice and encouragement.” Y also picked INFINITE’s Dongwoo as his role model as he said, “Dongwoo is a skilled rapper, singer, and dancer. I look up to him and want to emulate his talents and skills.”

Finally, Y and TAG talked about Golden Child’s goals for the future. When asked what they hope to achieve in 2019, they said, “Golden Child hopes to open our solo concert this year. And we’d like to top the charts as well.” They also stated that they hope to continue to connect with fans from all over the world. 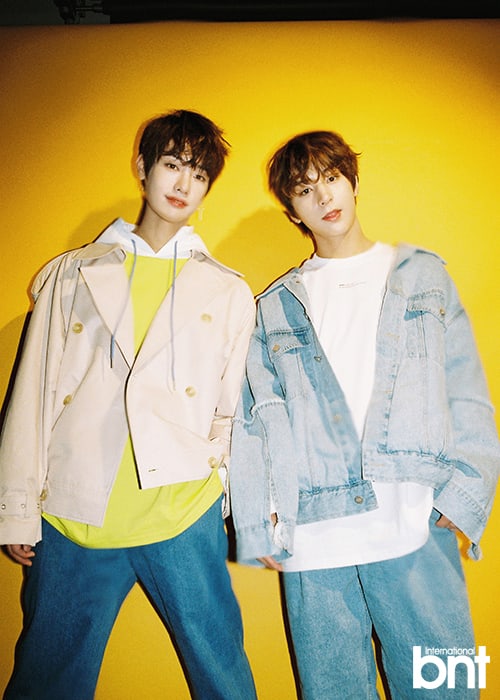