SBS’s “Running Man” has shared photos and a preview from its upcoming episode!

On March 8, the variety show released a sneak peek of its next episode. In the preview, the cast prepares a special “university orientation” for “Running Man University” students and introduces this year’s batch of freshmen (and special guests) Han Da Gam, Geum Sae Rok, and Hong Jin Young. The timing for this special episode is appropriate as Korean universities start the academic year around the beginning of March.

In the clip, the guests introduce themselves and play games that freshmen would actually play at their orientations. Among the freshmen, however, is a clueless upperclassman who does not belong. 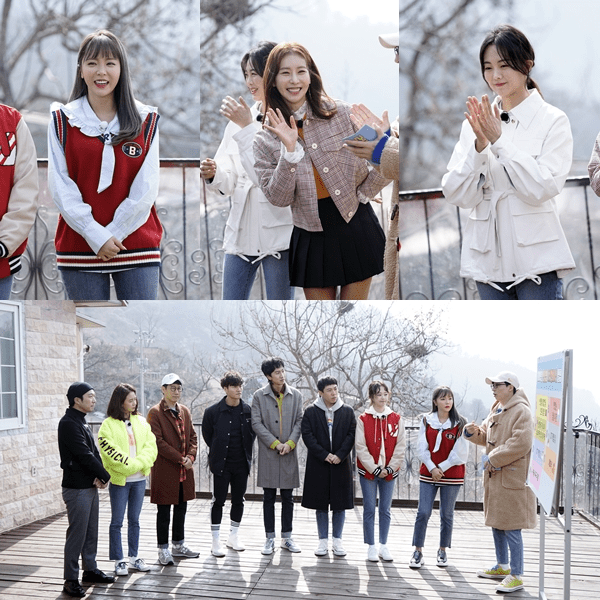 Trot singer Hong Jin Young kept her promise of appearing on the show and acted as the mood-maker with her unique and bubbly personality.

Geum Sae Rok, who currently stars in SBS’s Friday-Saturday drama “The Fiery Priest,” adjusted well to “Running Man” despite being a rookie when it comes to variety shows and showed off her “insider” skills as a young person. Ha Da Gam, who previously promoted under the name Han Eun Jung, became the guest member to be relentlessly teased by the “Running Man” cast members due to her hilariously awkward commentary.

This week’s episode of “Running Man” will be a race to catch the unidentified upperclassman who follows the freshmen to their orientation.

Catch up on last week’s episode of the variety show below!